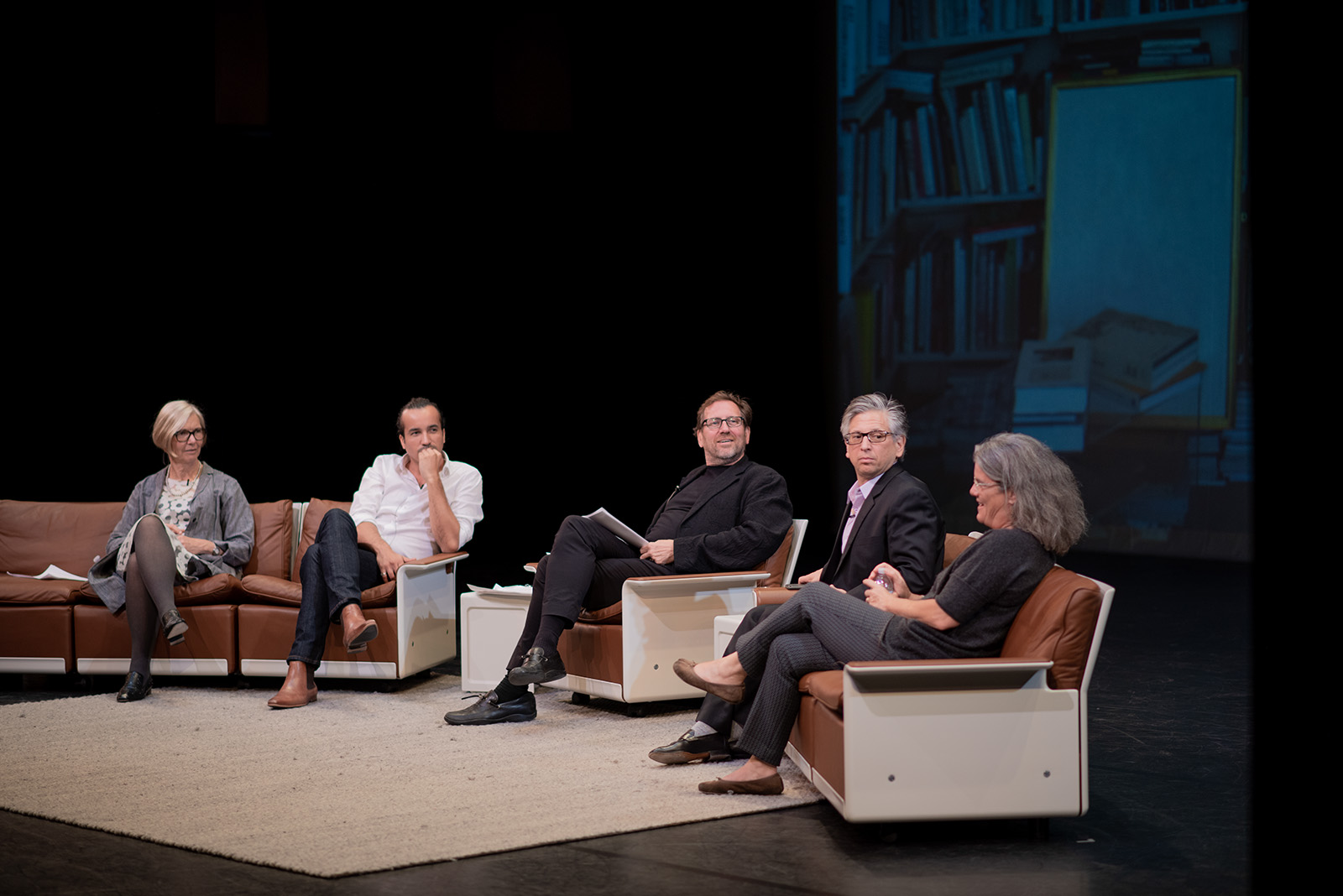 Space can be interpreted as humbling in size, an immense entity or as an oppressive, limiting force, said UCLA professors in a new lecture series.

Four UCLA professors, from disciplines ranging from nanoscience to architecture, attempted to answer the question, “What is Space?” Tuesday night at the first session of a new lecture series from the UCLA School of the Arts and Architecture.

Tuesday’s panel included Andrea Ghez, a physics and astronomy professor, and Paul Weiss, a chemistry and biochemistry professor, in addition to Rodrigo Valenzuela, an assistant professor of photography, and Dana Cuff, an architecture and urban design professor.

Ghez described space from a scientific perspective, focusing on its immense size. She said that our galaxy is only one of many and that most of what we see in space dates back millions of years, due to the large distances light must travel to reach us.

“If you ask an astrophysicist what space is, they will tell you it’s three things,” Ghez said. “It’s really big, very humbling and connected to time.”

Weiss discussed the concept of space on a much smaller scale, emphasizing the idea that tiny differences in atomic spaces can matter immensely by impacting the types of bonds formed between atoms.

Approaching the subject from a more artistic perspective, Valenzuela said space can become oppressive or can be limiting in his discipline, as the traditional white-walled gallery space can act as a constraint on his artwork since he feels it does not fit his work.

He added he thinks both physical spaces, such as rooms, and social spaces can feel oppressive as a person of color due to limitations imposed by institutions.

In the world of architecture, Cuff said politics can have an especially large impact on spaces. She said she is currently working on a project that aims to reclaim unused spaces in Los Angeles, particularly backyards, by changing certain California laws to increase the amount of housing.

She added that she chose to participate in the lecture because of her interest in discussing architecture in a more public and collaborative setting.

“I feel like one of my passions is to communicate about architecture in a more public setting and in a collaborative setting and to me I learn so much from working in that kind of context,” Cuff said. “I knew I would not only be able to explain some things but I would benefit and learn some things.”

Lucy Borup-Douglas, a second-year fine arts student, said she was excited to discover the series was both a class and a panel open to the public because she was unable to secure a spot in the course. She added she decided to attend the lecture after learning that Valenzuela would be speaking, as her friend told her Valenzuela was a great speaker.

“I come from a background in the arts, I guess, so I think I connected with those speakers more – (Valenzuela) and the architecture professor,” Borup-Douglas said. “(Maybe it’s) just because it’s easier for me to synthesize that material, but I thought that they were all really well-spoken.”

Ghez added she thinks the lecture series is an exciting opportunity to expose students to different academic disciplines they are unfamiliar with.

“This is a venue where we’re trying to use a language that can connect,” Ghez said. “I think in a university you have this opportunity to really see the whole universe of ideas so a course like this really exposes you to different parts of the university.”

Valenzuela said he thinks the series is important for students because some important questions require multidisciplinary answers.

“I think if you present the students with all the possible answers for the same (question) you can actually expand the possibilities of my field or architecture, so I think it’s a smart move.” Valenzuela said. “It just makes you realize how many takes there can be in one single subject.”