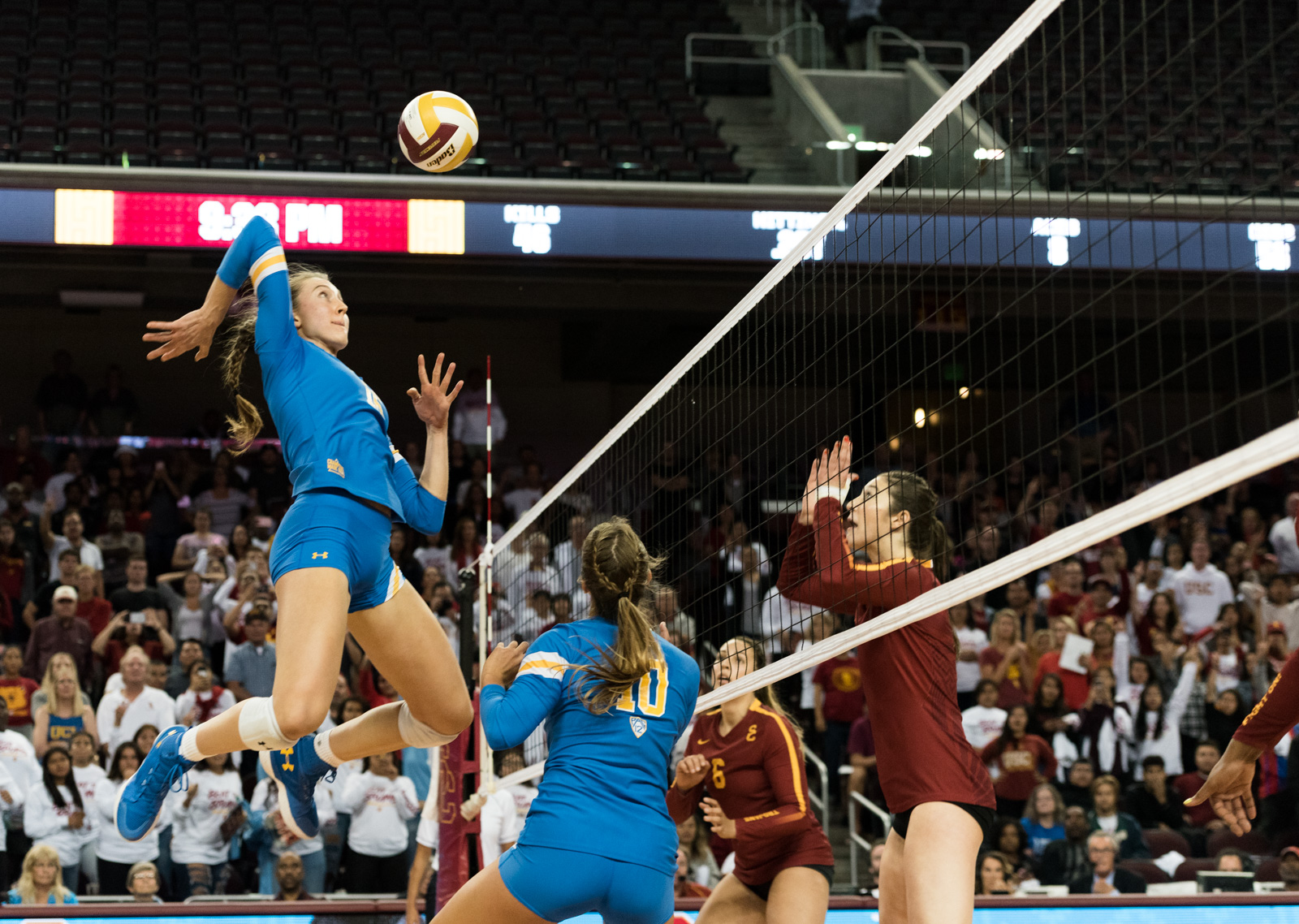 The Bruins had a couple of large roles to fill heading into this season.

Graduated seniors outside hitter Reily Buechler and setter Sarah Sponcil led UCLA women’s volleyball last year with 3.53 kills per set and 11.23 assists per set, respectively. They were two of three Bruins to play in every single set last season.

No. 17 UCLA (7-4, 2-2 Pac-12) added seven freshmen this year including setter Devon Chang – the reigning California Gatorade State Player of the Year – to bolster its roster.

“We’ve got 18 people who are going to help UCLA win volleyball games,” said coach Michael Sealy. “It’s a meritocracy. People are going to earn their spots.”

Sophomore outside hitter Mac May has become the primary offensive option, increasing her output from 2.59 kills per set last season to 3.42 kills per set this season – 0.8 higher than any other Bruin.

However, three of UCLA’s main attackers from last season – senior middle blocker Kyra Rogers, sophomore outside hitter Jenny Mosser and junior middle blocker Madeleine Gates – have seen a reduction in their kills per set this season.

“I’m just super excited,” Light said after the match. “It feels good to come back after a long stretch of not being able to play.”

After losing starting setter Sponcil, Sealy has also tested different options at setter throughout the season.

In the first three matches of the season, Miller and Chang split time setting. Chang secured a double-double with 52 assists and 16 digs against San Diego in her first match playing the entire time.

“We have a lot of players who can play right side, thrown at the outside and (be) setters,” May said. “It’s nice to have that competition between each position and fighting for a spot and fighting to keep getting better.”

The two setters reverted to splitting time for a while until Sealy exclusively played Miller against Utah and Stanford. Miller registered her maiden double-double with 41 assists and 22 digs in a win against Utah, but only managed 26 assists and eight digs in the three-set loss against Stanford.

In the Bruins’ most recent matchup against Cal, Miller started but was subbed out late in the second set for Chang.

“It definitely helped the switches that we made,” May said. “Each player that came in did a great job or filled a role that needed to be fulfilled.”

“I’m open to looking at everybody contributing and competing through the first half of the Pac-12 schedule,” Sealy said. 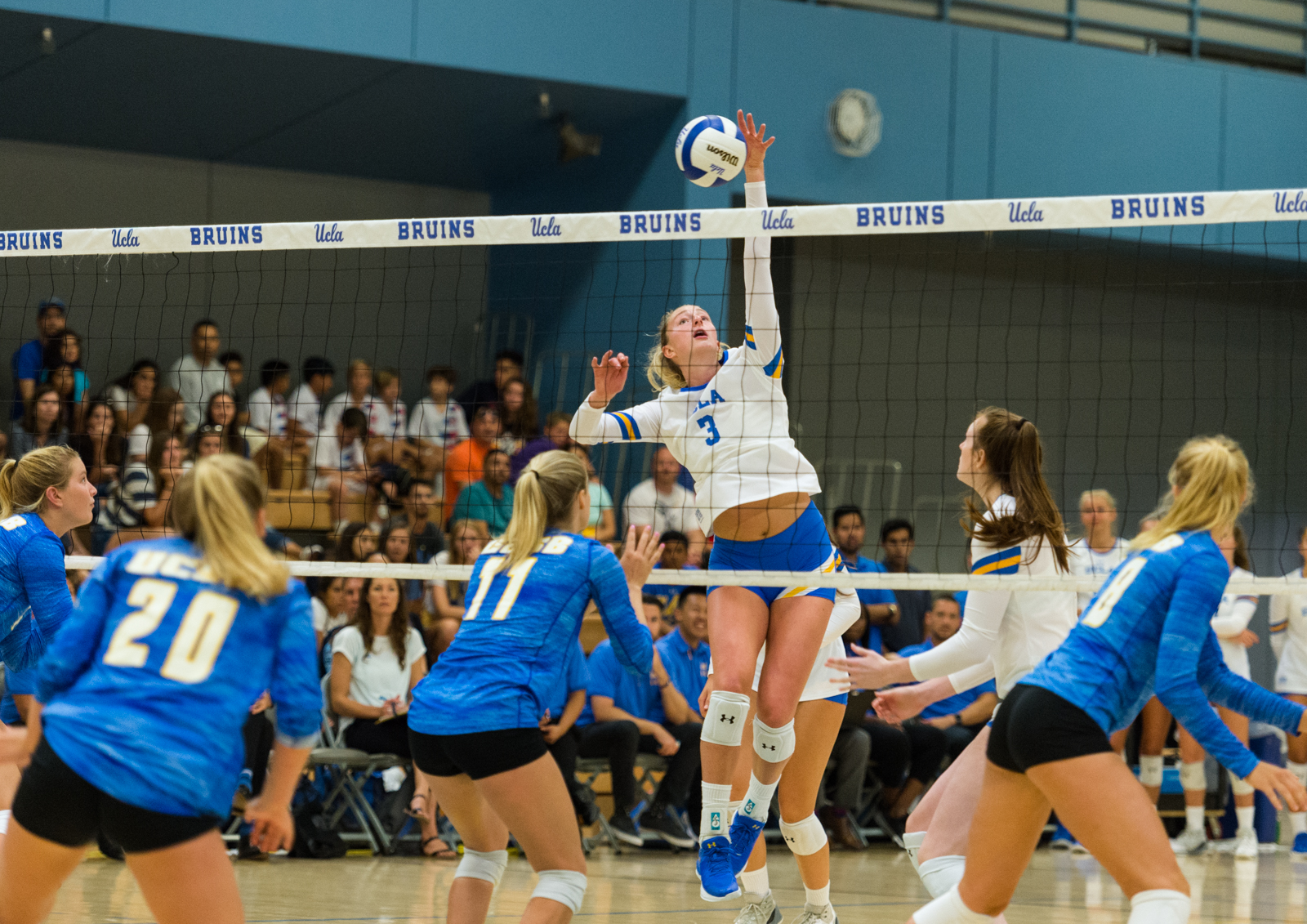 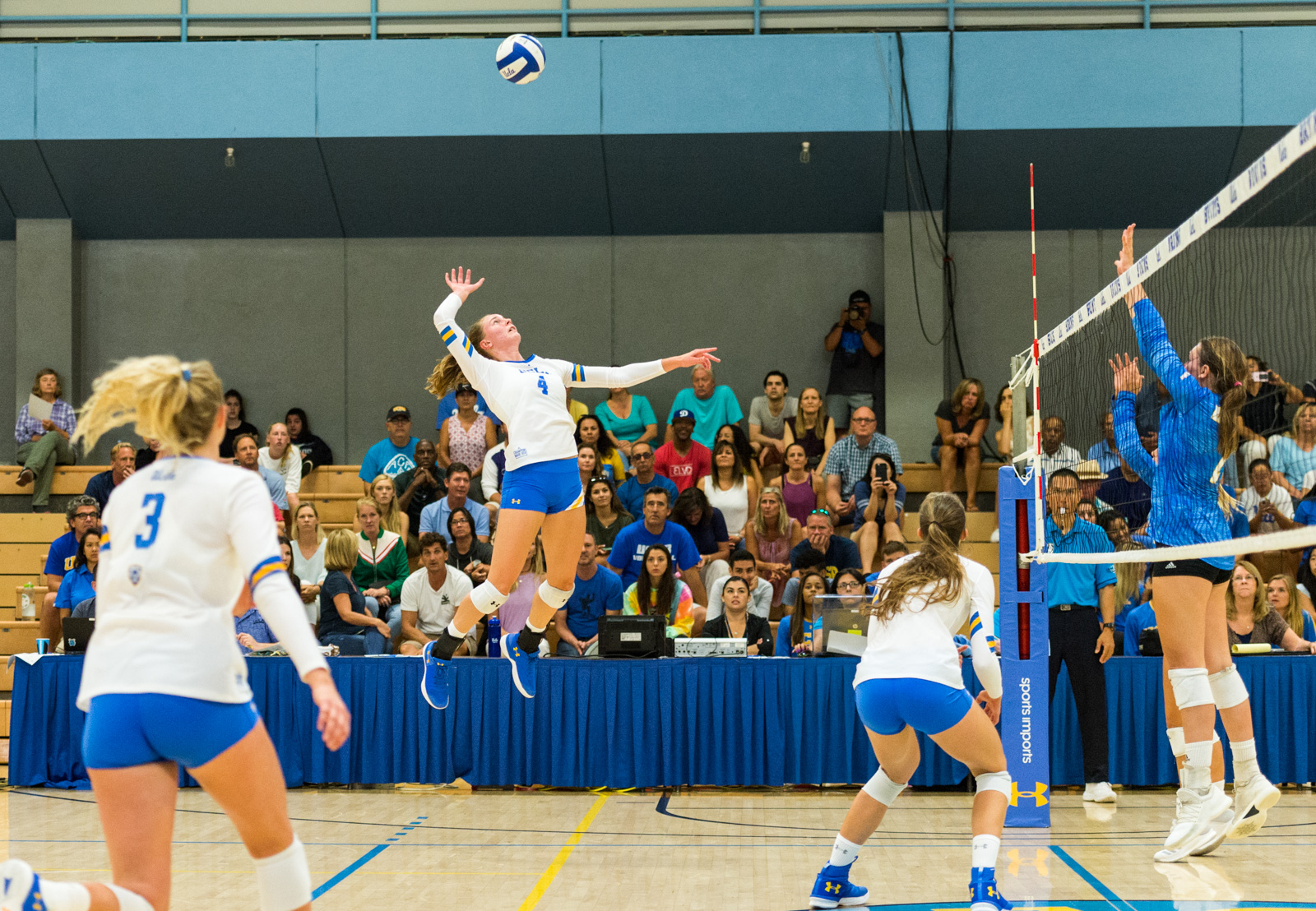 Women’s volleyball opens season up with sweep of Gonzaga 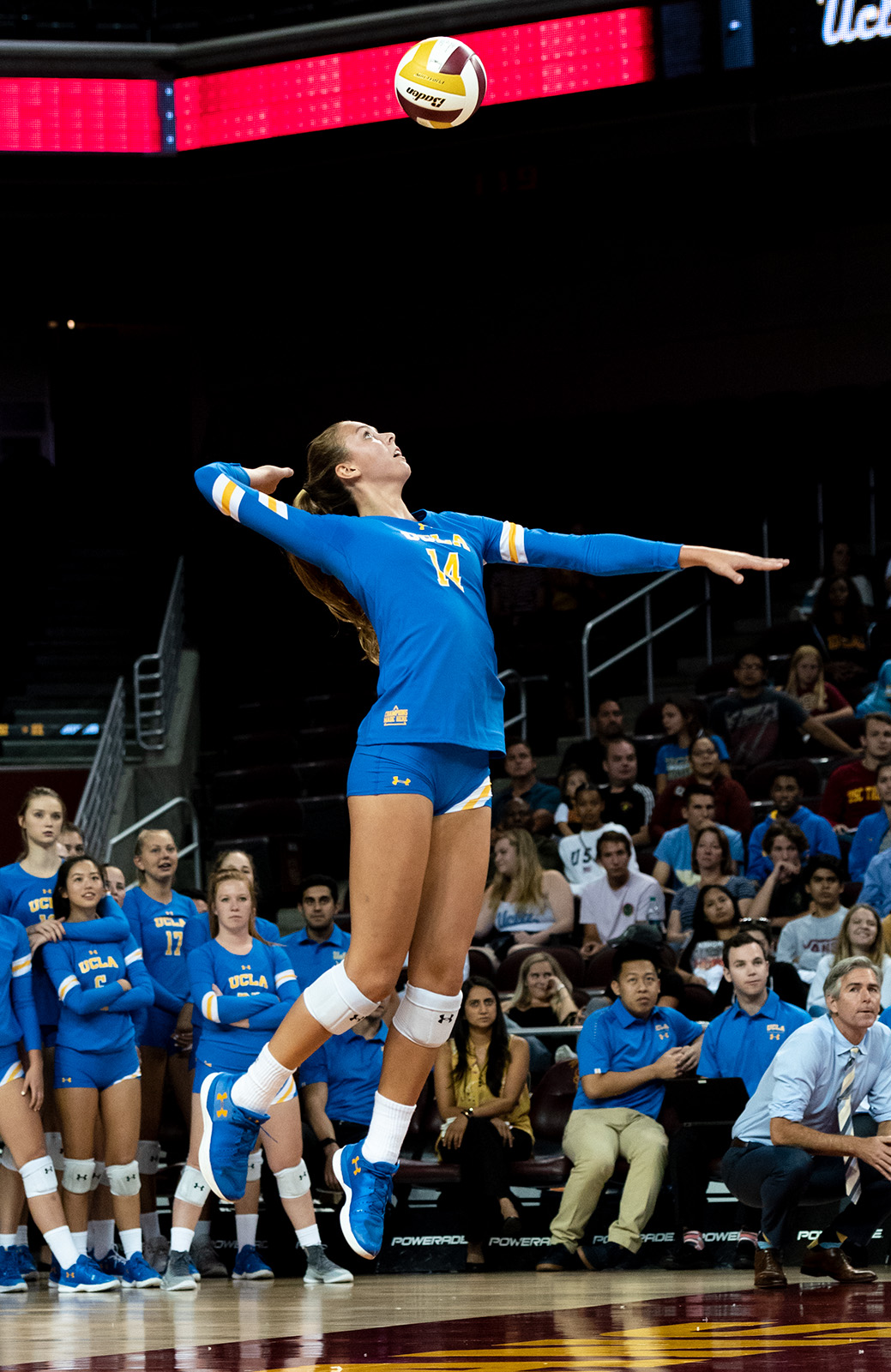