Rideshare company Lyft has debuted a new line of electric scooters in Santa Monica, adding to the long list of scooter companies competing in the region.

The program permits each company to operate 750 devices, either e-scooters or e-bikes, within the city for 16 months. Eight other mobility companies applied to the program as well but were not approved. Los Angeles shortly after released their own e-scooter set of policies, allowing companies to apply for a one-year permit to deploy scooters within the city.

The Santa Monica Shared Mobility Pilot program sets a precedent for local e-scooter policy in LA by running a controlled test run for e-scooters in the city. Santa Monica previously sued Bird for failing to secure business permits and vendor licenses, and settled in February. The introduction of e-scooters in Westwood prompted UCPD to crack down on the devices February, issuing tickets and confiscating scooters if students rode them along Bruin Walk.

Gov. Jerry Brown also signed Assembly Bill 2989 into law Sept. 19, allowing riders to operate the e-scooters without helmets. These policy changes are prompted by the rapid growth of the e-scooter industry, which now has multiple companies with billion-dollar valuations according to CNBC.

David Martin, the director of Planning and Community Development in Santa Monica, said he thinks the four companies will provide transportation most effectively in the city.

“The selected companies bring a wide range of local, national and international experience that will contribute to a comprehensive and informative pilot program,” Martin said.

E-scooters allow passengers to connect to a mobile application that lets anyone with a mobile phone access and ride the scooters for a fee. Bird, Lime and Lyft scooters cost $1 to unlock and $0.15 per minute, and Jump costs $1 for the first 5 minutes, with $0.15 for every minute after that.

The Santa Monica program is Lyft and Uber’s first foray into e-scooters. Bird scooters first launched September, 2017, starting the electric scooter trend, followed by Lime in May. Lyft plans to expand to 10 additional cities by the end of the year, said Katie Rubino, a Lyft spokesperson.

Some UCLA students said they have not been affected much by scooters on campus or do not think the scooters have provided additional transportation options for students.

Fernanda Cuadra, a first-year psychology student, said she does not think much of e-scooters because she has not seen many people use them.

“I don’t care much for them because I’ve never used them too much,” she said.

Erick Lopez, a second-year microbiology and molecular genetics student, said he thinks that e-scooters can be problematic if they are used in crowded areas, and prefers other forms of transportation instead.

“I find it kind of annoying, especially when people use them in places they’re not supposed to … I don’t think it will change other transportation options that I use,” Lopez said. “At best it’s helpful to get across campus in a hurry, but it wouldn’t stop me from using other transportation.”

Bryan Jiang, a second-year microbiology and molecular genetics student, said he thinks that e-scooters could replace other transportation options like ridesharing.

“Yeah I definitely think there’s potential to use them for that, especially instead of Lyft or Uber,” Jiang said. “I don’t really have any problems with them as long as it’s not crowded.”

David Fairbank, the Lyft Bikes and Scooters Market Manager for Los Angeles, said the aim of Lyft is to provide e-scooters as an affordable transportation option.

“Affordability is one of the major benefits of these scooters,” Fairbank said. “We look forward to bringing our additional ride options to more markets in the near future.” 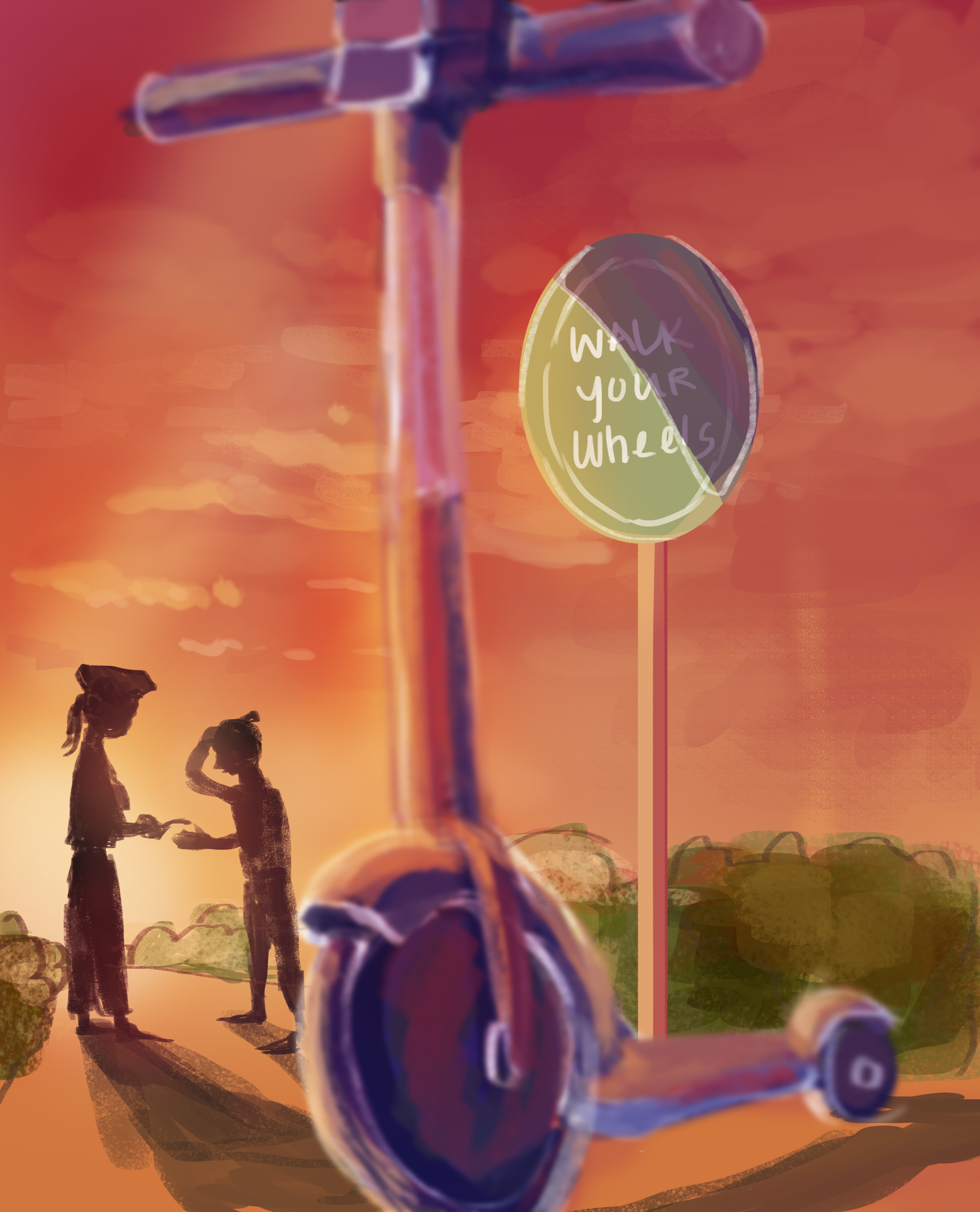