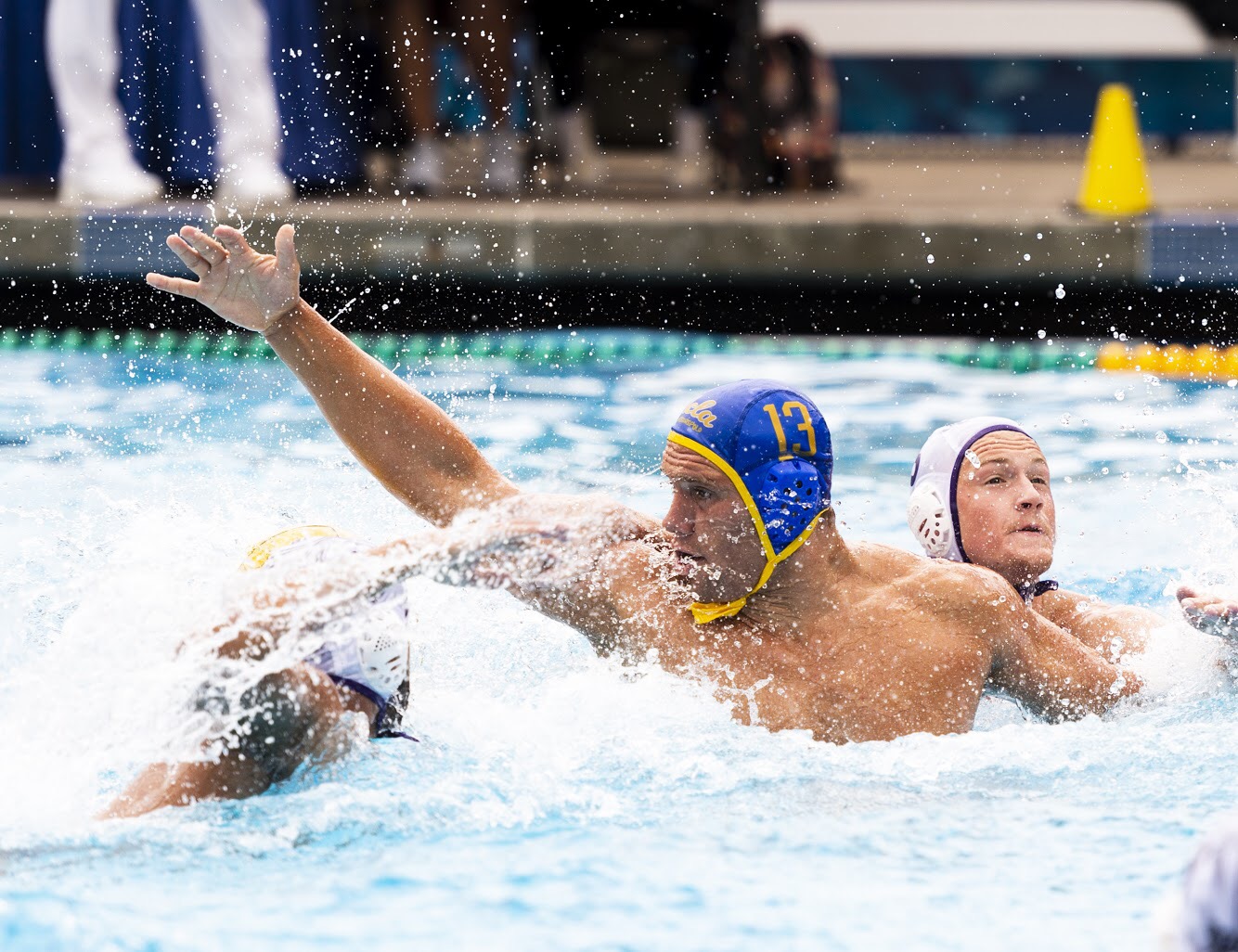 Despite struggling early, the Bruins have kept their undefeated streak alive.

No. 2 UCLA men’s water polo (14-0) bested No. 5 Pacific (5-5) in Stockton, California, on Saturday in the first of two top-10 road games this weekend. The Bruins handed the Tigers their fourth consecutive loss.

“We played the Tigers last year in the semifinals for NCAAs,” said sophomore attacker Nicolas Saveljic. “We have seen their style before. It was hard to play in their environment and fans, but we controled the game and were well prepared.”

UCLA opened the scoring when senior attacker David Stiling got past Pacific’s defense to score from the front court early in the first quarter. The Tigers answered with goals by both Engin Ege Colak and Luis Araya to take a 2-1 lead.

“I was pretty far out there – maybe four or five meters out,” Brozyna-Vilim said. “But (Molthen) managed to get it to me and I shot it from inside waters and it skipped under the goalkeeper’s right arm.”

Freshman attacker Jake Cavano cashed in on an early power play opportunity to give the Bruins the lead. Cavano has scored in all five of the games he has played in this season.

Senior attacker Austin Rone scored to put UCLA ahead again. Saveljic added another goal off a counterattack to put the Bruins up 5-3 at half.

In the third quarter, sophomore utility Evan Rosenfeld increased UCLA’s lead to 6-3. Pacific’s Luke Pavillard and Ege Colak each found the back of the net near the end of the third, bringing the Tigers within one of the Bruins as they entered the final quarter.

Saveljic converted a penalty shot to score his second goal of the game less than a minute into the fourth quarter.

Brozyna-Vilim then scored his second of the match with an assist from Saveljic to seal UCLA’s victory over Pacific. Brozyna-Vilim’s two goals advanced him to third place in scoring for the Bruins with 18 total goals.

“When I scored my first goal, they missed their shot and I got a long pass from (redshirt junior goalkeeper Alex Wolf) to score,” Saveljic said. “Everything was working in a system for us. It’s not about individuals, it’s about the team, and I’m sure every individual has something more to give every game to make this team even better.”

This was the first match in which sophomore center Quinten Osborne – the Bruins’ top scorer of the season – did not record a goal. A total of six UCLA players managed to score in Stockton.

“All my moves depend on the rest of the team.” Brozyna-Vilim said. “I can’t get the ball if they don’t do their jobs, and everyone on the team has a responsibility to provide for our success.”

UCLA will stay in Northern California to face No. 8 UC Davis (8-3) on Sunday where it will have the opportunity to increase its win streak to 15 games.