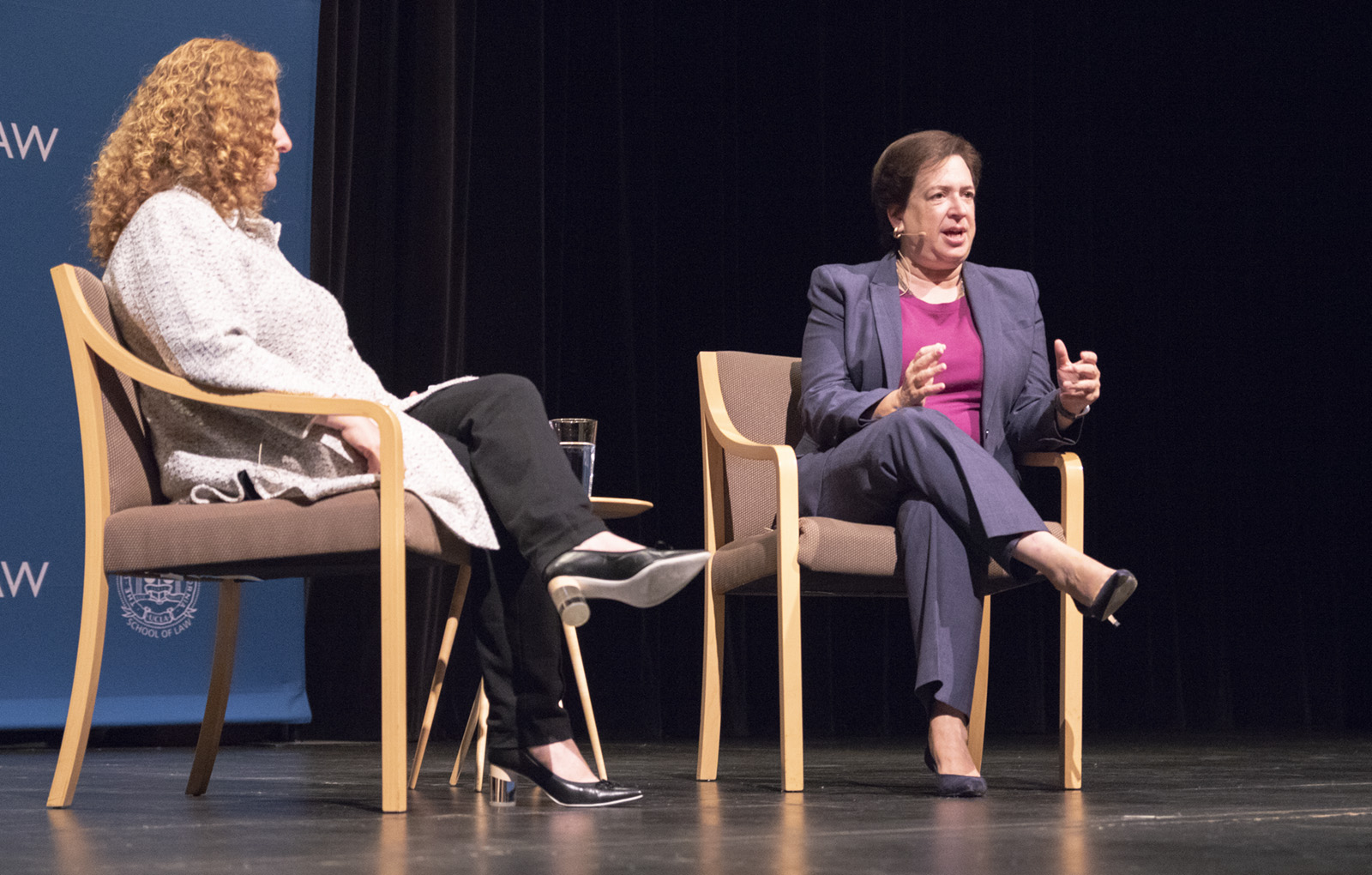 Supreme Court Associate Justice Elena Kagan spoke about the current perception and diversity of the court in American society during a Thursday visit to UCLA.

Kagan, who previously served as United States Solicitor General and dean of Harvard Law School, spent the day interacting with law students and faculty during breakfast and lunch events before the evening program, which was sponsored by the school of law.

Jennifer Mnookin, dean of the school of law, interviewed Kagan, who was nominated by former President Barack Obama to the Supreme Court in 2010, before accepting questions from the audience.

Throughout the program, Kagan stressed the importance of embracing diversity of viewpoints and demographic characteristics, especially on the Supreme Court.

“This is an institution of governance and even though it’s one that is furthest removed from the populace … for the people to have confidence in the institution, they have to have some sense that the institution reflects America,” Kagan said.

Kagan spoke in particular of the impact women have had in the judiciary and how the court’s perceptions of women have changed over time. She referenced Safford Unified School District v. Redding, saying the gender makeup of the court at the time influenced how the justices arrived at their conclusions in the case.

“In general, I think being a woman does not much affect the kind of decision-making I do, or even the way I speak or think about certain issues,” Kagan said. “It’s not to say I don’t think these diversity considerations are important for the court.”

Despite her desire to see the court increase its representation of women, Kagan expressed appreciation for the traditions and regulations the justices follow, including the role of the junior justice on the court cafeteria committee and the confidentiality of the judicial decision process.

“I get on (the bench) … and the first thing that happens to me is I’m put on the cafeteria committee,” Kagan said. “Every month I went to this meeting, and it would be like, ‘What happened to the good chocolate chip cookies?’”

In addition to occasional descriptions about court functions, Kagan also addressed how the court avoided constant evenly split decisions following the death of Associate Justice Antonin Scalia in 2016, even when it was ideologically split on cases.

“Rather than just keep on bashing each other about (what we) disagree about, (we focused on) finding a place where we could agree, even if that meant that we didn’t decide everything,” Kagan said.

Kagan said the justices all feel the pride of contributing to consequential decisions for American society.

“The virtues of consensus building, especially in a time of acrimony and partisanship in the country at large, makes a lot of sense,” Kagan said.

She added the court tries to reduce the perception of division on the bench through extensive discussion during deliberation and comments made during litigants’ oral arguments.

“The court’s strength as an institution of American governance depends on people believing it has a certain kind of legitimacy – on people believing it’s not simply just an extension of politics, that its decision making has a kind of integrity to it,” Kagan said. “If people don’t believe that, they have no reason to accept what the court does.”

Celia Brunet, a master’s student in law from France, said she appreciates how accessible a person Kagan appears and said she became more aware of the differences between the American legal system and the French civil law system.

“She demystified the function of the Supreme Court,” Brunet said.

Xueer Deng, also a master’s student in law, said she was glad she attended the conversation because it inspired her to continue pursuing a legal career.

“I think for me it was a very precious experience,” Deng said. “It was really inspirational, especially for female law school students.”