Women’s soccer heads northward to face off against No. 1 Stanford, California 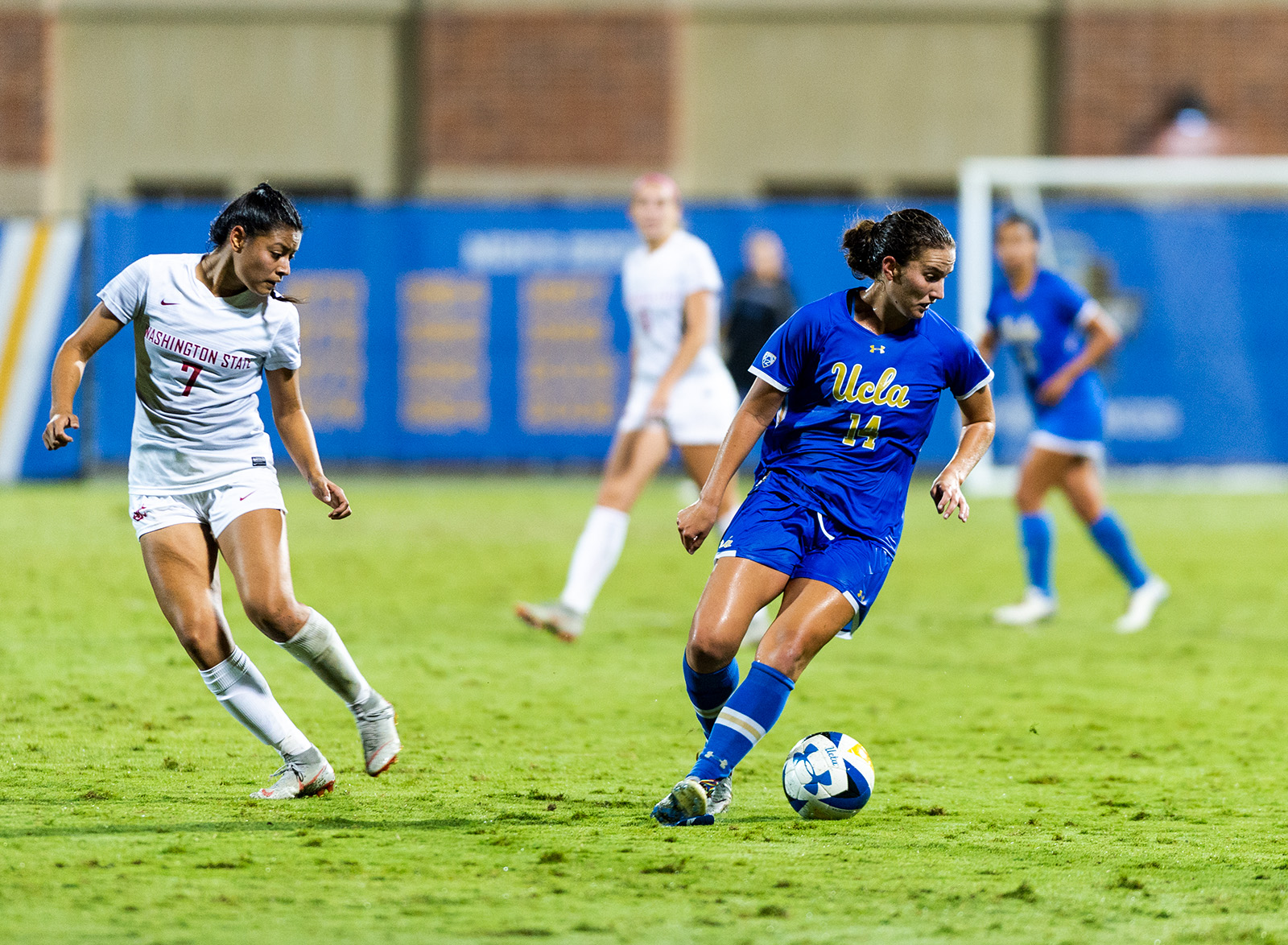 The Bruins will travel north to face off against two Pac-12 opponents, including an NCAA final rematch.

The last time the Bruins met the Cardinal was in the 2017 NCAA women’s soccer College Cup championship, in which UCLA fell 3-2 in regular time.

Senior forward/midfielder Anika Rodriguez said the Bruins will head into the second and third Pac-12 matches expecting to return with positive results.

“They beat us last year in the national championship so we have a little chip on our shoulder,” Rodriguez said. “We are going up there to prove to ourselves that we can beat any team. After a tough loss last week, we want to come out with a big result and have two road wins.”

Nine of the starting 11 from that match are still on the UCLA roster and seven started Friday in the loss against Washington State.

The Bruins, however, will be without senior forward/defender Hailie Mace and junior midfielder Jessie Fleming as they return to national team duty in preparation for the 2018 CONCACAF Women’s Championship beginning Oct. 4.

Mace and Fleming were both named on the Missouri Athletic Club Hermann Trophy watch list prior to the start of the 2018 season and will be representing the U.S. and Canada, respectively.

Stanford is undefeated so far this season, with its only draw coming against now-No. 4 Santa Clara. The Cardinal have not lost a match since Aug. 25, 2017 – a 31-game unbeaten run.

The Cardinal have scored 25 goals while only conceding five goals this season, with 17 players on the roster recording a point and three with over 10 points.

UCLA coach Amanda Cromwell said she expects two physical matches, despite Stanford and Cal being on polar ends of the NCAA rankings.

“Pac-12 weekend on the roads means there are going to be some tough games,” Cromwell said. “Stanford is still undefeated but they are riding with some confidence, and Cal is a little bit on the lower side of confidence but they are always scrappy and they fight.”

The Bruins defeated Cal 1-0 last season at home, with the goal coming from then-freshman forward Ashley Sanchez. UCLA recorded 19 shots and nine on goal that match.

UCLA recorded 19 total shots and nine shots on target against Washington State on Friday, but failed to score.

Cromwell said the Bruins have been working on combination play up-front in order to be more dangerous in front of the goal, as they will not have such a large share of possession in the upcoming matches.

“We have been working on how to be more creative in the attack and be more dangerous,” Cromwell said. “We left some goals on the table in the last game and that is frustrating because we know we had 75 percent of the possession. It is going to be back and forth, but we’ve got to finish our chances.”

Sophomore midfielder Olivia Athens came to UCLA from the area around Northern California and said the matches serve as a homecoming.

“It is weird because I would grow up playing at Stanford so it’s a little bit of a homecoming but I want to beat them as they are one of our biggest rivals,” Athens said. “My whole family and friends are going to be there so it’s going to be awesome.”

UCLA will visit Stanford on Thursday at 8 p.m. and California on Sunday at 3 p.m.