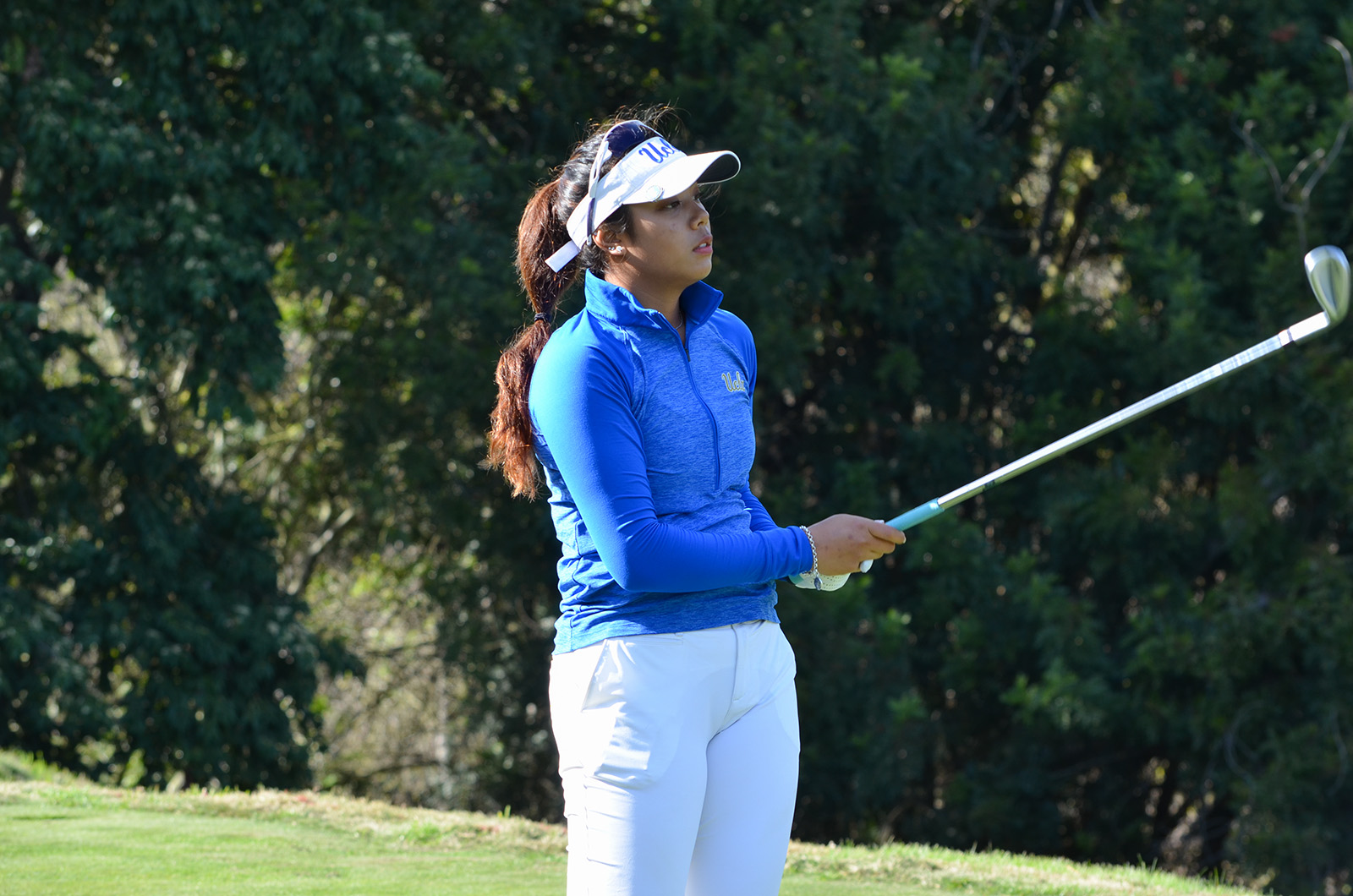 Sophomore Patty Tavatanakit shot a 9-under 63 in the final round of the ANNIKA Intercollegiate on Wednesday, breaking the course record and tying the UCLA record. She led the Bruins to a second-place finish at the event. (Courtesy of UCLA Athletics)

Sophomore standout Patty Tavatanakit is back.

No. 1 UCLA women’s golf took second place in the ANNIKA Intercollegiate presented by 3M, its first tournament of the fall season. UCLA shot a 10-under 278 in the final round, two strokes back of Alabama, behind Tavatanakit’s first-place 9-under 63.

The reigning Women’s Golf Coaches Association freshman of the year entered the final round seven strokes back, but her 63 set the course record and tied the UCLA record for lowest-scoring single round. As a team, the Bruins’ 26-under mark was the best in school history, but the Crimson Tide – the runners-up in the 2018 NCAA championships – shot a 28-under.

In 2017, UCLA opened the season with another second-place finish at the same tournament. Following that finish, the Bruins rattled off four straight first-place finishes, but the season ended at the NCAA match play quarterfinals against eventual champion Arizona.

UCLA men’s golf got back on the links this week as well, in both team and individual events.

The No. 21 Bruins finished seventh in the Golfweek Conference Challenge led by senior Jack Ireland, who tied for ninth. Junior Hidetoshi Yoshihara was the only other Bruin who finished in the top 20, recording a 1-under 143.

The final day of the tournament was called off due to rain, so the Bruins were only able to complete three rounds.

While seven Bruins were in Iowa for the Golfweek Conference Challenge, four more kicked off the season at the Northern Intercollegiate at Rich Harvest Farms in Illinois.

Junior Harrison Mahon was the top Bruin in the individual tournament, tying for fourth with an even 216. He had a 2-over first round, had an even second round and finished off the weekend with a 5-birdie, 2-under final round.

Freshman Bryan Wiyang Teoh shot a 5-over first round, but was able to stabilize and finish tied for 28th with a 7-over 223.

UCLA men’s golf gets back on the course next week in the Windon Memorial Classic and the Mark Simpson Colorado Invitational individual tournament, while women’s golf will play in the Golfweek Conference Challenge.