LA approves cap on scooters from companies such as Bird, Lime 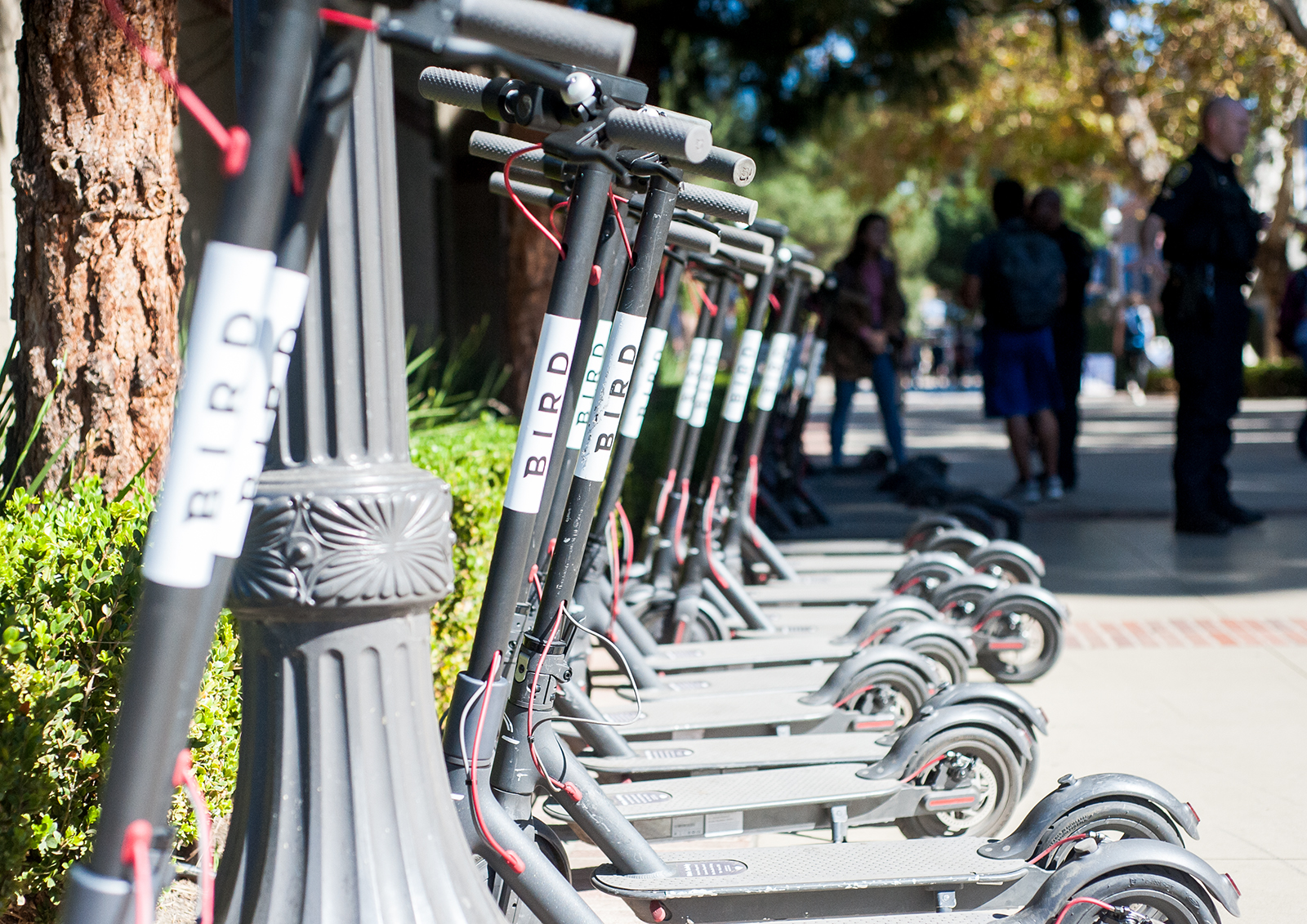 The Los Angeles City Council unanimously approved new rules and regulations for electric, dockless scooters Tuesday after months of debate and confusion regarding monitoring their usage.

The council approved a one-year pilot program that would cap the number of scooters to 3,000 in LA from companies like Bird and Lime. According to the new regulations, scooters will be restricted to speeds of 15 mph and must be kept off walkways, and each company must carry a $5 million general commercial insurance policy.

The new mandates will also require companies to establish 24-hour hotlines to report scooters and riders that do not adhere to the new regulations or general scooter traffic violations. California law mandates that riders of motorized scooters wear a helmet, possess a valid driver’s license and ride to the right of the roadway, off the sidewalk.

The council’s regulations will take hold during a 120-day period, during which the city will begin issuing permits to scooter companies.

Elaine Miao, a rising fourth-year political science student, said she thinks the new regulations will not affect scooter usage because of the culture already surrounding the scooters in LA, which has often seen scooters intentionally damaged or destroyed.

“I do not think that the new rules will affect usage much, nor do I think people will follow the rules,” Miao said. “The students at UCLA have just never been too respectful of the scooters or the fact that it is a company’s property.”

Miao added that she has not seen people treat electric, dockless scooters the same way in other cities, such as Washington, D.C.

“This summer I lived in D.C. and saw a completely different scooter culture,” Miao said. “Birds and Limes are all over the place (in D.C.), but the people who ride them tend to be more respectful than people in LA.”

Miao, who said she frequently uses Birds to get to class because of their convenience, added she will not use the 24-hour hotline and thinks the city should not consider banning the scooters because of their ease of use.

“They help a lot of people and offer a cheaper, alternative mode of transportation,” Miao said. “We should just try to find a way to make sure those riders stay off the road.”

Lena Nguyen, a rising second-year communication student, said she does not think violations of the new regulations will be heavily reported to the hotline because they do not seem like serious crimes.

“I wouldn’t use (the hotline) personally just because I think scooter violations are not worth calling in for,” Nguyen said.

Sheel Shah, a rising second-year molecular, cell and developmental biology student, said he thinks the regulations could reduce scooter usage because California law already penalizes riders with high fines and requires riders wear a helmet, which some scooter riders do not possess.

“The rules governing helmet usage obviously have the effect of reducing scooter usage altogether, while penalizing users who sometimes cannot even afford a meal or proper housing,” he said.

Shah added he thinks these measures may increase the volume of court cases concerning electric scooters as riders attempt to appeal their tickets, and that he would not use the 24-hour hotline.

“I would not use (the hotline), unless (riders) impacted me personally,” he said. “I don’t see the need for creating tension and unnecessary turmoil in my life by reporting someone – I would rather leave that to the police.”