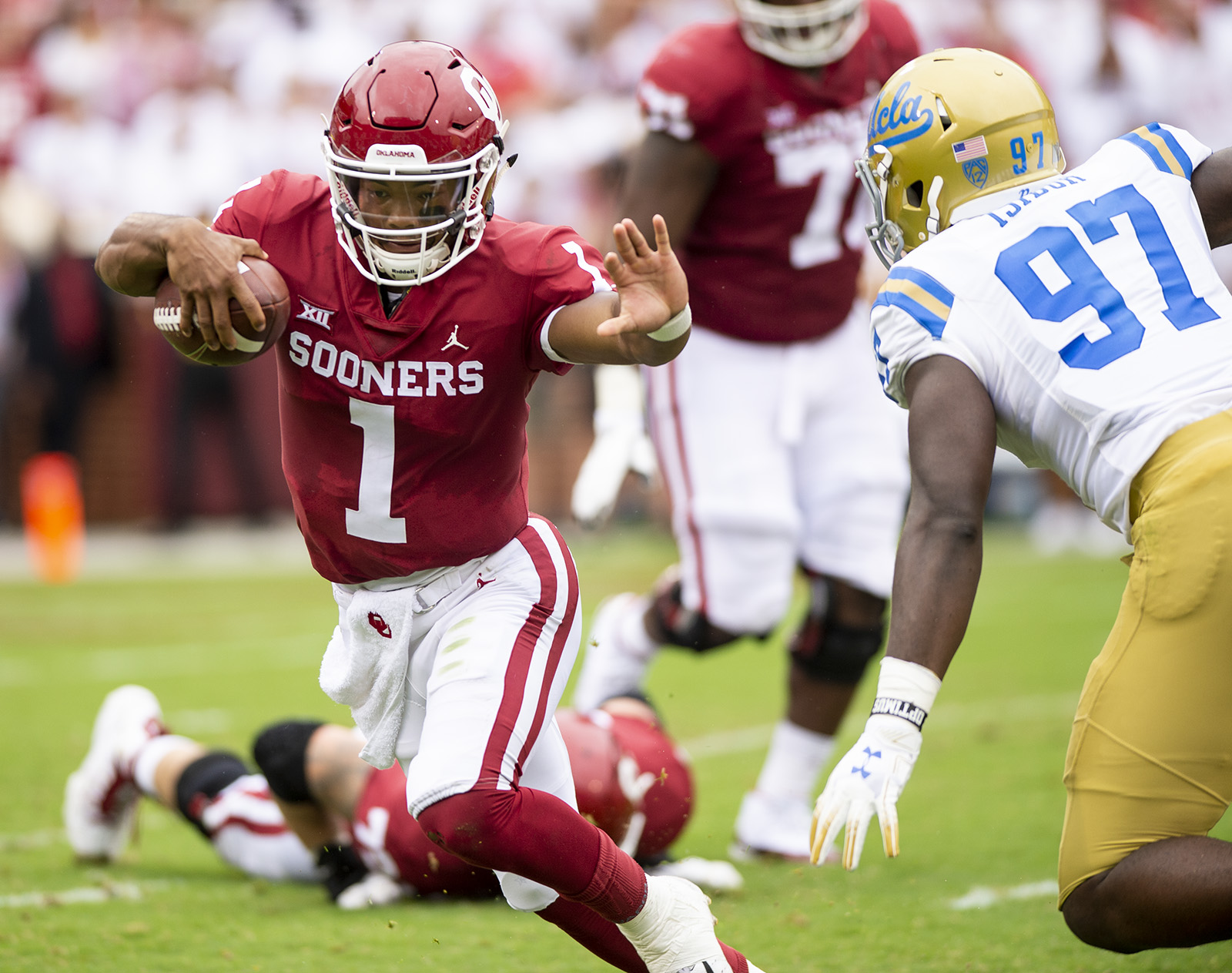 UCLA failed to stop Oklahoma quarterback Kyler Murray for most of the game – he completed 19-of-33 passes for 306 yards and had five combined touchdowns Saturday. (Michael Zshornack/Daily Bruin senior staff)

NORMAN, Okla.—The Bruins couldn’t stand up to the boom.

While Oklahoma’s offense revved down the field like a sports car, true freshman quarterback Dorian Thompson-Robinson was bombarded left and right, and UCLA’s offense sputtered like a lemon.

Coach Chip Kelly’s road debut ended on a sour note as the Bruins (0-2) fell 49-21 to the No. 6 Sooners (2-0) in Norman, Oklahoma, on Saturday afternoon. The defeat marked the first time a Kelly-coached NCAA team lost back-to-back games.

“This was a big-time game, a big-time atmosphere against a top-10 opponent,” redshirt junior tight end Caleb Wilson said. “We weren’t perfect but we had glimpses of success and stuff we can build upon.”

After senior running back Bolu Olorunfunmi put UCLA ahead with a three-yard running touchdown early in the first quarter, Oklahoma scored the next 42 points.

Much of that had to do with the UCLA offense’s inability to sustain forward progress.

Thompson-Robinson was sacked six times and the Sooners collected 12 tackles for loss culminating in an average of 9.4 yards to go on Bruin third downs.

“The biggest thing is we don’t want to be in third and long,” Kelly said. “We want to make sure we’re ahead on first and second down so we’re not in those long-yardage situations, where people have an opportunity to tee off on us.”

Immediately after Olorunfunmi’s touchdown in the first quarter, return man Tre Brown ran the kickoff 86 yards to the opposing 12-yard line. In the third quarter, receiver CeeDee Lamb returned a punt 66 yards to set his offense up at the 11-yard line.

“He can do what he want,” sophomore cornerback Darnay Holmes said. “He can sling the rock. He can run the rock. He’s a guy with a blessed arm and he can do pretty much anything.”

On the other hand, Thompson-Robinson was unable to build a consistent rapport with his receivers due to the amount of pressure he had to escape. He overthrew redshirt junior tight end Caleb Wilson on UCLA’s first play of the game and threw behind several other receivers.

But the true freshman did have some highlight plays in his first career start.

Kelly dialed up a considerably larger amount of read options plays, and Thompson-Robinson kept a couple of them for nine-yard and 10-yard gains. He also found Wilson wide open in the middle of the field for a 65-yard gain to jump start UCLA’s first touchdown drive and dropped a deep fade to junior wide receiver Theo Howard’s outside shoulder in the fourth quarter.

Thompson-Robinson finished 16-of-26 for 254 yards, but he didn’t throw or rush for a touchdown until after the game was in hand. After the game, he said he’s still adjusting to the speed of the game.

“It’s not hard learning everything,” Thompson-Robinson said. “It’s more of being able to process it and be able to go through your reads as fast as possible.”

True freshman wide receiver Michael Ezeike recorded his first career touchdown reception with three minutes remaining in the game. Olorunfunmi added a two-yard touchdown run early in the fourth quarter and led the team with 56 rushing yards. True freshman running back Kazmeir Allen finished the game with 42 yards on the ground, many coming off jet sweeps. 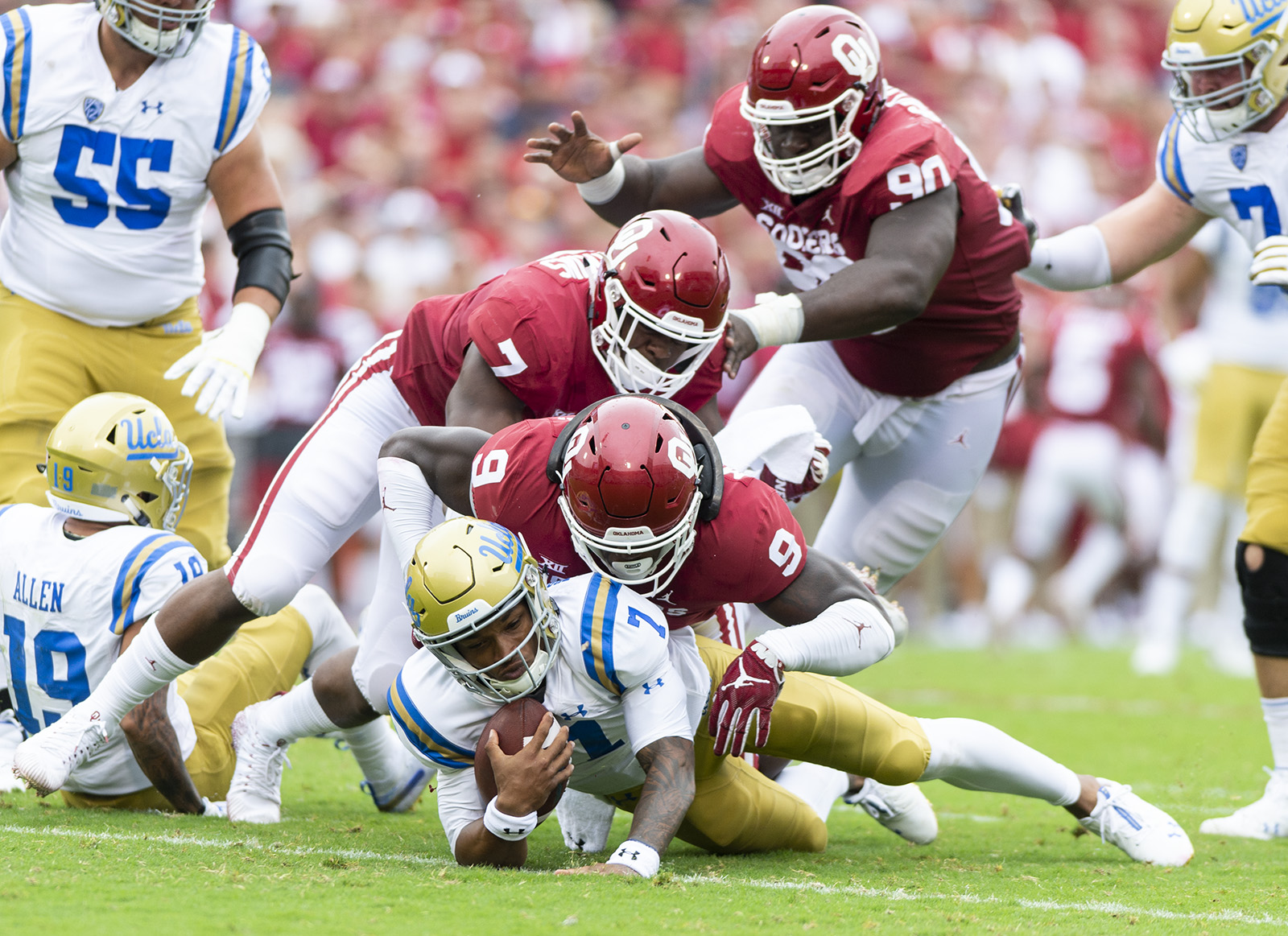 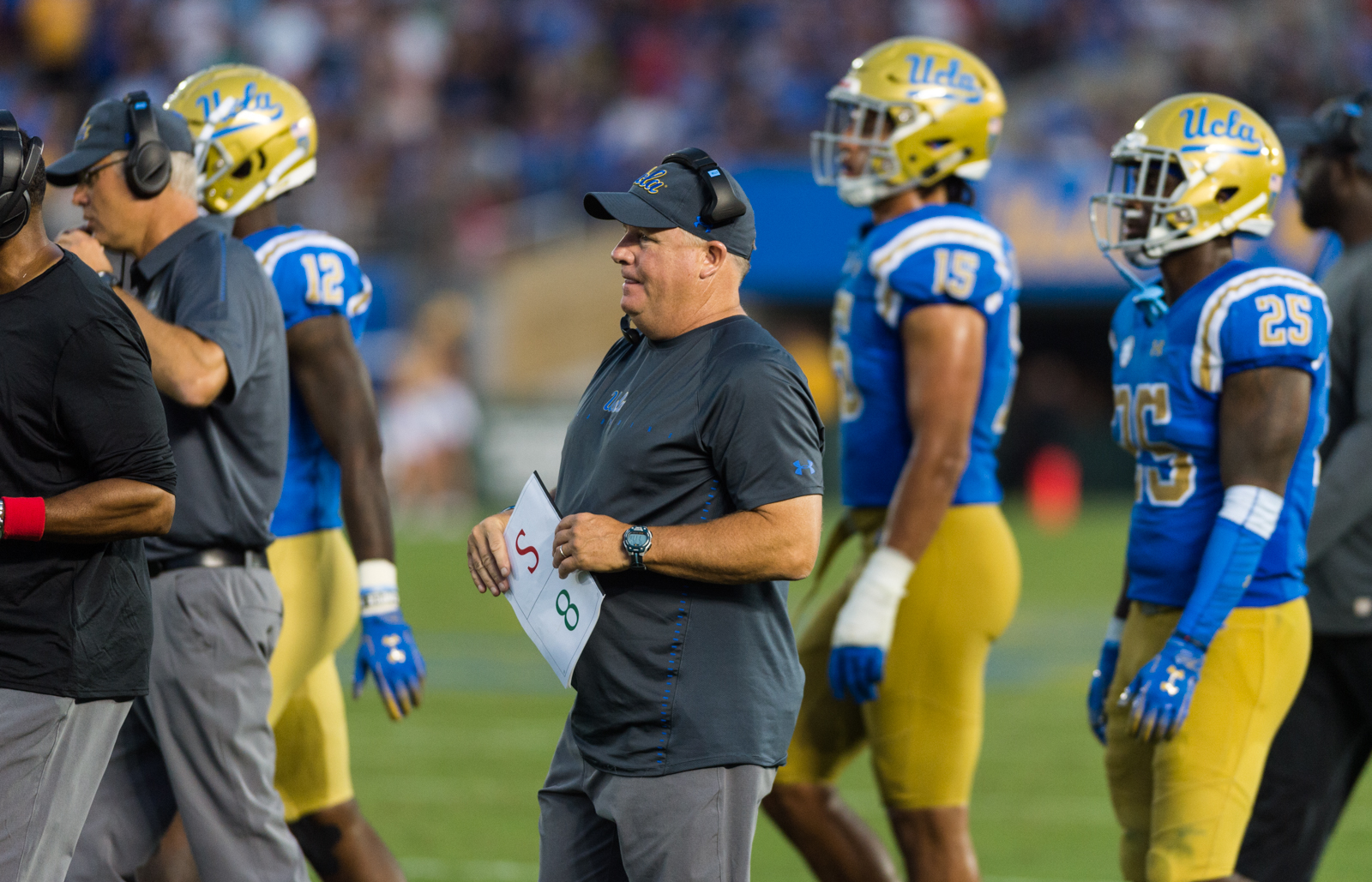