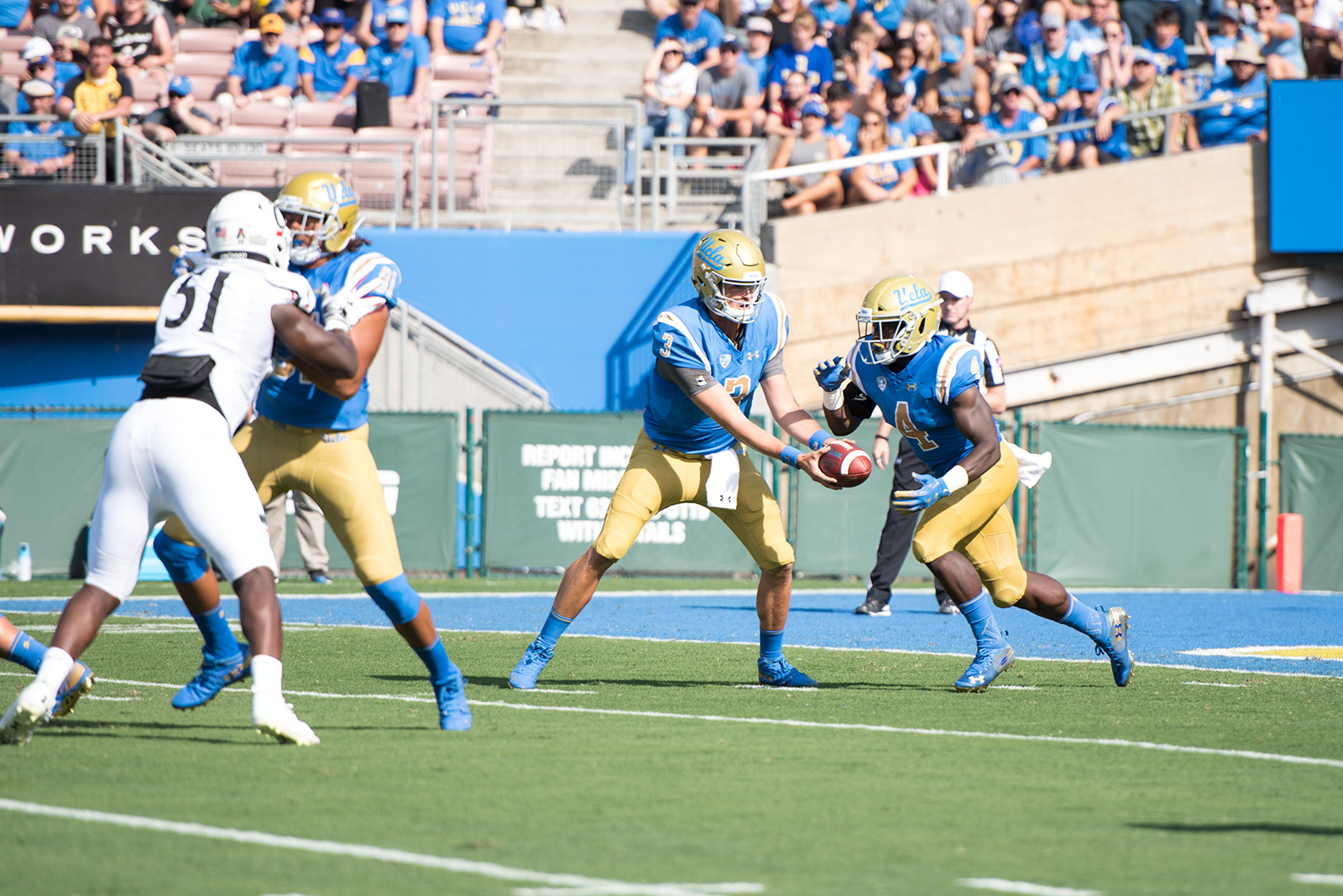 Senior running back Bolu Olorunfunmi scored a one-yard touchdown in the opening quarter to put UCLA ahead 7-0. Olorunfunmi finished the first half with seven yards on seven rushing attempts, as the Bruins trail 17-10. (Axel Lopez/Assistant Photo editor)

Chip Kelly’s hire in November brought reveries of up-tempo offensive brilliance to UCLA, but in the first half of the Bruins’ season opener, the defense was the highlight.

UCLA only mustered 126 total yards and eight first downs as it trailed Cincinnati 17-10 at halftime.

Four plays later, senior running back Bolu Olorunfunmi pushed his way into the end zone from one yard out for the first UCLA touchdown under Kelly.

On the Bruins’ subsequent possession, junior kicker JJ Molson added a 47-yard field goal late in the first quarter to put the hosts up 10-0.

Almost every other possession was a struggle for the Bruins.

Bearcat running back Michael Warren finished off a 14-play, 75-yard drive with a one-yard touchdown plunge to put the visitors down 10-7 early in the second quarter.

Speight left the game midway through the second quarter after coming up hobbled after a one-yard run. Trainers were tending to his side and lower back on the sideline before Speight walked to the locker room with a towel over his head.

Dorian Thompson-Robinson then took the field in his much-anticipated UCLA debut – as the true freshman trotted onto the field, the crowd broke into cheers. He hit junior wide receiver Theo Howard on a slant for a 16-yard gain for his first collegiate completion, but his first possession ended in a punt three plays later.

Thompson-Robinson completed all four of his pass attempts for 23 yards and rushed for four yards on two carries. Speight – who won the starting quarterback competition Thursday – completed 8-of-12 passes for 45 yards and no touchdowns.

Fellow freshman running back Kazmeir Allen also briefly electrified the crowd, bouncing his first career carry for a 23-yard gain down the left sideline. He led the Bruins with 25 rushing yards on two attempts.

Cincinnati finished the first half with 189 yards, including 106 on the ground. Backup quarterback Desmond Ridder completed 9-of-11 passes for 73 yards and added 57 rushing yards on nine carries. 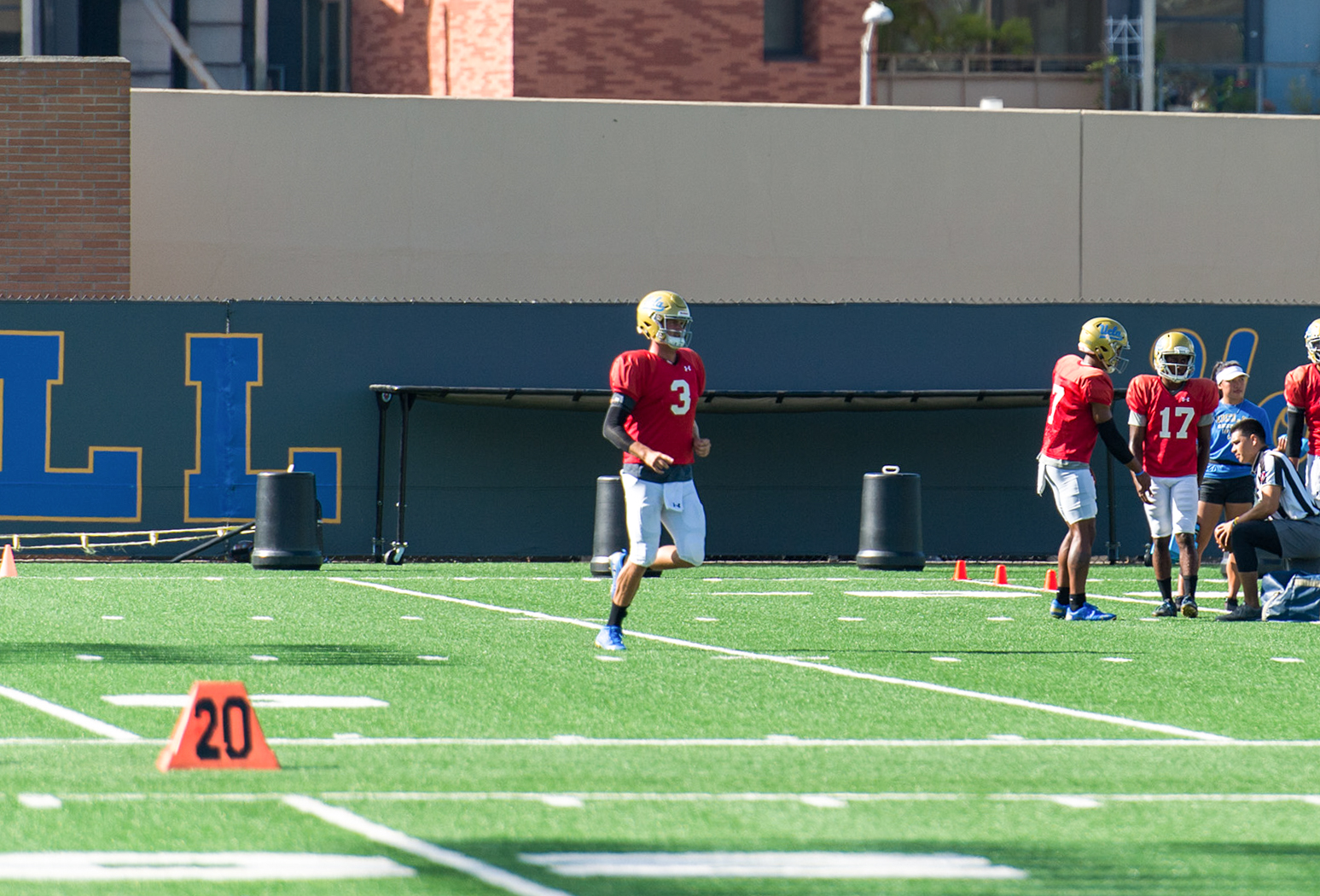