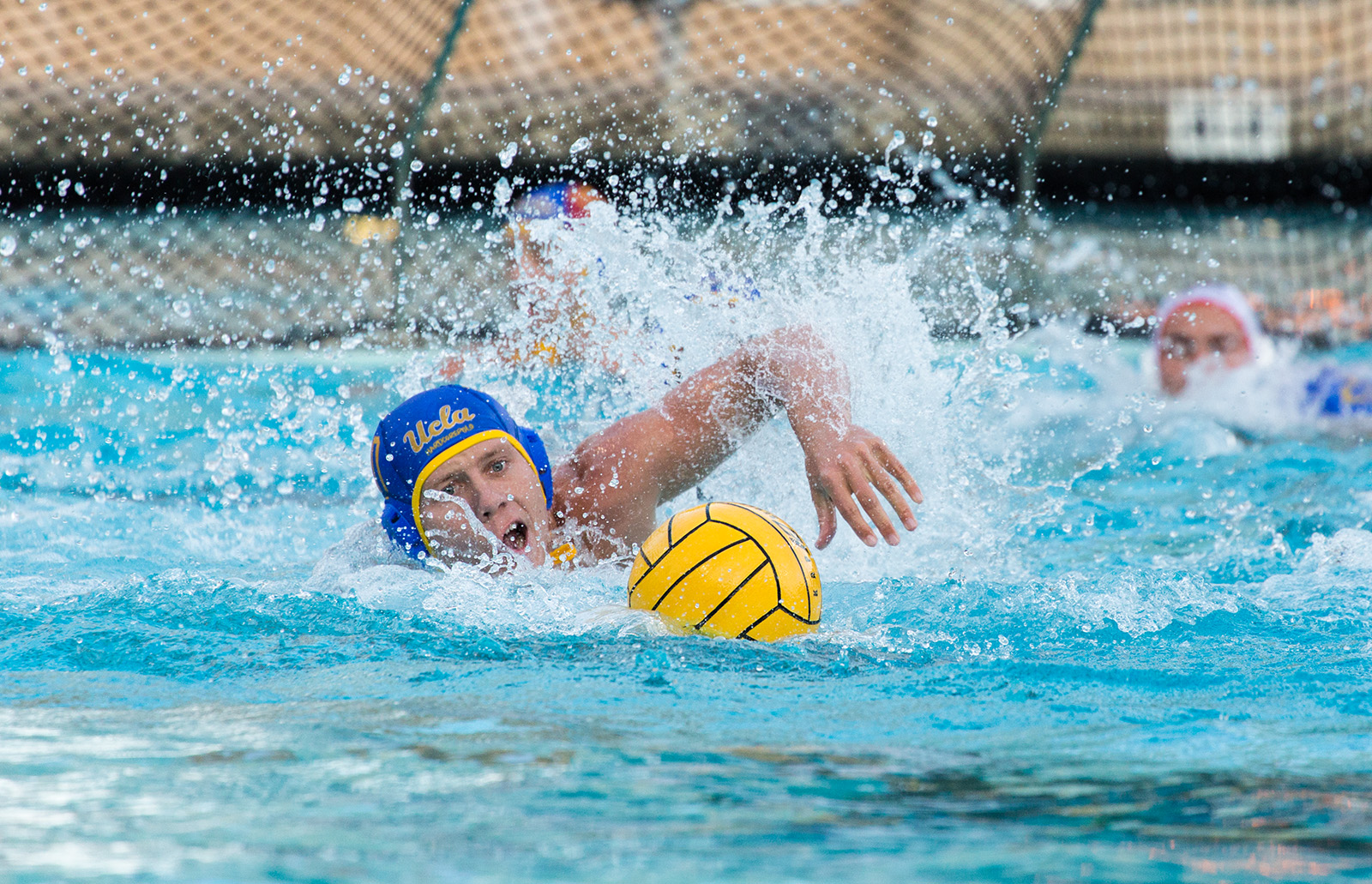 Senior attacker Austin Rone scored 12 goals last season, started in 12 games, and had at least one goal in eight of the 25 games he played. Rone will be one of four seniors on the coach Adam Wright’s 29-player roster. (Daily Bruin file photo)

The Bruins captured the national championship last season after what should have been a rebuilding year.

This year will be no different.

“It would be easy to think (that) because we were successful last year, we’re in the position to be the team to beat,” said coach Adam Wright. “But it doesn’t work that way, because we’re starting over again.”

Despite sitting at the top of the preseason poll, No. 1 UCLA men’s water polo graduated a class of seven seniors last season, and will welcome 11 true freshmen this fall.

“Our seniors last year gave a good precedent for us,” said sophomore attacker Chasen Travisano. “They taught us how we go about our daily routines here, so I think they left a good layout for us.”

The Bruins will only have nine upperclassmen this season on Wright’s 29-player roster, similar to last year’s 28-player roster with 11 upperclassmen. Senior attacker Austin Rone said it’s important that the team adapts to Wright’s system right away.

“We all know that every year, we’ll have a new group of guys,” Rone said. “But with (Wright’s) system, no matter what, we’ll be fine as long as we stick to what he’s taught us over the past few years.”

But Wright said the newer players are going to need to pull their weight in order for the team to be successful on offense this year.

“Sure (Saveljic) was our leading scorer last year,” Wright said. “But at the same time, we were only able to get him openings because of how we were working as a group. Our team has never been about just one or two players. … We have to have a balanced attack.”

To help that balanced attack, UCLA is fortunate to take advantage of a rare luxury this season: lefties.

Besides Saveljic, Rone and Travisano are the only returners who scored more than 10 goals last season. They both happen to be lefties.

“That’s absolutely huge for our attack,” Wright said. “Because there’s moments where our attack in the past (have been weaker) simply because we’ve had all right-handers.”

The Bruins will also be adding another left-hander in freshman attacker Ashworth Molthen into their rotation of the right side of the pool.

“Not that we weren’t good attackers, but it’s hard being right-handed playing the (weak) side of the pool,” Wright said. “So we’re in a unique position this year with three good lefties.”

UCLA will take on a similar schedule as last year, hosting the UCLA Invitational on Sept. 1 to kick off their season – facing Fresno Pacific, Whittier and Pomona-Pitzer – before getting a glimpse of No. 2-ranked USC in an annual exhibition game that afternoon.