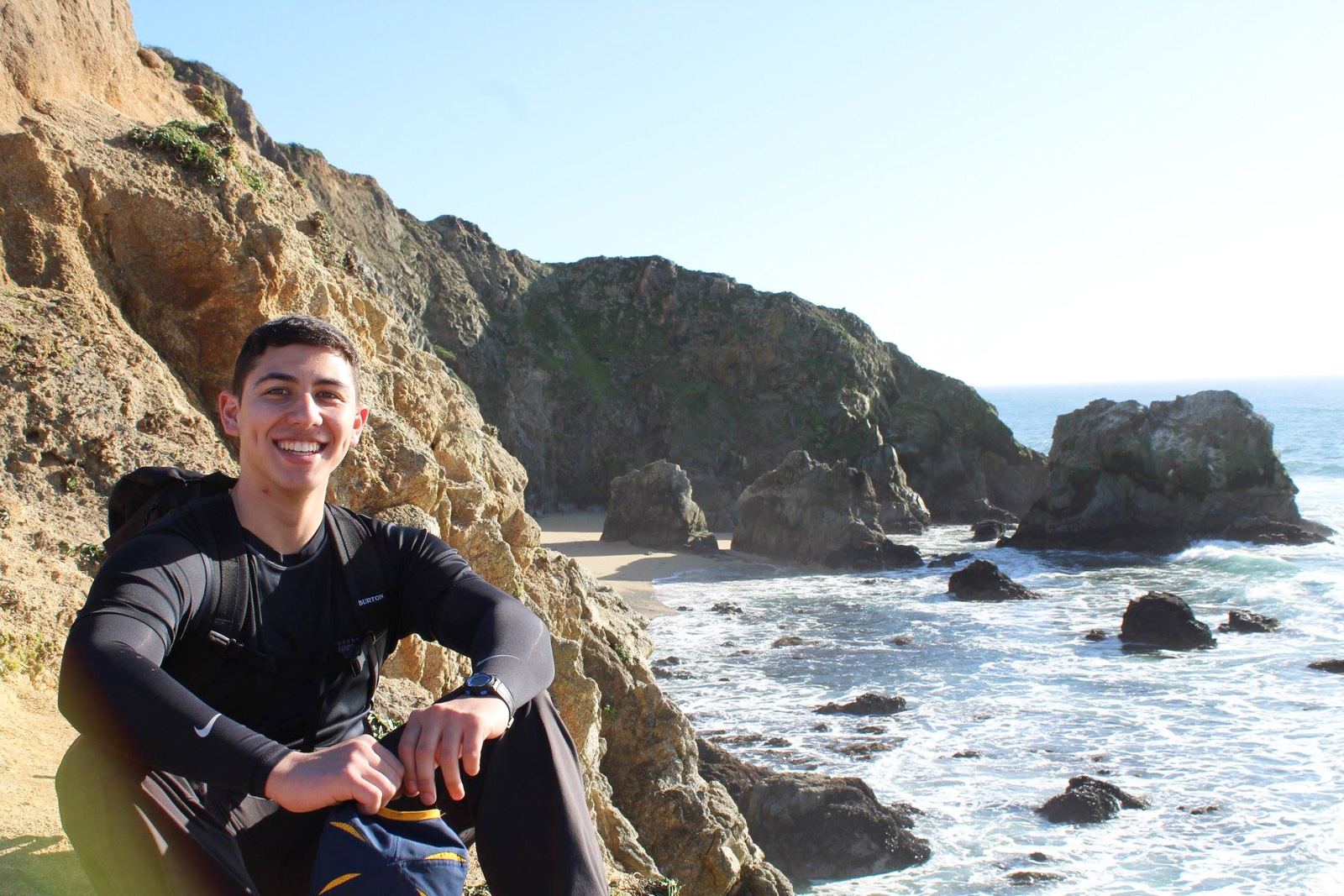 Brian Lewinstein, a UCLA alumnus who graduated in 2016, fell off a waterfall in Umpqua National Forest in southern Oregon on Aug. 12 and is presumed to be dead. (Courtesy of Kai Convery)

Brian Lewinstein‘s closest friends said he had a blinding smile with huge dimples and would often go out of his way to check in with his friends if they were going through a rough time.

Lewinstein, a UCLA alumnus who graduated in 2016, fell off a waterfall in Umpqua National Forest in southern Oregon on Aug. 12 at 23 years old. He is presumed to be dead.

Kai Convery, Lewinstein’s undergraduate college roommate who graduated from UCLA in 2017, first met Lewinstein at his freshman orientation in 2013.

“He was one of the first people I spoke to, and I remember being struck by his warmth and depth. He had a way of listening to people that showed that he really cared,” Convery said.

Convery and Lewinstein were both members of the UCLA chapter of Lambda Chi Alpha and shared college memories. While rooming together, Convery would come back home from class and find Lewinstein asleep on the couch with his phone balanced on his ear after falling asleep talking to his girlfriend.

Convery said he thinks Lewinstein was the steadiest friend he had at UCLA.

“All throughout sophomore and junior year, it was tough for me because I felt very alone and isolated. Brian was my safe harbor and was there for me throughout,” he said.

Lewinstein’s fraternity brothers, who fondly called him “B-Lew”, added they think Lewinstein always put other people before himself. In an email statement, the Lambda Chi Alpha brothers said Lewinstein was an inspiration to them all as he approached people with an open mind and a full smile.

“Brian embodied everything that it meant to be in our fraternity. He will be missed but his legacy will continue to live on through us,” they said in the statement.

Kendall Gustafson, a UCLA alumna who graduated in 2018, first met Lewinstein in sixth grade. They were both taking the same honors class together, and she tried to keep up with him in academics. In college, they grew closer because they both shared a dry sense of humor and a penchant for intellectual debates, Gustafson said.

However, Lewinstein’s caring nature was what drew people to him, Gustafson said. Gustafson was on the track team at UCLA and her fondest memory of Lewinstein is when he came to support her at one of her track meets and cheered her on from the stands.

“After we got into college, he was such a big supporter of me and everything I did,” Gustafson said. “Even though he was busy, he would constantly check in with me. … He always made sure you knew how much you meant to him.”

Jack Barnett, another of Lewinstein’s friends, was on the baseball team with Lewinstein in high school. Barnett said the first time they tried out for the team, Lewinstein made it onto the team but he did not. Before tryouts the following year, Lewinstein insisted on playing catch with Barnett to warm up in order to make sure Barnett would get in. Barnett made it on the team, and they played catch together every single day to warm up for baseball.

Convery said his favorite memory of Lewinstein is watching “Pokemon” with him at the fraternity house, relaxing on the couch and talking about life.

“Brian was a profoundly deep guy,” Convery said. “I always learned something from every conversation we had.”

Convery said he thinks Lewinstein was most passionate about law and baseball. He wanted to be a public defender and to help improve the injustices and indifferences in access to education for low-income families, Convery added.

Lewinstein graduated from UCLA with degrees in political science, philosophy and global studies. He was a UC Berkeley law student in his second year before his presumed death.

“When he told me he was going to law school, I told him he was meant to do this,” Gustafson said. “He knew that he was a small part of a very big world and he just wanted to make a difference.”

Ashley Dominguez, the assistant director of federal relations for UCLA Government and Community Relations, worked with Lewinstein when he was interning at Congressman Ted Lieu’s office in the winter of 2015.

“He had within him the capability to really change lives. He wanted to help those who needed legal assistance the most,” Dominguez said. “I will miss seeing him do that.”

After he finished his internship, Lewinstein kept in touch with Dominguez and even gave her a copy of a rare book from a congressional event that she had wanted. Dominguez said she was touched by the gesture and added she thinks Lewinstein was an intellectual, thoughtful young man.

“He was committed to social justice to such a degree that it made him visibly angry to think about injustice,” Barnett said. “He was well aware of the privilege that he and his friends shared, and he wanted to make sure other people got the same opportunities.”