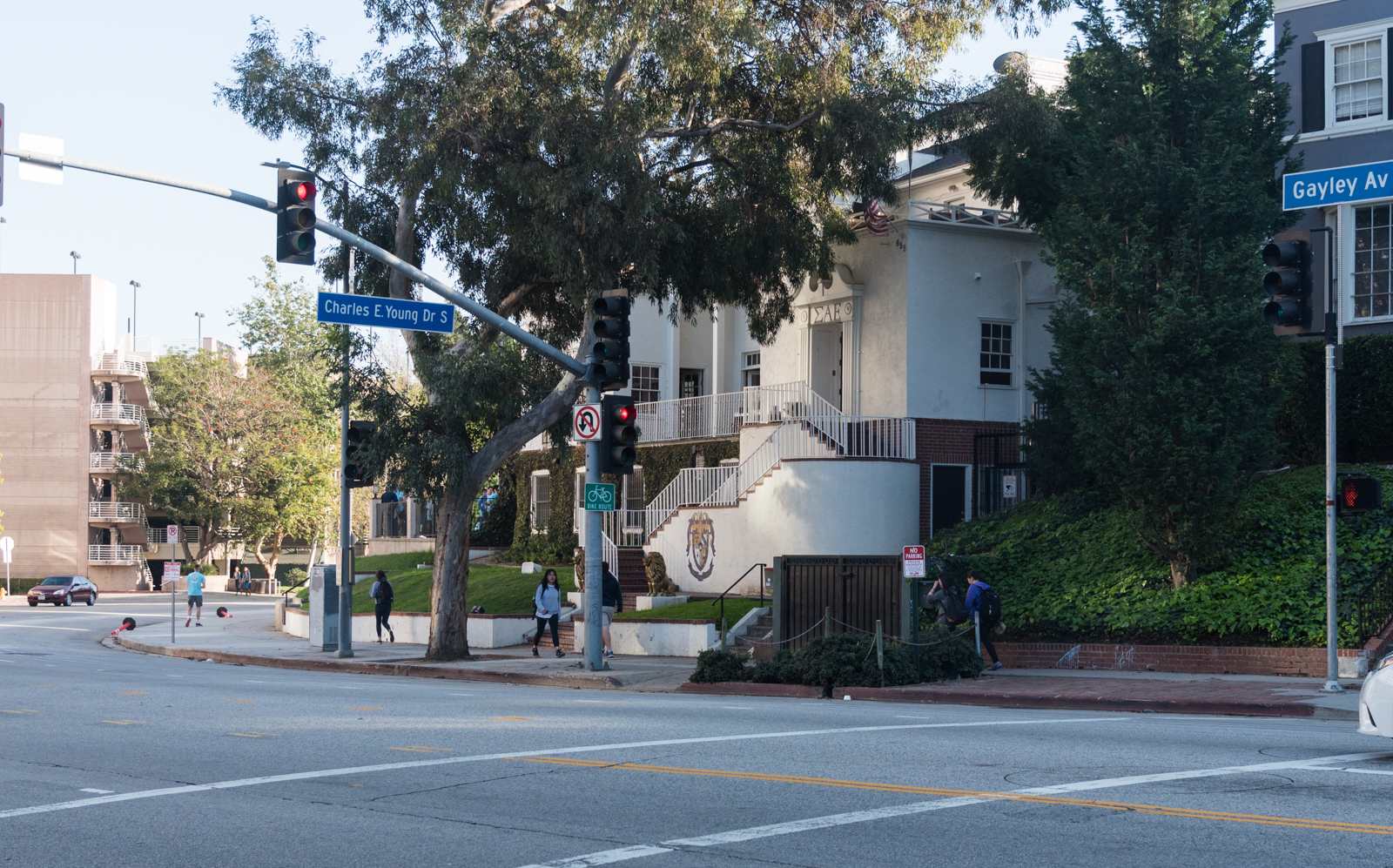 A UCLA student filed a lawsuit against two fraternities after being sexually assaulted by a Zeta Beta Tau member in 2016. (Daily Bruin file photo)

A UCLA student filed a sexual assault lawsuit against two UCLA fraternities, the UCLA Interfraternity Council and a former student on Aug. 10.

Zeta Beta Tau, Sigma Alpha Epsilon, the IFC and former ZBT member Blake Lobato are facing charges of negligence, assault, battery and intentional infliction of emotional distress after a current female UCLA student filed charges against them in the Los Angeles Superior Court. The name of the student was not disclosed in court records.

According to court documents obtained by the Daily Bruin, the student attended a party hosted by SAE in August 2016, where she encountered Lobato. Despite being visibly intoxicated, the student claimed Lobato encouraged her to continue drinking from a bottle of vodka.

The documents showed that an investigation conducted by the UCLA Title IX office prior to the court filings concluded Lobato had statutorily raped another female student in the fall of 2015.

Keith Fink, the attorney representing the student filing the suit, said Lobato conceded to consuming alcohol and having sex with both women during the Title IX investigation. Though Lobato said he engaged in consensual sex, the Title IX office found this claim disputable, Fink said.

The student filing the lawsuit left SAE to return home around midnight but was having trouble walking and went back to the fraternity. There she again encountered Lobato, who encouraged her to go to ZBT with him to “hang out,” according to court documents.

Upon reaching ZBT, Lobato invited the student to spend the night, which she agreed to because she was tired and intoxicated, according to the student. Lobato offered the student her own bed to sleep in alone.

According to the court documents, Lobato climbed on top of her and assaulted her while she was coming in and out of consciousness. The student attempted to physically resist Lobato and shouted for help.

After the incident, the student reported the assault to the then-ZBT president. However, the assault was not investigated at the time, according to the document, and Lobato was not reprimanded. The case was handed to Irving Chase, a ZBT board member and lawyer, who attempted to dissuade the student from filing a complaint with UCLA.

When the student later discovered another female UCLA student that had been assaulted by Lobato, she reported it to the new ZBT president, who promised to remove him from the fraternity. The incident was also reported to UCLA’s Title IX office, which prompted an investigation into the matter.

Fink said he hopes the lawsuit will change policies regarding underage alcohol consumption within UCLA and the Interfraternity Council.

“In this toxic environment and proximity of young males, alcohol and young women coming to fraternities where they know there’s going to be drinking and underage drinking, there needs to be in place strict policies and strict mechanisms to prevent this sort of thing from happening,” Fink said.

These policies would include third-party security for Greek-life events, servers that are unaffiliated with UCLA or the UCLA Greek system and mandatory sexual-violence prevention training, Fink said.

“I think sometimes they say they are out to protect women because they have a 20-minute speech on sexual assault, but its not a real speech circling (sexual violence) and members are not required to attend.

Neither ZBT nor SAE provided a statement, saying it was their policy not to comment on pending or threatened litigation.

Artistic, energetic, creative, and hard-working team needed to help create amazing large-scale sculptures and balloon bouquets. This is a FUN and FAST-PACED job, unlike anything else. [email protected] $20-30 per hour. 3 miles west of UCLA in Santa Monica. 310-458-4422 Resume to [email protected]ons.com