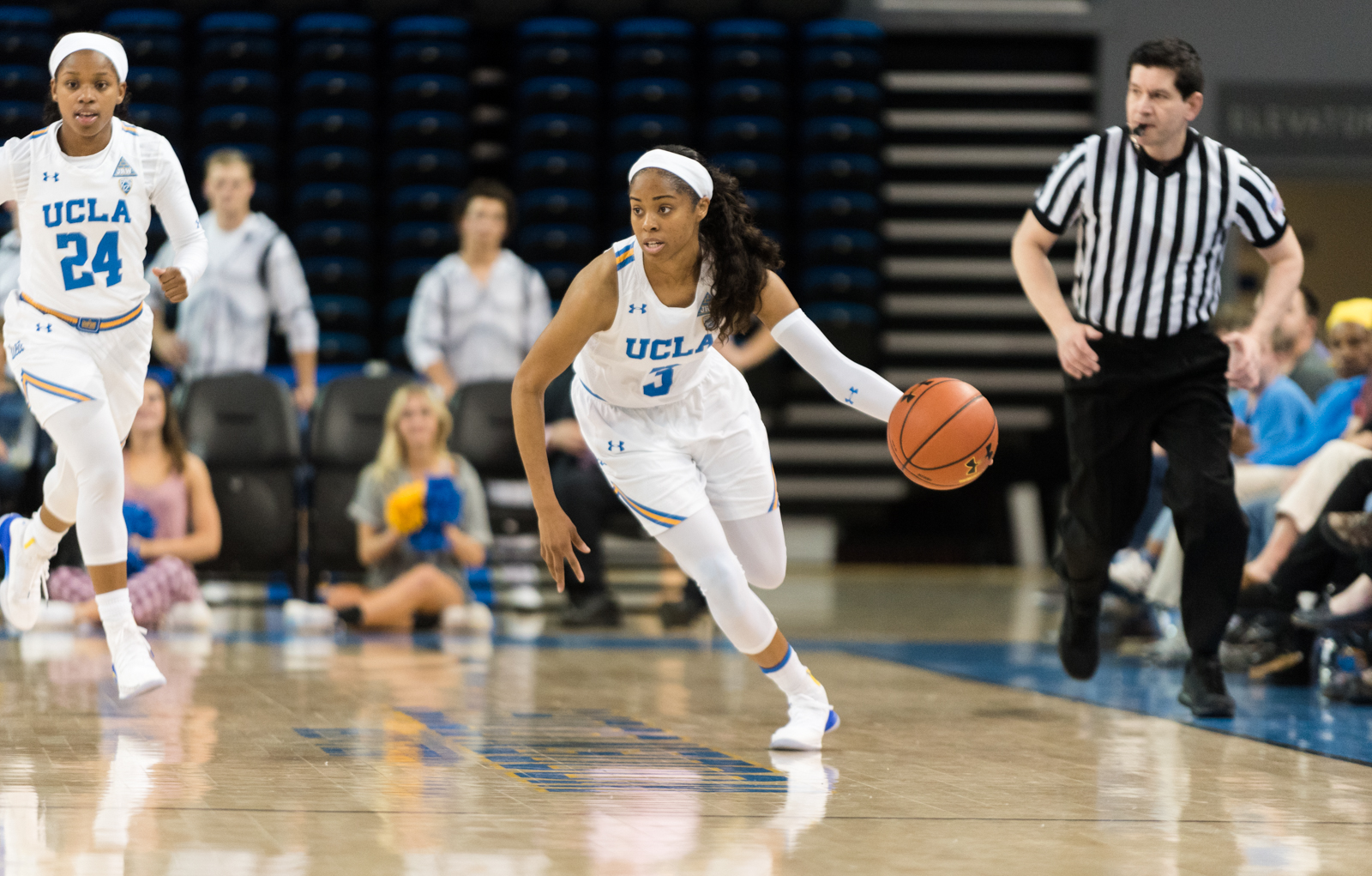 Cori Close had reminders on her phone for every single Seattle Storm and Atlanta Dream regular-season game.

She now has their playoff schedule entered in her calendar as well.

For the first time, heading into her eighth year of coaching, the UCLA women’s basketball coach will watch the WNBA playoffs as a fan of her former players – guard Jordin Canada of the Storm (26-8) and forward Monique Billings of the Dream (23-11).

“I’m just so proud of both of them,” Close said. “At this point, I’m not responsible anymore, I’m just a proud fan.”

The WNBA playoffs begin Aug. 21 as the top eight teams, regardless of conference, will compete in the postseason. The four-round tournament will consist of two single-elimination rounds, followed by a best-of-five format for the semifinals and finals.

Seattle and Atlanta both received byes for the first two rounds, and will have home-court advantage in the semifinals as the top two teams in the league. The Storm finished with the league’s best record for the first time since 2010, when they took home the title.

Seattle selected Canada as the fifth overall pick in the WNBA draft, while Atlanta selected Billings at 15th overall.

“I think both the Atlanta Dream and the Seattle Storm really recognize their future potential,” Close said. “(They’re) really mentoring them and growing them, and I think they both got really good fits in terms of where they got drafted.”

Canada averaged 5.8 points and 3.2 assists in 16.3 minutes per game during the regular season, but her former teammate and current UCLA senior guard Japreece Dean said Canada is just as good as she remembers.

“I feel like she’s the same,” Dean said. “She’s learning and she’s doing what she did here – playing hard, playing good defense and getting buckets.”

Billings averaged 3.2 points and 2.7 rebounds in 11 minutes of action per game for the Dream this season. The 6-foot-4 forward is also continuing her passion – modeling during her off days.

“I can tell that she’s been putting in the work (in her shooting), because in games, she’s hitting little jump shots,” said senior guard Kennedy Burke. “And not only doing what she loves – playing basketball – but also continuing her modeling, so I’m happy for her.”

Canada and Billings were the two top scorers for UCLA last season, averaging 17 and 15.3 points respectively.

But Dean said she still enjoys watching them play major roles off the bench.

“They were the stars (at UCLA),” Dean said. “Then they get (to the WNBA) and they play with other stars. It doesn’t mean that they’re not stars, it just means that they’re playing with people that are just as good as them.”

Burke said she remembers how going from starting every high school game to being a bench player at UCLA was a rough transition.

“I just had to work hard for that spot,” Burke said. “And I know (Canada) and (Billings) are doing that too (in the WNBA), and they’ve earned it and we’re proud of them.”

For now, Canada and Billings will have some rest as they wait for the first two rounds to play out.

For Dean and Burke, they’re rooting for a Storm vs. Dream finals.