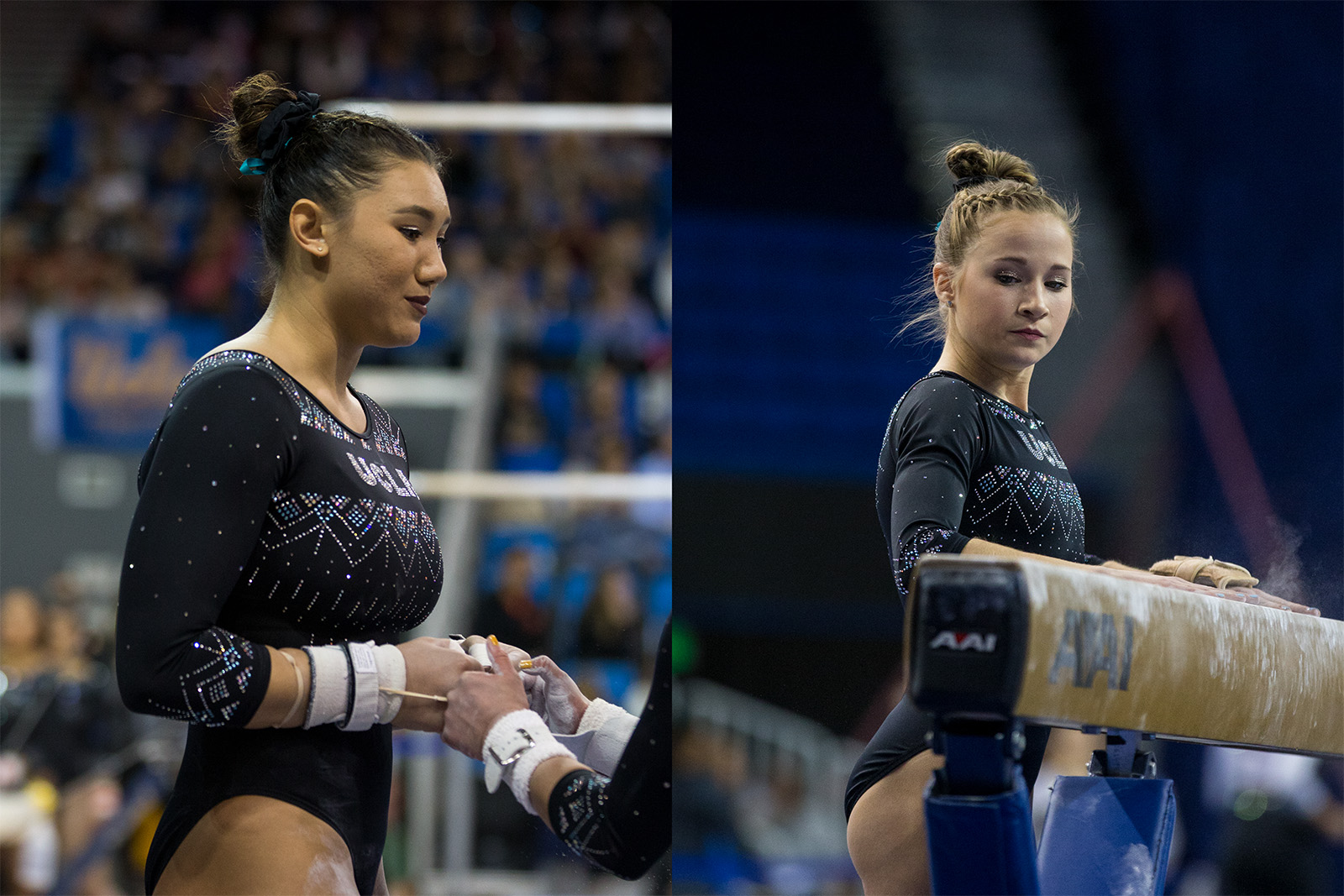 UCLA gymnasts Kyla Ross and Madison Kocian said they decided to come forward about their abuse by Larry Nassar after seeing other women speak out against him in January. (Aubrey Yeo/Daily Bruin senior staff)

Two UCLA gymnasts said Thursday that they were abused by a former USA Gymnastics doctor who has been accused of sexually abusing more than 200 women.

Kyla Ross and Madison Kocian said they decided to come forward about their abuse by Larry Nassar, who has been convicted of state sexual abuse and federal child pornography charges, after seeing other women speak out against him in January. “CBS This Morning” initially featured the two gymnasts in a special segment Thursday.

Ross said Nassar started abusing her when she was 13 years old and continued to do so throughout her career.

Ross and Kocian plan to file civil lawsuits against USA Gymnastics and the U.S. Olympic Committee, in addition to the one they have already filed against Michigan State University where Nassar worked for about 20 years.

USA Gymnastics said in a statement that it supports Ross and Kocian and will continue to base its future decisions on the testimonies of athletes who have come forward about Nassar’s abuse.

Ross said she felt a verbally abusive coaching style within USA Gymnastics prevented her from speaking up before, and added she thinks the organization needs to be restructured to prevent future incidents, the Los Angeles Times reported.