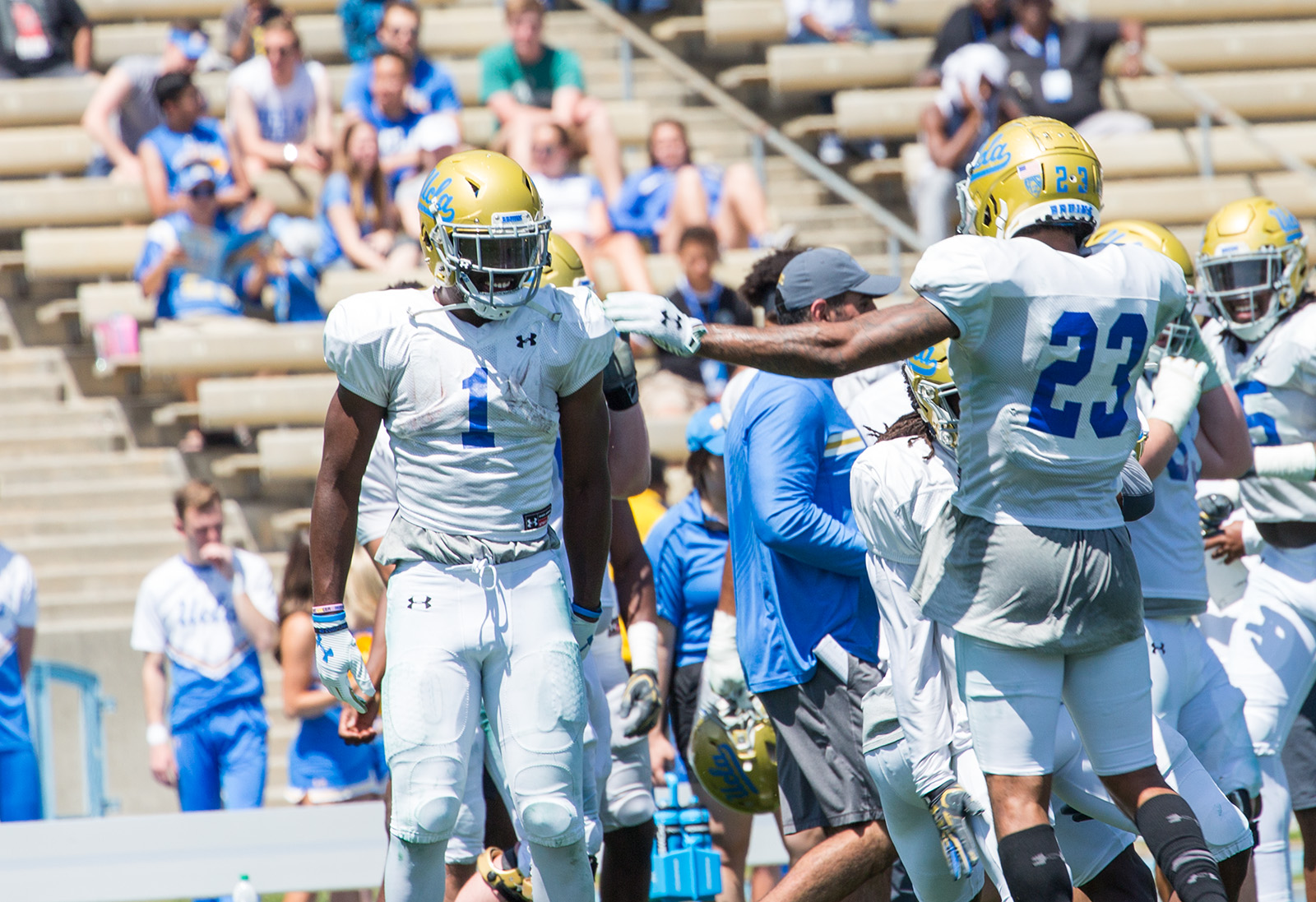 Coach Chip Kelly was not shy Thursday morning when he replied to the question of what his Bruins football team “stood for.”

He did not mean it with a negative connotation, however.

Kelly has been working on implementing his fast-paced system since March, but he said the influx of new players at fall camp who were not with the team in the spring has slowed down the process.

“We’ve got so many new faces because we’re such a young football team that it’s still new for those guys,” Kelly said. “We’re trying to bring them along at a decent speed and not try to lose anybody in the mix.”

Rising junior wide receiver Theo Howard, who was third among UCLA receivers with 594 yards last season, was one of the players who learned Kelly’s system in the spring.

Howard said that while he understands the struggle that the new players are experiencing, he is also doing a few things to help them out himself.

“Just encouragement and then helping them with the playbook,” Howard said. “I think the biggest thing when you come in is just getting down the plays because we’re out there running this high, fast-paced tempo offense and it’s kind of a struggle at first.”

Despite the early growing pains, many of the returning players have raved about the new coaching staff since Kelly was hired in November. Rising sophomore cornerback Darnay Holmes, who also returns kicks on special teams, said his game is at a better point now than it was all of last season.

“Once (the coaches) came in, I’ve definitely had a better mindset than I had last year and definitely playing way better than I played the year before,” Holmes said.

Holmes is one of the many Bruins who will be stepping into elevated roles this season now that Jaleel Wadood is in the Canadian Football League.

UCLA’s season opener against Cincinnati on Sept. 1 is fast approaching, but Kelly said his only expectation for the Bruins has already been met.

“My only expectation is that they play hard, and we’ve been getting great effort,” Kelly said.

Rising redshirt junior cornerback Colin Samuel left Wednesday’s practice with an ankle injury, but Kelly said Samuel was back doing light work on the field Thursday and that his injury is considered day to day. 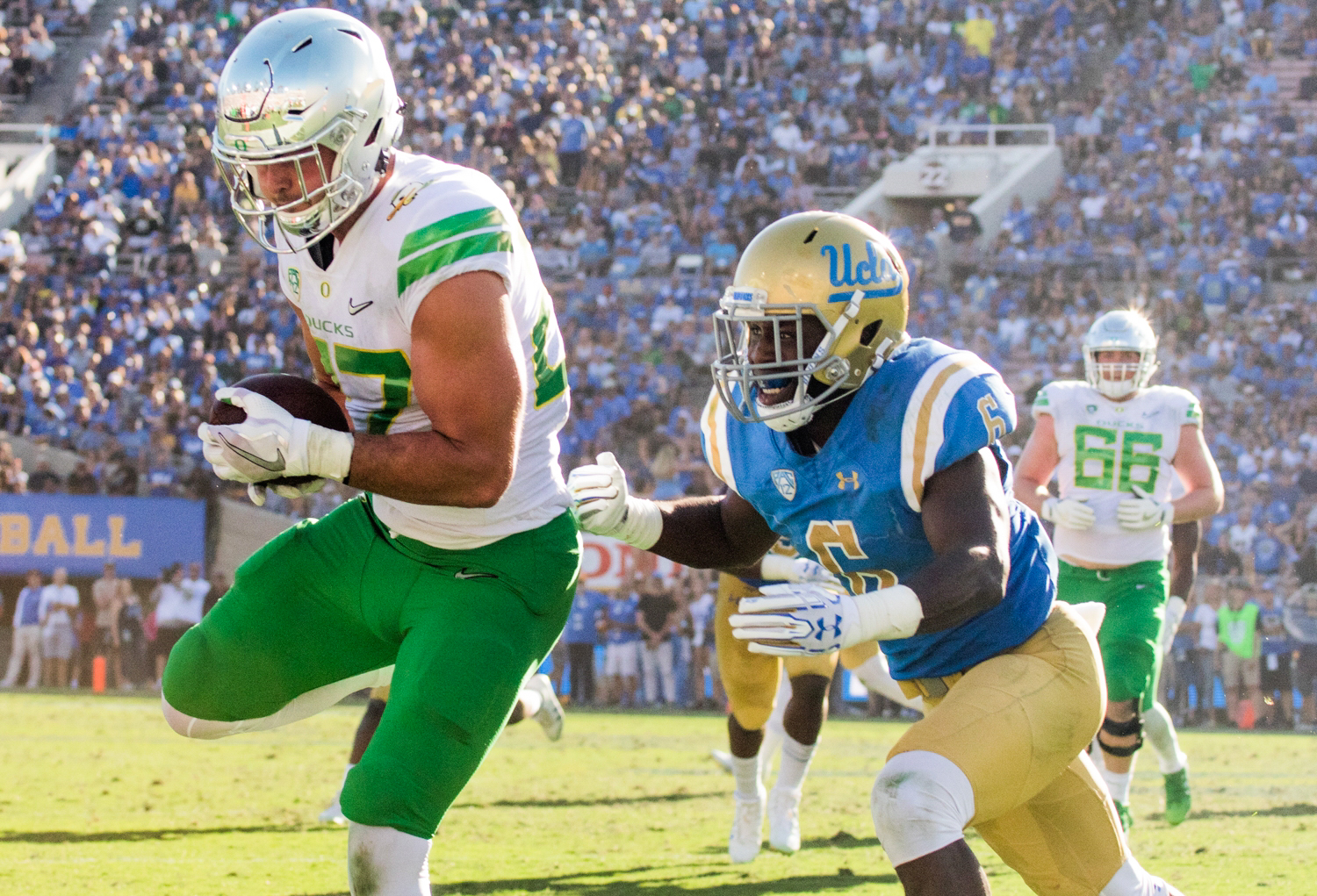