Chip Kelly unworried amid questions over UCLA’s next starting quarterback 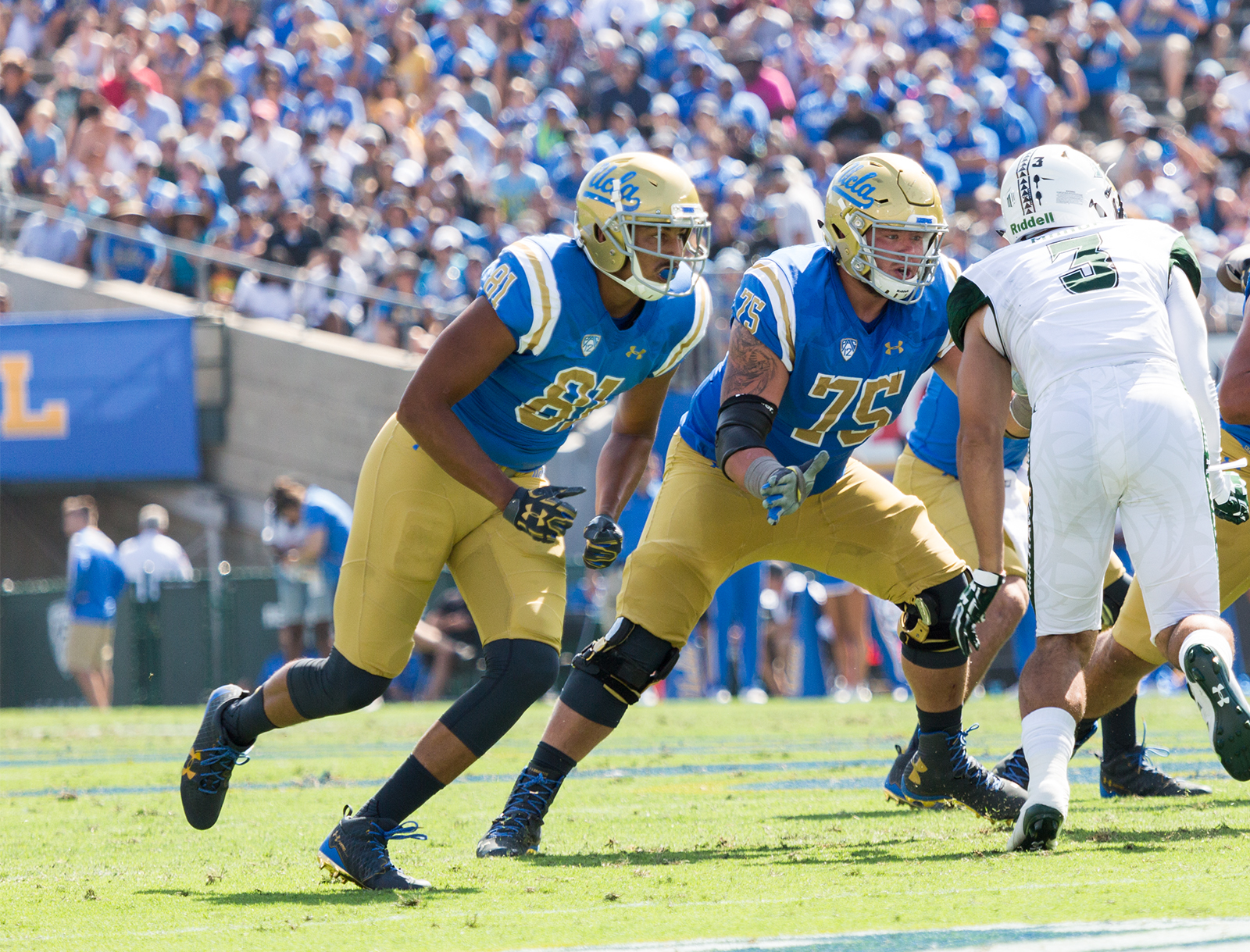 Rising redshirt junior tight end Caleb Wilson returned to the practice field for the first time in nearly a year this past weekend. Wilson suffered a season-ending foot injury in 2017 against Colorado. (Daily Bruin file photo)

The Bruins opened fall practice this past weekend and Chip Kelly is already being bombarded with questions about who his starting quarterback will be.

It is safe to say, however, that he does not know who it will be, either.

“There was nothing really solidified in the spring, so it’s wide open right now,” the coach said following Saturday’s practice. “We’ve added three new guys to the mix, so we’ll see what happens.”

UCLA football is entering its first season under Kelly and the quarterback position has been the hot topic of discussion because of the number of viable options on the depth chart.

Rising redshirt sophomore Devon Modster and graduate transfer Wilton Speight appear to be the quarterbacks with the most traction through three practices, but Kelly said he and his staff will continue to monitor all players.

“As we tell our players for everything, everything is an evaluation. We’ve always been that way,” Kelly said. “And that doesn’t just go for the quarterback position, that goes for every position.”

Kelly also said that he is not concerned with the uncertainty surrounding the quarterback competition because in his experience, they tend to work themselves out by the end of camp.

“Every time I’ve been in one of these quarterback competitions, usually the decision is made for you,” Kelly said. “And when you make it, everyone is like, ‘Yeah, that’s the guy who played the best over the course of time.'”

Rising redshirt junior tight end Caleb Wilson made his return to the field this weekend after missing the last eight games of 2017 with a right foot injury that he suffered against Colorado.

Wilson, who also missed spring practice, said the biggest thing he took away from the injury process was to avoid taking his position for granted.

“It just makes you more appreciative for every day, even when practice gets hard,” Wilson said. “I’m just thankful to be out there with my team and back competing.”

Wilson hauled in 38 receptions for 490 yards and a touchdown last season, and said Sunday that he will be prepared for whatever role Kelly and the new coaching staff envision for him moving forward.

“I’m just going to be there for however they use me, but I’ll just be the same guy I was last year,” Wilson said. “I’ll be consistent in whatever they need me to do.”

UCLA ranked dead last in rushing defense in 2017 – but the Bruins are motivated to reverse that trend this season.

Barnes, who recorded 50 tackles last season, also said the team has been focused on playing a faster, more aggressive style of defense.

“Whatever defense we are in or whatever front we have, we are going to do our job and fly around and be aggressive at all times,” Barnes said. 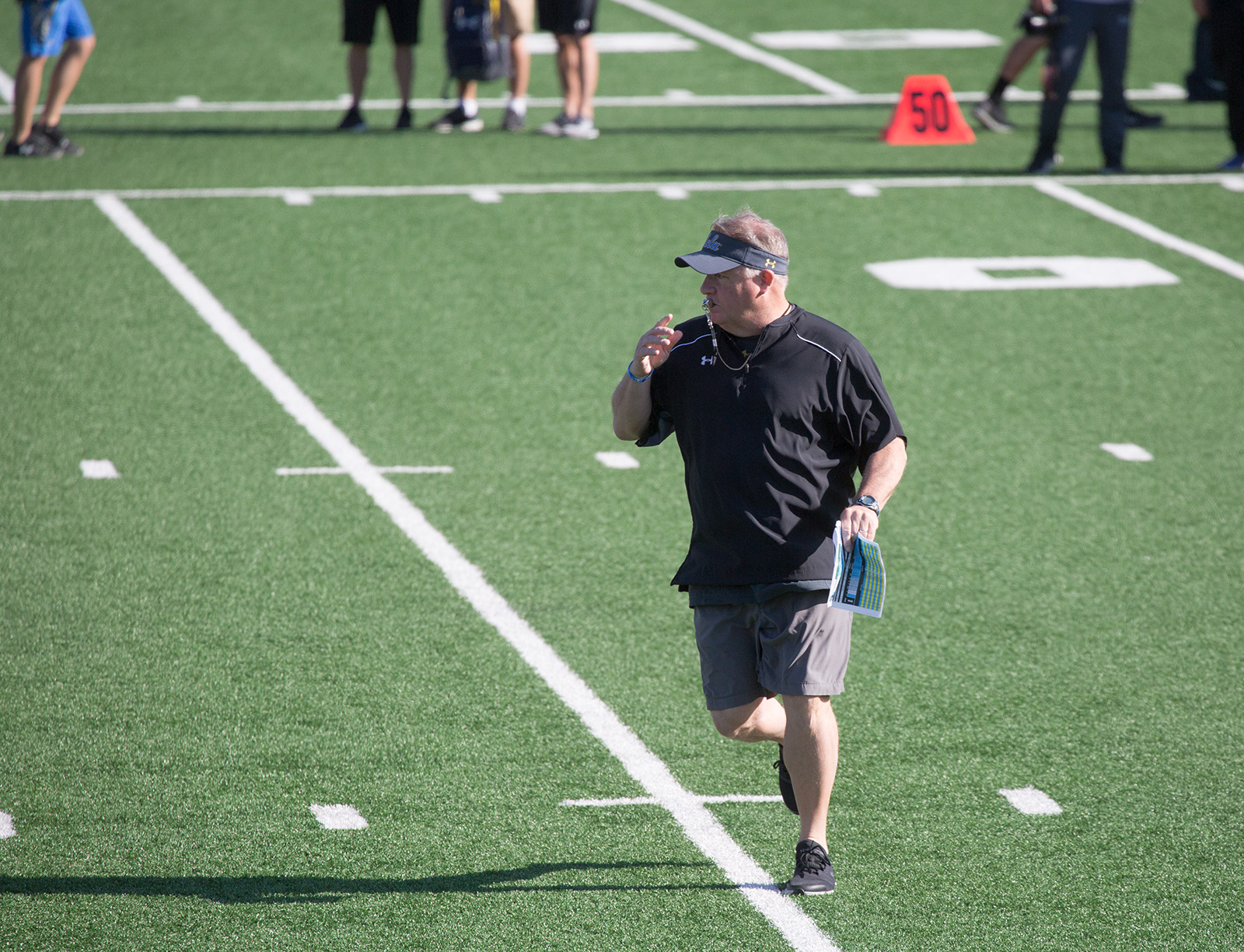