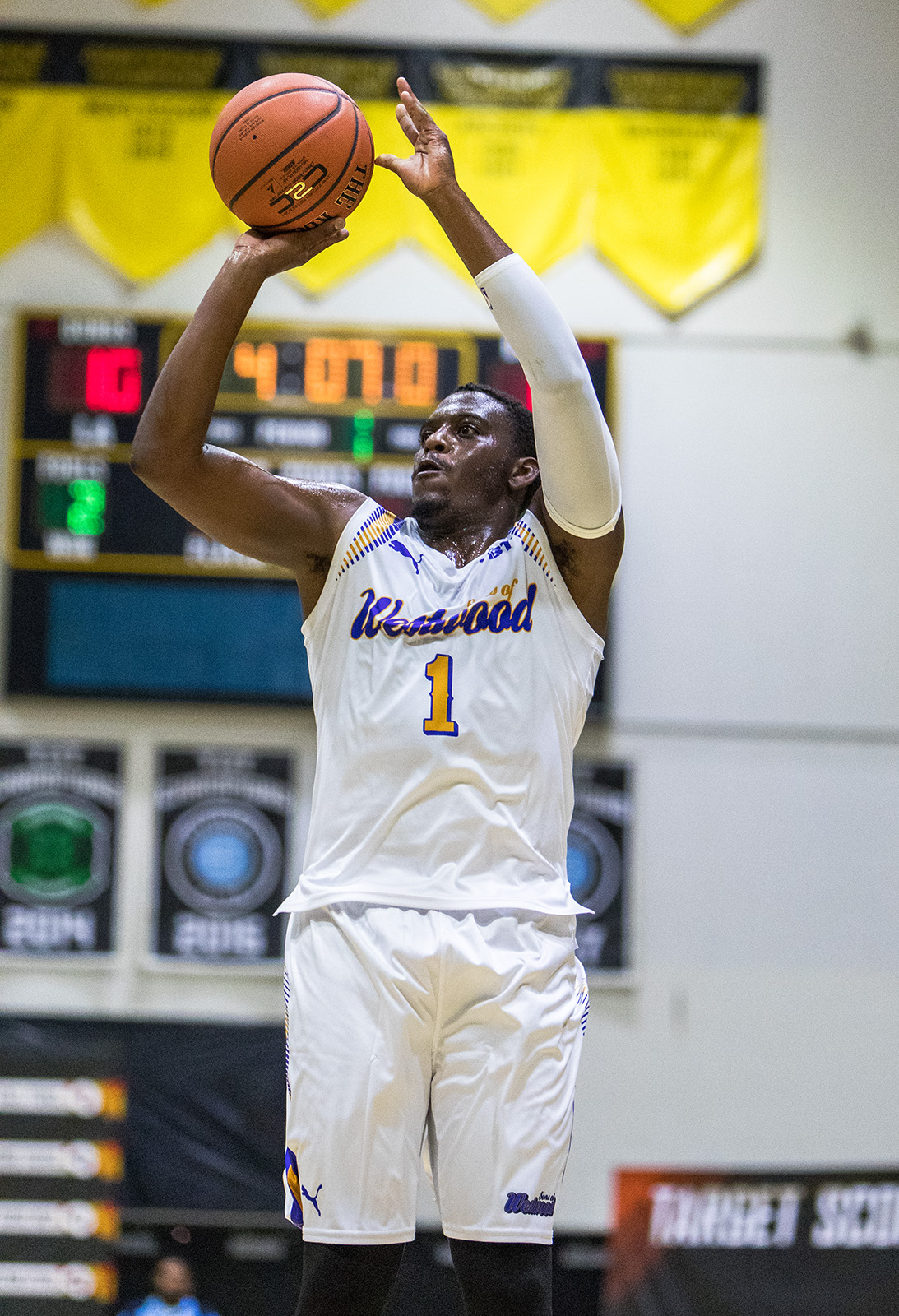 Former UCLA guard Jordan Adams scored a team-high 30 points in the Sons of Westwood’s 86-80 loss to Team Challenge ALS on Saturday. He scored 16 of those points in the first half. (Kristie-Valerie Hoang/Daily Bruin senior staff)

The Sons of Westwood watched as their $2 million dream went out the window Saturday afternoon in Atlanta at The Basketball Tournament.

After reaching the Super 16 with a pair of victories in regional play, the No. 4 seed Sons of Westwood were tasked with the challenge of taking on No. 1 seed Team Challenge ALS – coached by former UCLA guard Darren Collison.

A win would have guaranteed the Sons of Westwood a spot in the West Region Final, but they were still without a significant piece in the lineup.

After missing the first two games with a calf injury, former Bruin forward and 14-year NBA veteran Matt Barnes was expected to be available on Saturday, but he did not play.

Despite being without Barnes, the Sons of Westwood took a 6-point lead into the second quarter and entered halftime up by five.

Former UCLA guard Jordan Adams finished the opening half with 16 points and would end the night as the team’s leading scorer with 30 points on 9-of-18 shooting.

Team Challenge ALS turned things up in the third quarter and outscored the Sons of Westwood by seven, giving them a 2-point lead heading into the final frame.

Team Challenge ALS scored 13 of the first 20 points in the fourth quarter and held a 79-71 lead when Elam Ending time went into effect. The Elam Ending is an alternative ending style adopted by The Basketball Tournament in which a team wins by reaching a target score rather than holding a lead when the clock runs out of time.

The target score was set at 86, just seven points away from a Team Challenge ALS victory, but the Sons of Westwood pulled within two after a three by former Bruin forward Isaac Hamilton and a pair of free throws from Adams.

Despite the late comeback effort, the Sons of Westwood had their tournament run ended after a dunk by Marvelle Harris gave Team Challenge ALS the 86-80 victory.

Harris finished the night as the game’s leading scorer with 32 points on 8-of-11 shooting in just 29 minutes. He also shot 14-of-19 from the free-throw line.

Hamilton and forward GG Goloman were the only other players to score in double figures for the Sons of Westwood. They recorded 13 points apiece.

Team Challenge ALS will face No. 7 seed Eberlein Drive in the West Region Final for a spot in the semifinals against No. 2 seed Team Fredette.