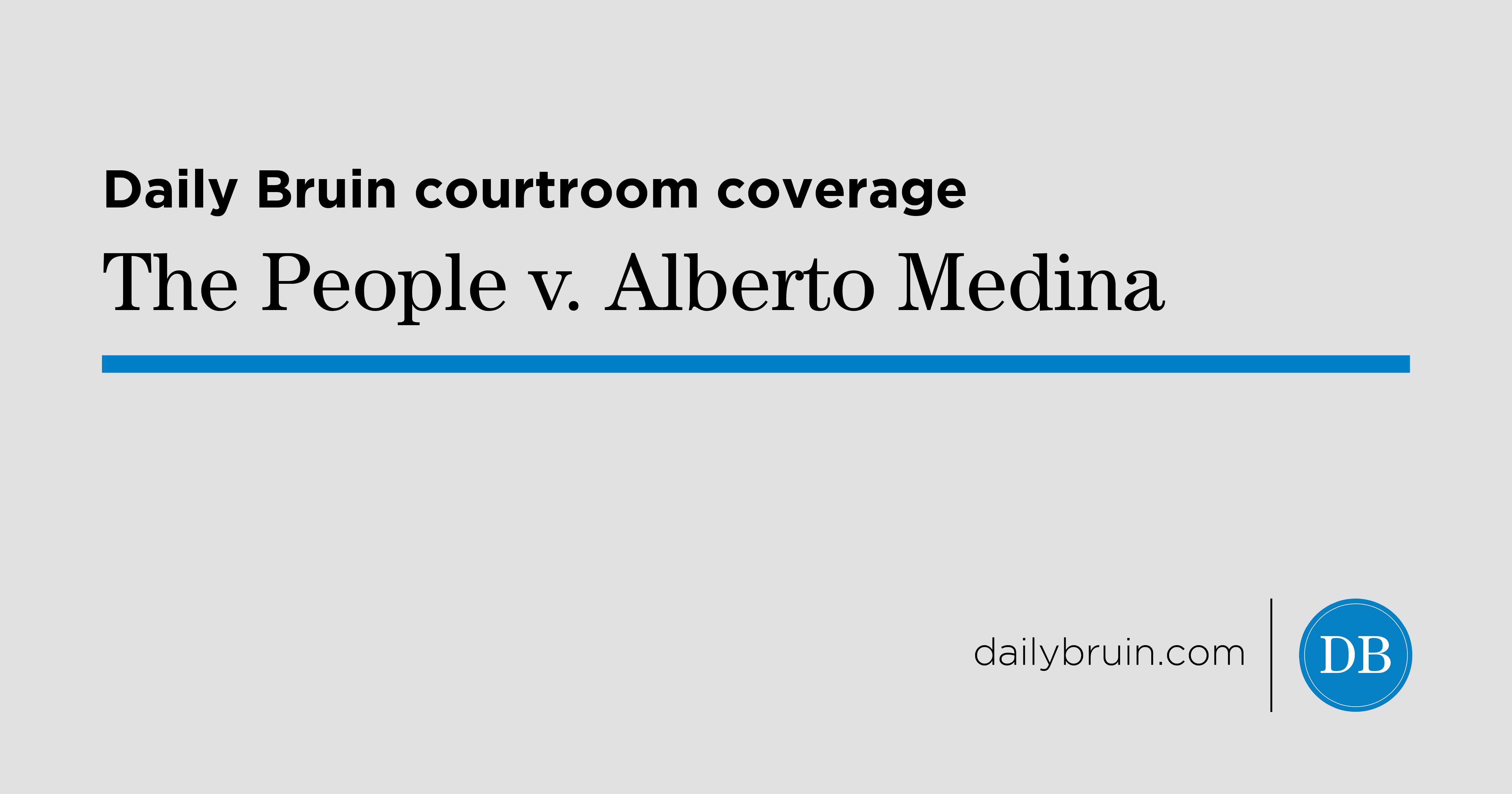 A judge postponed the sentencing of Alberto Medina for the 2015 murder of a UCLA student after the defense asked for more time to petition for a new trial.

Medina was found guilty of the first-degree murder of Andrea “Andy” DelVesco, a former UCLA student, in a trial by jury May 29. He was also tried and convicted of one count of arson, two separate counts of burglary and one count of cruelty to animals.

Debra Werbel, the attorney representing Medina, said a juror who spoke with the Daily Bruin after the jury delivered its verdict had revealed good cause for juror misconduct.

Michael Lipeles, the juror, had told the Daily Bruin the jury decided to convict Medina with first-degree murder after considering testimony from a man who encountered Medina briefly before the murder had occurred.

His testimony indicated to the jury that Medina had gone in with intent to pick a fight, Lipeles said.

Werbel argued that because the jury had found Medina guilty of first-degree murder on the basis of his desire to “pick a fight,” this did not constitute murder in the first-degree or of special circumstances. Therefore, Werbel said she does not believe Medina deserves a life sentence without parole.

DelVesco’s body was found in her torched apartment the morning of Sept. 21, 2015. She had been stabbed 19 times and her dog was also injured in the fire. Los Angeles police arrested Medina in his Fresno home, where they found the knife used to kill DelVesco. Forensic analysis on the blade of the knife proved to be a match to DelVesco’s DNA.

Judge Mark Windham postponed the case until Sept. 21, when the defense will present an official petition for a new trial. However, Windham said there was no case law in which a court has found a juror comment to a newspaper as constituting misconduct.

If Windham denies the motion, he will proceed with the sentencing of Medina. Victor Avila, representing the prosecution, added that he would have about 6 to 8 victim impact statements to read at the sentencing.

Avila said there was not good cause for juror misconduct given the overwhelming evidence of burglary. In California, if a person commits a felony in addition to murder, that murder can be considered in the first-degree under special circumstances.

Moreover, he said the juror gave a vague opinion to the Daily Bruin and that the comment excluded other facts that may have been considered by the jury. He added that this would also not be a case in which outside information influenced the decision of the jury.

The prosecution also said that more time should not be granted to the defense given the court’s ruling on the case and the impact it has on the victim’s family.

“The victim’s family, the mother, expressed to me that their lives are on hold until this is done,” Avila said.

Medina waived his right to have a sentencing within 20 court days of the jury’s verdict and is scheduled to return to court in September.