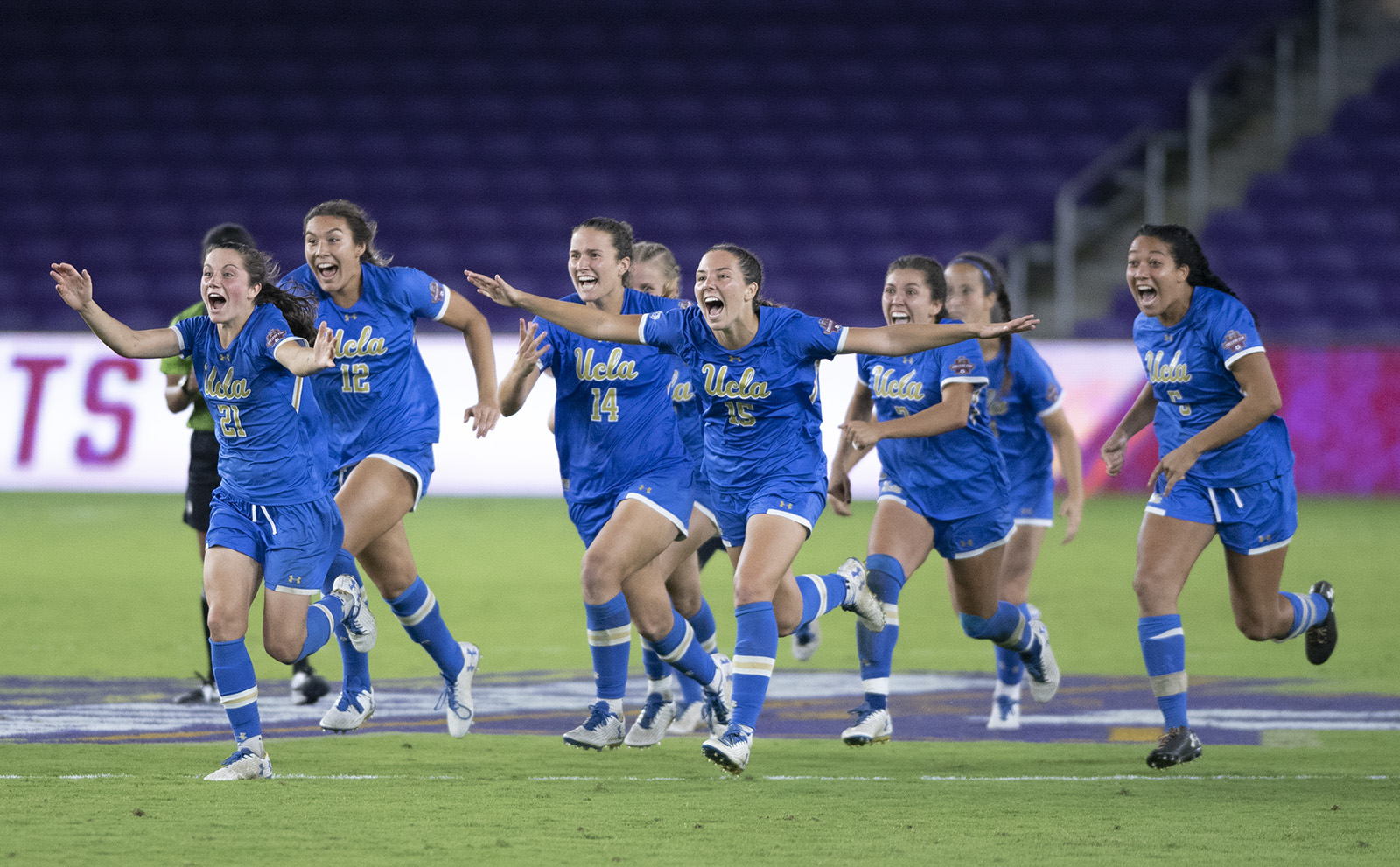 UCLA men’s and women’s soccer will be moving to the Wallis Annenberg Stadium next season and will face challenging schedules in their new home and across the country, facing defending champions and top-ranked opposition. (Axel Lopez/Assistant Photo editor)

Both Bruins soccer squads are moving into a new home at the Wallis Annenberg Stadium next season and will have the opportunity to welcome the new field with successful seasons.

UCLA men’s and women’s soccer released their 2018 schedules June 20 and July 3, respectively, and both teams boast a number of challenging matches.

The UCLA women’s soccer squad finished 19-3-3 last season and have a chance to replicate that success with a favorable schedule that includes seven regular season home games.

Their season begins with a preseason scrimmage against BYU on Aug. 10. The Bruins faced the Cougars in Provo during the regular season in 2017 and left with a 1-0 victory.

With a number of new recruits and players recovering from injury, UCLA should also be able to find some changes to be made before regular season play.

Unlike in 2017, when the Bruins enjoyed six straight matches in California before departing on the road, the 2018 team will hit the road for three straight matches against schools from across the country.

UCLA will be traveling to Penn State, Florida and Florida State, three top-15 ranked programs last season, in a row. The last time the Bruins faced any of these sides was in 2016, when they fell to Florida 4-3 in overtime and beat Penn State 1-0. Florida State and Penn State both fell to champion Stanford in last season’s postseason tournament, in the round of 16 and quarterfinal, respectively.

Pac-12 conference play begins Sept. 21 against Washington State. The Bruins will host one less Pac-12 game at home compared to last season, with five at the new stadium. UCLA will notably face Stanford away from home, unlike last season, when they fell 1-0 at Drake Stadium. The season will conclude with the Bruins facing rival USC on the road. Last season, the match drew an NCAA-record crowd of 11,925 in a UCLA overtime win.

The UCLA men’s soccer squad will face one of its most challenging seasons in recent memory, with matchups against seven teams that advanced to the NCAA tournament last season.

The Bruins logged a winning percentage of .417 in 2017, their worst since 1948, and recorded the fewest wins since they started playing 16 games per year.

The season opens with four out of seven nonconference matches played at home with opponents San Diego, San Francisco, Omaha and CSUN. UCLA faced San Francisco and San Diego last season, beating the Dons 5-3 and falling to the Toreros 3-1.

The Bruins will once again travel away from home to face three-time NCAA champions Maryland. Last season, UCLA was defeated 3-2 in overtime at Ludwig Field. The Bruins will also face Coastal Carolina in the first game of the regular season. The Chanticleers fell to Stanford in the third round of the NCAA tournament last season.

UCLA will notably play defending champions Stanford twice. Last season, the Bruins fell 5-1 away from home and have not beaten the Cardinal since the 2013 season.