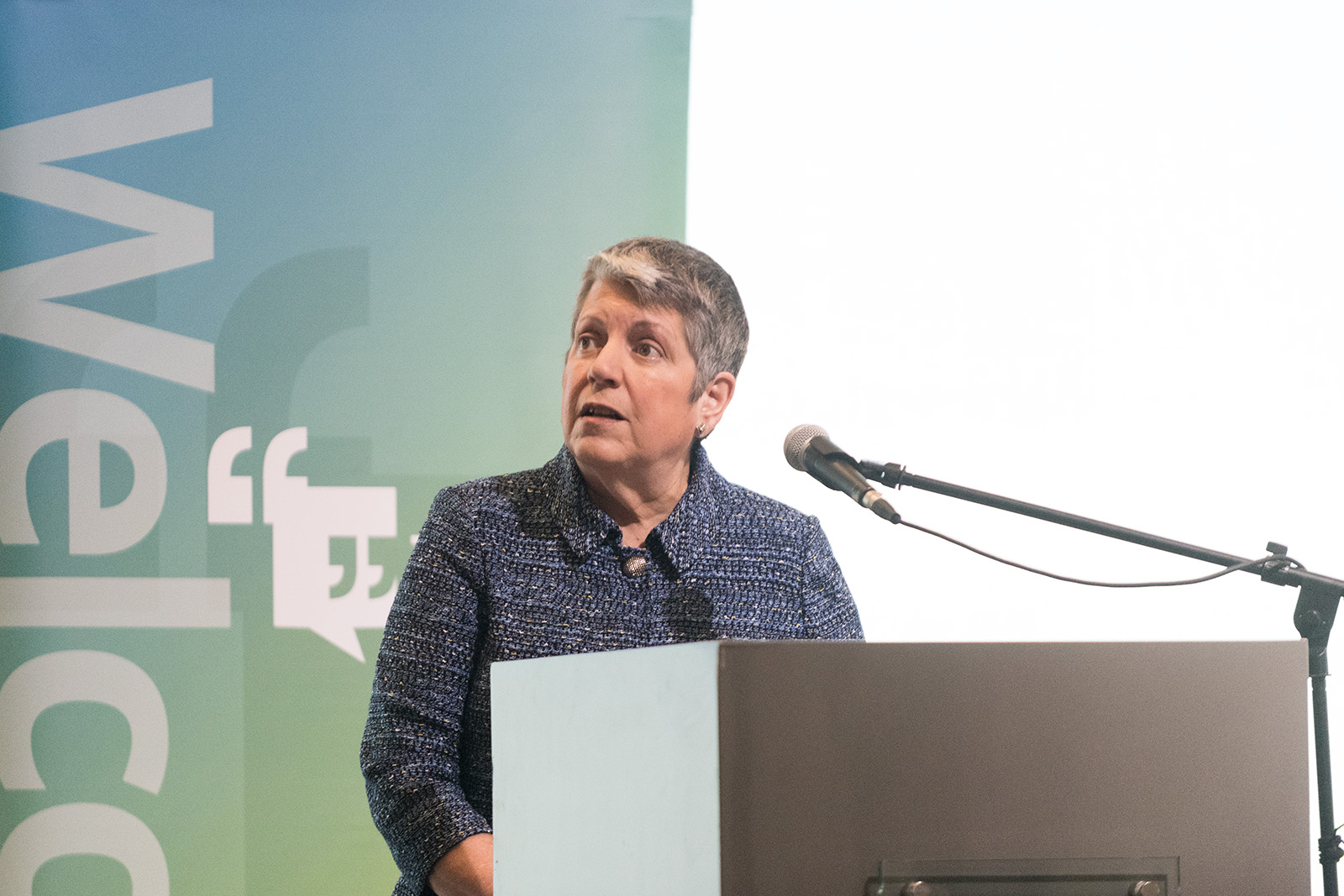 UC President Janet Napolitano, along with the Board of Regents, have expressed the goal of increasing the number of community college transfers and California residents. (Ryan Leou/Daily Bruin senior staff)

The University of California admitted a higher number of community college transfer students and out-of-state students than previous years for fall 2018, according to early enrollment numbers released Wednesday.

The UC faced pressure from Gov. Jerry Brown to increase the number of transfer students to one for every two freshmen. Brown withheld $50 million from the UC in 2017 until eight campuses, including UCLA, met this ratio. Brown advocates the transfer option as a cheaper path to a degree.

Brown and other legislators have also encouraged the UC to admit more California residents. A provision in the Budget Act of 2016 called upon the board to impose a specific limit on nonresident students as a condition to receive $18.5 million in additional funding.

The UC Board of Regents voted in May 2017 to limit the percentage of nonresident undergraduate students to 18 percent at five UC campuses. Campuses where nonresident enrollment already exceeded 18 percent, including UCLA, UC Berkeley, UC Irvine and UC San Diego, had to cap enrollment at their 2017-2018 levels. For UCLA, that would be 22.8 percent.

UCLA focused especially on recruitment in the Central Valley as part of a joint effort between UC and California Community Colleges to enroll more transfer students from underrepresented areas. The effort was launched in September 2016 to help Central Valley students become more competitive applicants, according to the UCLA office of enrollment management.