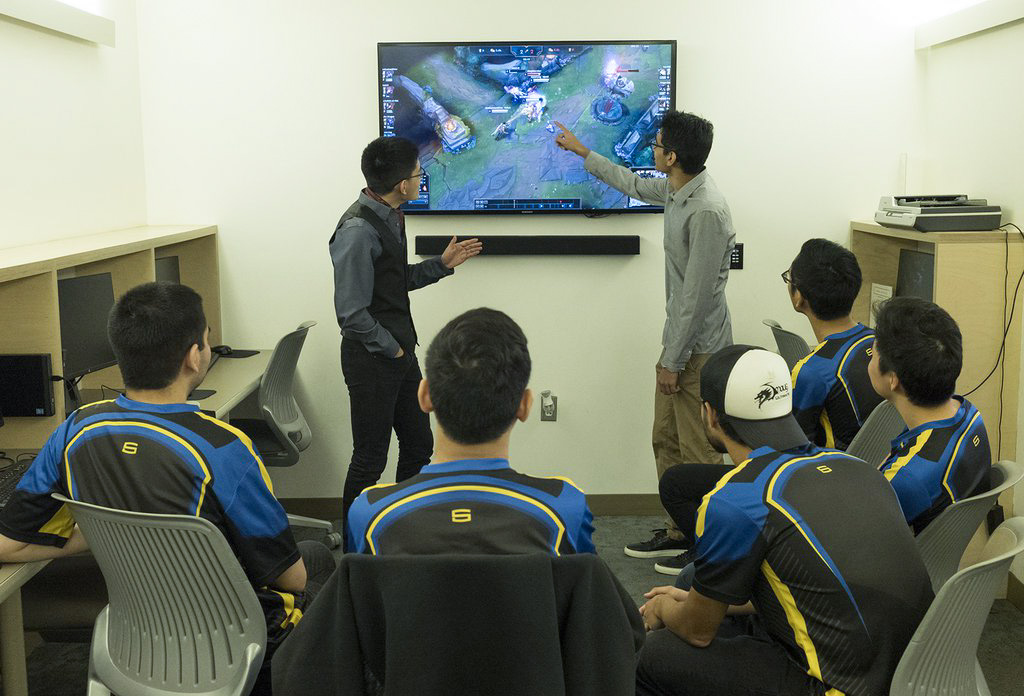 The Esports @UCLA group became an officially sanctioned Club Sport on Thursday. The squads will compete in Tespa tournaments and other collegiate matches across the country next year. (Quanzhao He/Daily Bruin)

The UCLA club sports scene welcomed a new member to its ranks Thursday.

Esports @UCLA was officially added to the UCLA Recreation and Club Sports list for the 2018-2019 school year. Members of the esports group and the school administration met over the past year to discuss the move to make collegiate gaming a school-backed sport.

The club sports team, which will compete under the banner of UCLA Esports, will consist of a number of junior varsity and varsity squads for each individual gaming title the group competes in. The group will encompass major esports titles such as “League of Legends,” “Overwatch,” “Hearthstone,” “Dota 2” and “Heroes of the Storm.”

The new Bruin teams will compete in a number of collegiate, national and international tournaments over the course of the season. Many intercollegiate college tournaments have already been held through Tespa, the network that connects college clubs across the nation and awards about $1.3 million dollars in scholarship money every season. Tespa hosts matches for over 25,000 athletes from over 1,200 schools located in the United States and Canada.

The Bruins already have one successful squad in their ranks. The Hearthstone squad finished second in the nation at the Hearthstone Collegiate Championship this year, where each team member was awarded $6,000 in scholarship money.

Recruitment to both junior varsity and varsity teams will begin in August, said Cole Schwartz, the club’s new director of esports. The Esports @UCLA group is also seeking out team managers, analysts and coaching staffers for the different squads.