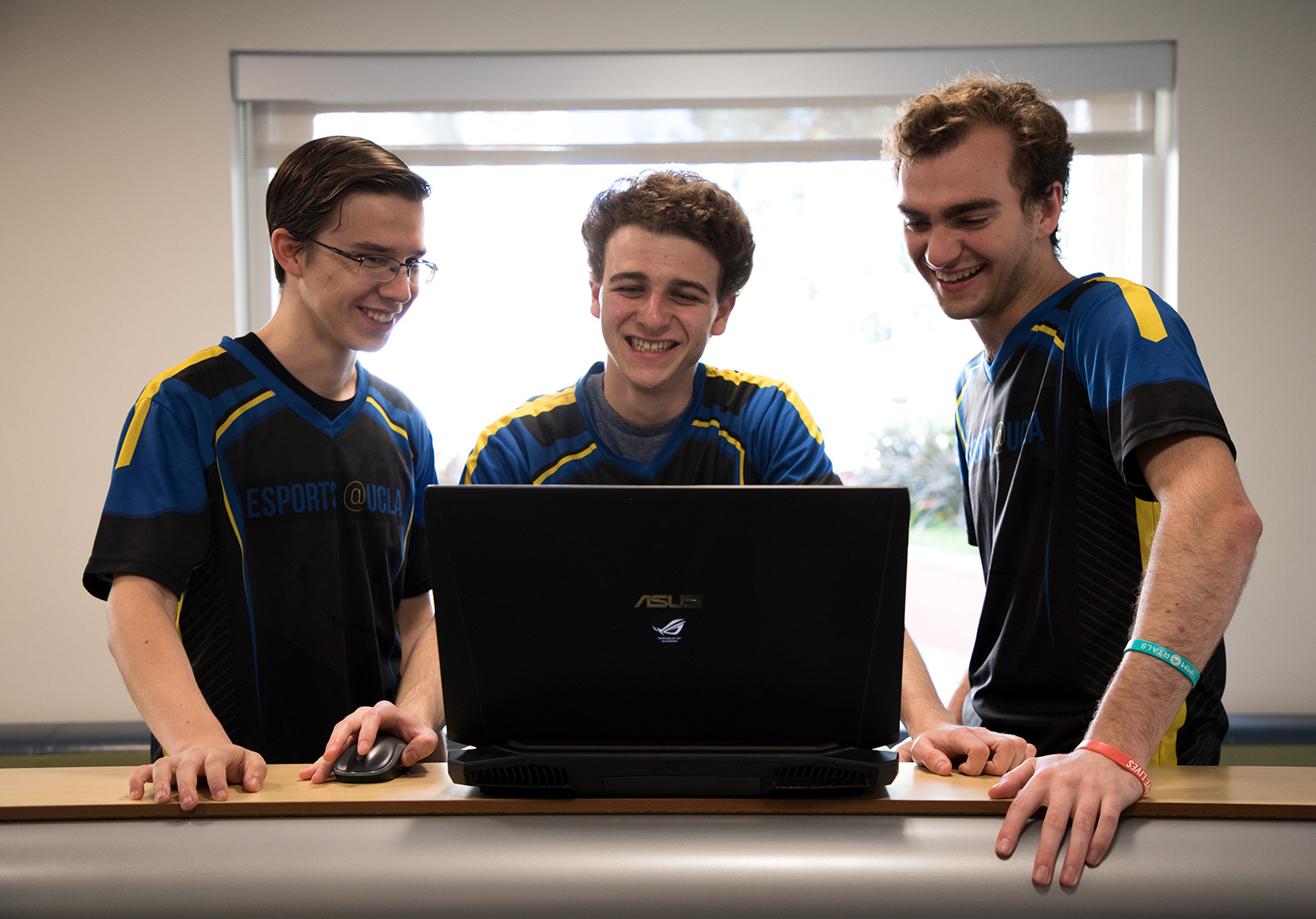 The Bruins have always boasted a strong resume in Pauley Pavilion and at the Rose Bowl – but a new wave of competition is coming to campus in the form of online card battles.

Founded in summer 2017, Esports at UCLA has structured the community at UCLA to encourage competition.

The gaming group offers a variety of games to play, from classics such as Super Smash Bros. Melee to the worldwide phenomena League of Legends and Counter-Strike: Global Offensive.

The UCLA Hearthstone team, composed of players Shawn “Triton” Footitt, Riley “Dovahcain” Dunne and Andrew “Kyrehx” Piro, advanced to the Tespa Collegiate Hearthstone Championship final, where they fell to Penn State Esports 6-2. The Bruins were the only team to return to the live finals this year.

Hearthstone is a collectable card game made by Blizzard Entertainment – the creators of World of Warcraft. The turn-based card game challenges players to use mana crystals in order to summon monsters to attack their opposition or unlock certain abilities from the 30-card deck.

“You’re essentially playing chess with the cards from your hand,” Footitt said. “Instead of your chess pieces starting on the board, they start in your hand. The way you win this game is you each start with 30 life and the game ends when it reaches 0.”

At first, Hearthstone was strictly a single-player game, but tournaments have begun to adopt team competition over the past three years. Dunne said teammates will stand alongside the players, who are competing one on one, to advise the competitor.

“It’s sort of weird because Hearthstone isn’t a game you would associate with a team synergy,” Dunne said. “It’s a single-player game. It’s the same playing with one person as it is playing with three. The only difference is that you pool knowledge.”

The Blue team – one of two teams under Esports at UCLA – combines game theory with hundreds of individual matches in Hearthstone to ascend the competitive ladder.

“It’s theorycrafting,” Piro said. “It’s basically just not playing the game, but thinking about what is good and what (cards) people will bring.”

“I’m big on getting the stats behind a lot of the individual choices in the game, just looking at what is best, even if it is a 1-percent advantage,” Footitt said. “I’ll run through the numbers and use different data websites that gather thousands of games for information.”

Hearthstone is a dynamic game, with the developers continuously refreshing the game by removing crucial cards and adding new ones to different decks. The team said the mental challenge is adapting to the game as new features are added.

“The most stressful time was at the end of April, when we had playoffs,” Piro said. “You had several hundred cards rotating out and you had 150 cards entering the game. So we had two days to figure out the new decks that were good and get ready to play six or seven teams in one weekend.”

Every day streamers interact with thousands during their multiple hourlong sessions. These viewers are encouraged to compete with their favorite entertainers.

“One time I ran into this really big streamer randomly,” Piro said. “I started freaking out and texting all my friends to watch the stream. I got smashed using the best deck in the game and it motivated me to get good and get through that wall to the competitive level.”

The Tespa tournament this season featured 1071 teams from 466 colleges nationwide, with teams in the running for $150,000 in scholarship money and the championship title. The Bruins advanced to the live finals along with seven other teams.

The tournament offered competitive players the chance to meet and discuss the game at length. The first night they were at the tournament, every team met in the lobby with the developers.

“The only two live tournaments I’ve been to with the team were (this year’s) and (last year’s),” Dunne said. “You are kind of like-minded because of the game that you can bond over and talk about. This last tournament we got along with Stanford and we got to know those guys really well.”

Despite camaraderie before the matches, rivalries emerge in the professional esports scene and at collegiate levels, and the Bruins have a few.

UCLA Blue was defeated 6-2 in the final by Penn State, but each player still walked away with $6,000 in scholarships. The squad said the tournament’s format of drawing cards from decks has been under scrutiny.

“That format is heavily criticized among those that actually play the game and especially those who have played the format at the competitive level,” Footitt said. “We had 10 minutes to prep for the final match. Penn State had watched us in the semifinal and they knew where we were going strategywise.”

Although the team has some of the best collegiate players in the country, the jump to the professional Hearthstone scene is difficult due to costs.

“The pro scene for Hearthstone is sketchy,” Dunne said. “One of the biggest tournaments right now is going on in Texas. So if you aren’t backed by a team, you are flying yourself out there. So if you don’t win, you’ve sunk all that money into it. It’s kind of a hit or miss.”

The team at UCLA said it expects big things in the coming year, with continued appearances in the championship and growth of the club. Two of its biggest goals are to become officially sanctioned by UCLA Athletics and provide funding and scholarships to teams.

The Bruins are one of the top teams in the country, coming second in the Pacific Alliance of Collegiate Gamers competition and the Tespa nationwide tournament. However, Esports at UCLA has continued its search for more talent in Westwood. The group continues to grow, and as does the demand for professional teams across the world.

“The issue with the esports community is that it is very self-driven and not everybody knows that there are actual teams for these sports,” Footitt said. “The thing I say to everyone is just come out and play some games.”