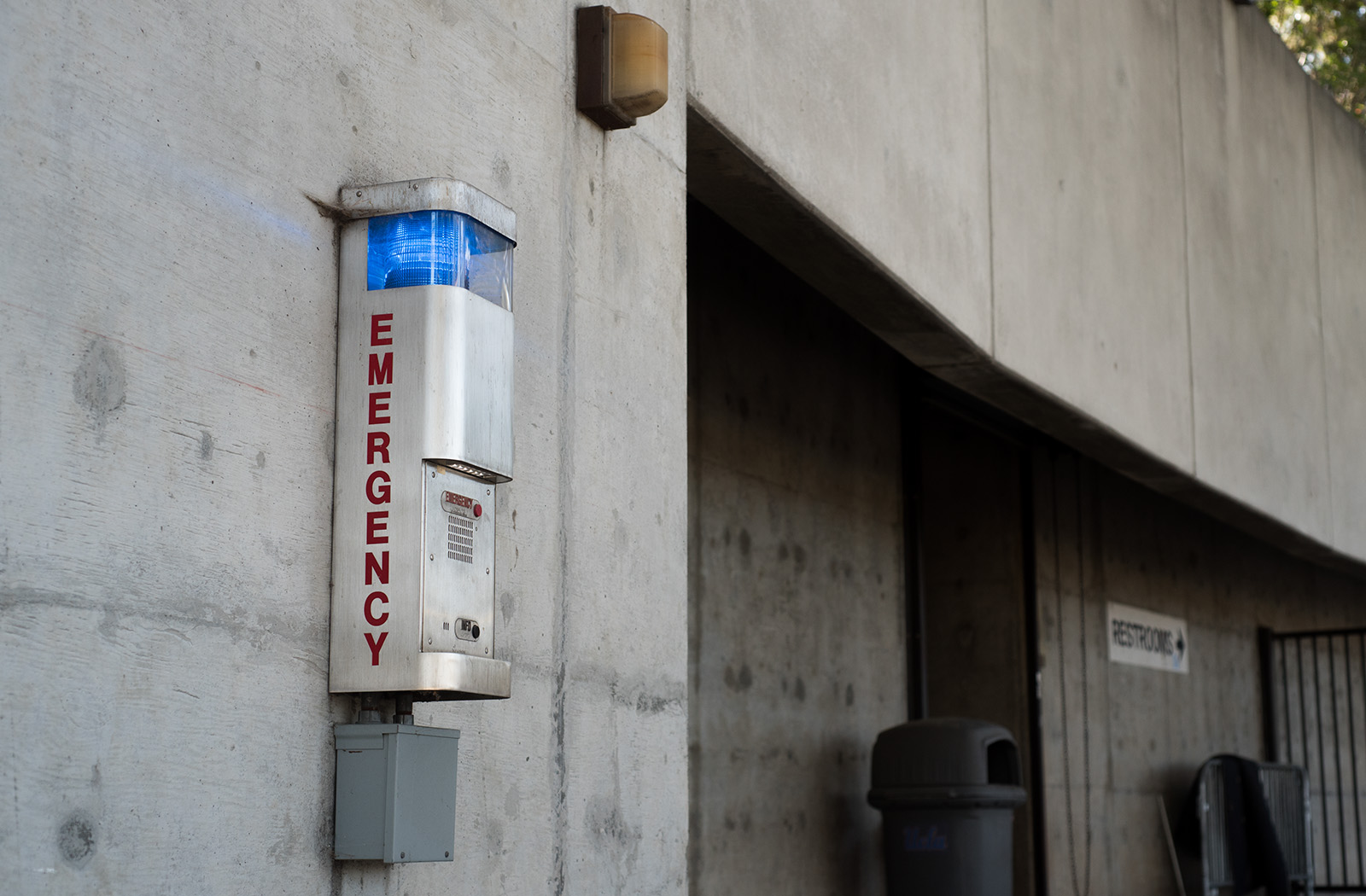 The UCLA Office of Emergency Management plans to install speakers throughout campus in 2019 to issue immediate alerts in emergency situations, such as fires or active shooters. (MacKenzie Coffman/Assistant Photo editor)

UCLA will install speakers on campus next year to make announcements during emergencies.

The UCLA Office of Emergency Management will implement a new speaker system along poles and buildings on Bruin Walk in 2019 in order to issue immediate emergency alerts about situations, such as fires or active shooters, said OEM director Art Kirkland, in a June interview.

OEM currently uses the BruinAlert system to notify students of emergencies through emails, texts and push notifications from a mobile app. The speaker system will supplement BruinAlert by informing students and visitors more quickly, Kirkland said.

“We have up to 10,000 visitors a day sometimes, so folks without the alerts on their phone can be informed with this project,” Kirkland said. “This is the best way to get that information to you in a hurry.”

The current alert system on Bruin Walk issues an alarm in emergencies but fails to convey specific information about the emergency like BruinAlert does. The university will retrofit previously installed alarm poles with the new equipment and construct several new poles.

Separate speakers will also be placed on walls by Drake Stadium and in other locations where poles are not necessary, Kirkland said. The entire system will stretch from the beginning of Bruin Walk at the crosswalk on Charles E. Young Drive to the Franklin D. Murphy Sculpture Garden on campus.

OEM also plans to extend the system to other areas on campus, such as the Hill and the Court of Sciences, Kirkland said.

“We work with (OEM) to issue BruinAlerts for active events like natural disasters or active shooters, or police activities that are currently in progress,” Kilgore said. “We’ll be able to tell people if they need to evacuate.”

He added that he thinks the speakers will help students receive information about emergencies more consistently.

“You may not get your emails immediately or have the ability to look at a BruinAlert on your phone,” Kilgore said. “I think the speakers will be something that’s a positive for our community.”

Several students said they think that the speaker system will be helpful for students if they pay attention to the alerts.

Park Jiamsripong, a rising second-year undeclared student, said he thinks that the speakers will be worthwhile if alerts are loud enough to catch students’ attention.

“I guess I wouldn’t really mind it as long as it’s saying productive things,” he said. “I do think people just play on their phone or talk to their friends, so I don’t think they’ll care too much.”

Thomas Brinkop, a rising second-year chemistry student, said he thinks that a speaker system would be effective because information regarding past emergencies did not reach students quickly.

“I think it’s a really great idea, partially because we’ve had a fire scare earlier this year, so anything like that would be really helpful and efficient for the campus,” he said.