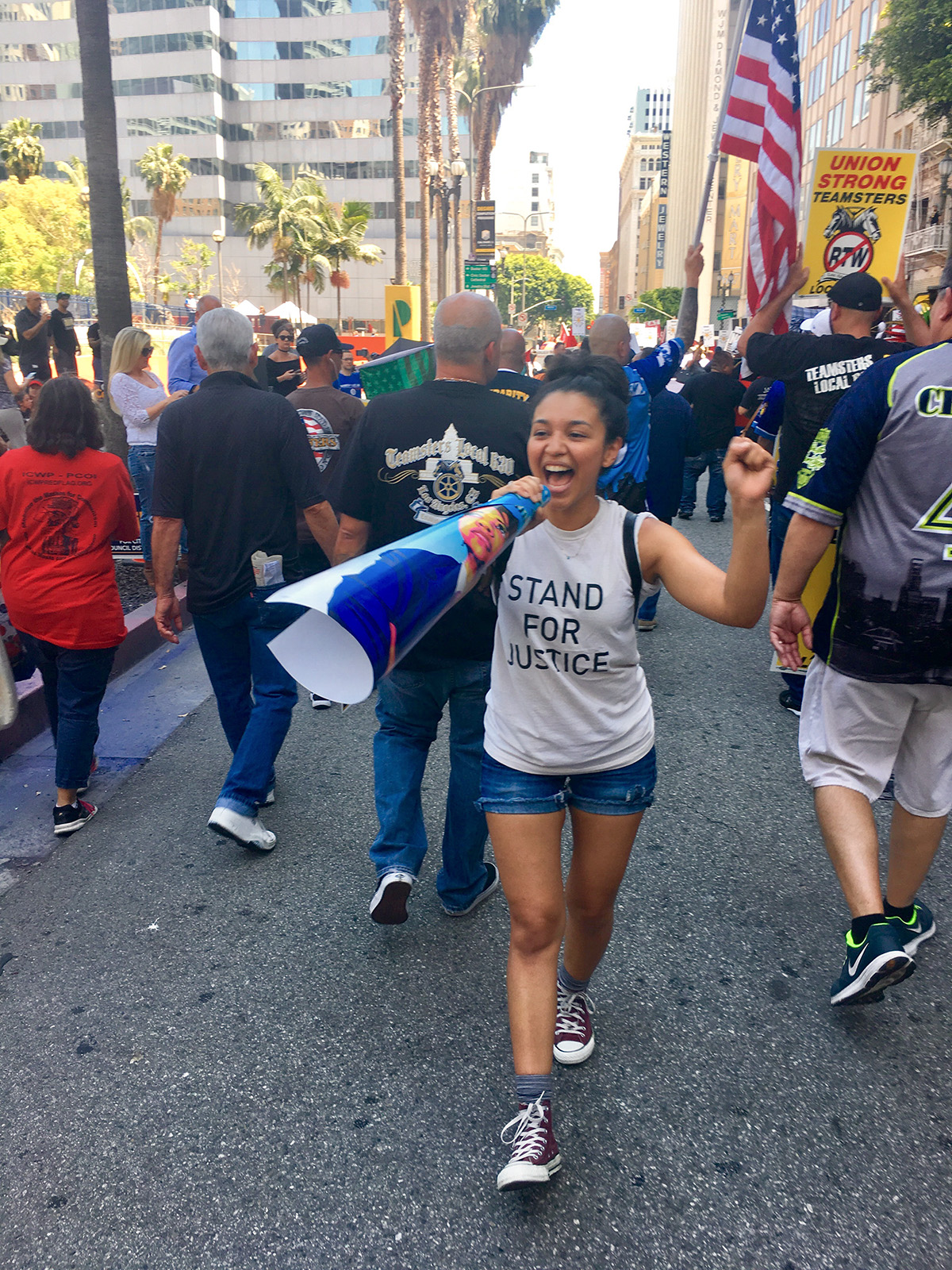 When she was 11 years old, Rosie Rios mobilized members of her community to protest the bulldozing of her neighborhood.

Rios’ passion for advocacy manifests itself in her work as the administrative director for the UCLA Prison Education Program, where she engages incarcerated individuals and UCLA students in discussions about art, social justice and advocacy. The Prison Education Program allows students from UCLA to enroll in classes alongside incarcerated students from the California Institute for Women or Barry J. Nidorf Juvenile Hall.

“The UCLA students and faculty take a bus at 7 a.m. once or twice each week either to CIW or BJN,” said Rios.

Rios, who was the first in her family to attend college, graduated from UCLA with a degree in sociology in 2017. She discovered the Prison Education Program after becoming involved with the Justice Work Group, a student group on campus that works closely with the Prison Education Program by supporting individuals on campus who have been adversely affected by mass incarceration.

Rios said she was motivated to take one of the classes offered by the program because she has friends and family who are or have been incarcerated.

“Back in my community, it’s a normal thing for people to get incarcerated all the time,” she said. “Going to a juvenile hall was a ‘cool’ thing. I had family members in and out of prison and it’s normalized and then you come here and realize there’s something wrong with that.”

Rios said she found the program powerful because she felt a sense of community with the incarcerated students and with Bryonn Bain, the program director who taught Rios’ class.

“(Bain) is someone who is super educated but who can also bring it down to the cultural relevance,” Rios said. “He’s always open to ideas and I can tell the guys really admire and look up to him.”

Bain came to UCLA in 2016 to start the Prison Education Program. As an actor, poet and educator, he has devoted much of his career to studying the school-to-prison pipeline, a trend in which a disproportionate number of youths from disadvantaged communities end up in the juvenile and criminal justice systems.

Los Angeles has the highest incarceration rates in the country, Bain said. That statistic factored heavily in his decision to start the Prison Education Program at UCLA.

Solutions to address mass incarceration have to start somewhere, Bain said, and he thinks Rios is dedicated to finding those solutions.

“She’s so committed that there are days when I just have to tell her to go home and stop because her heart is so fully invested in the work that she does,” Bain said. “In some ways, I could not imagine a better person for doing what she does.”

“I was one of the people who cheered them on behind the scenes, making sure they followed through with what they were going to say,” Rios said. “In that moment I felt that everything I had ever learned in my life, all my experiences, were meant for this particular space.”

Maria Salcido, a third-year sociology student, is currently enrolled in a class at BJN in which students use theater to explore law and justice. As an undocumented immigrant from Mexico, Salcido said she was nervous about going to a juvenile hall because she would be in close proximity to police officers.

Salcido said Rios was able to ease her fears.

“She knew the paperwork I needed and assured me it would be fine,” Salcido said. “She was very understanding and caring and it made me feel that students like me could participate in programs like this.”

In her activism, Rios often encounters people who are opposed to her ideas or her work. To deal with this, Rios said she reminds herself of how her parents told her to treat everyone as family.