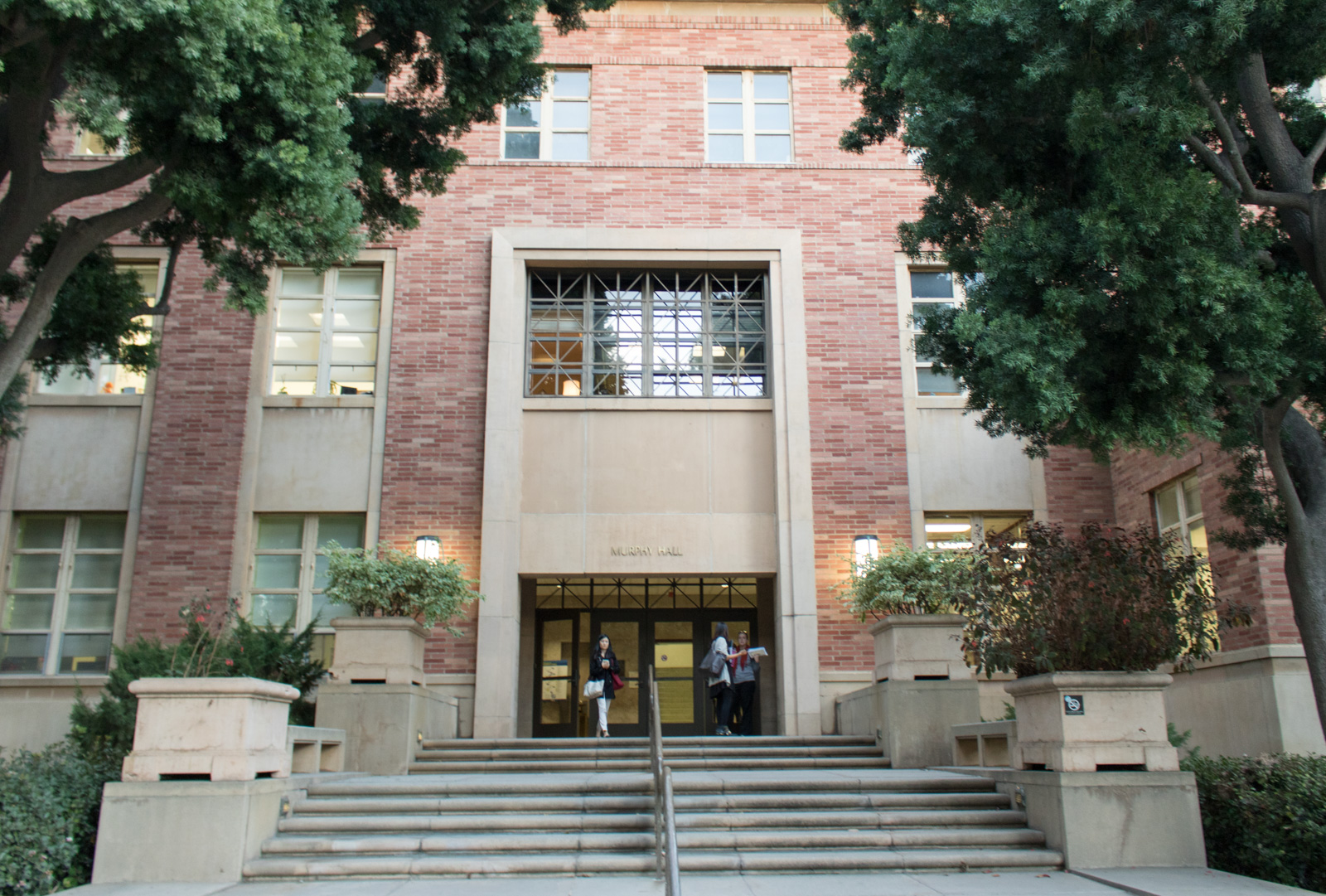 The UCLA Title IX Office, which is located in Murphy Hall, said it is in the process of hiring additional staff to handle the increased workload and reports from this year. (Daily Bruin file photo)

A new University of California advisory board is addressing shortcomings relating to sexual violence across UC campuses.

Suzanne Taylor, the interim UC Title IX coordinator, said in an email statement that the new board will identify emerging issues related to sexual violence and update students about the University’s efforts to prevent and respond to gender discrimination and harassment.

The systemwide Title IX office oversees the education of Title IX staff at each campus and implementation of new policies.

Leann Pham, UCLA’s undergraduate representative and a fourth-year political science and Asian American studies student, said she thinks the Center for Advocacy, Resources & Education at UCLA is desperately in need of more funding.

“Because (the student representatives) were able to meet with each other, we were able to pinpoint problems. We figured out UCLA only has two CARE counselors, while UC Berkeley has 20,” she said. “Those CARE counselors are supposed to protect 40,000 students as well as employees and spouses of the students.”

CARE has offices at every UC campus to provide free and confidential support and healing services to survivors of sexual violence.

Sophie Bandarkar, UC Berkeley’s undergraduate representative, said the board will support creating more resources for survivors of harassment and violence.

“The role of the board will be to advocate for more equitable Title IX policy,” she said. “So far, as board members we’ve worked to advocate for which services, such as CARE centers, need more funding.”

Pham added she thinks the centers at some campuses lack funding because their respective campuses have not prioritized funding the program.

“Hopefully we can have a ballot initiative next year to have $1 of fees go to CARE,” she said. “I think UCLA has put (funding) the program on the back burner.”

UCLA spokesperson Ricardo Vazquez said in an email statement that the UCLA Title IX Office is working to make students aware of resources and increase those available.

Vasquez also said that due to the increase in reports received this year, the Title IX office is in the process of hiring more staff to handle the additional workload.

Pham added she thinks the UC system needs to work on being more transparent about ongoing cases across all campuses.

“If a case is going to hit the media, UCLA releases a letter with all the info the students should know. We’re working on proactive, transparent approaches like that,” she said. “We think more schools should do that.”

Shweta Karkee, UC Irvine’s undergraduate representative, said the board is reaching out to students and officials from CARE, Title IX and student health offices at individual campuses.

“One of the biggest focuses we’ve had is collecting input from students and reporting that back to the board so we can integrate changes in policy,” she said. “As we are the inaugural students on the board, we’ve been trying to get a feel of how much influence we have over policy.”

Karkee added the board is trying to make UC Title IX policy inclusive to minority communities.

“One concern that we, as a board, have been working to fix is making adjudication policy more gender-neutral so that gender-nonbinary students feel more comfortable filing complaints,” Karkee said.

The student representatives on the board relayed different ideas about how to be accessible to students.

Bandarkar said she thinks student government is an effective way to reach students on her campus.

“I am hoping to use my student government platform to spread the word about Title IX policies and how they impact students,” she said. “The executive office I am part of provides casework services for students, through which we see respondents and complainants – this helps me understand what’s working and what’s not in the Title IX process.”

Pham said her position in UCLA Residential Life will help her reach large numbers of students through educating the resident assistants she works with.

“With my new lead RA position, I coordinate Title IX training, and RAs report the highest number of Title IX cases,” she said.

Taylor said the student representatives have collaborated with groups on their respective campuses to create events and raise awareness of sexual violence.

“As each campus is unique, board members have different approaches to connecting with their student constituencies, including staffing office hours, setting up Listservs, and distributing flyers,” she said.

Bandarkar said she thinks students are becoming more aware of the prevalence of sexual harassment and violence.

“I like to think that the ‘Me Too’ movement has promoted engagement and awareness with the issue, along with some of the high-profile faculty cases we have had in the past two years,” she said.

Bandarkar added she thinks the UC must standardize its policies across different campuses.

“I think that the UC is trying to support survivors, but think that they could do more to account for disparities across the system,” she said.