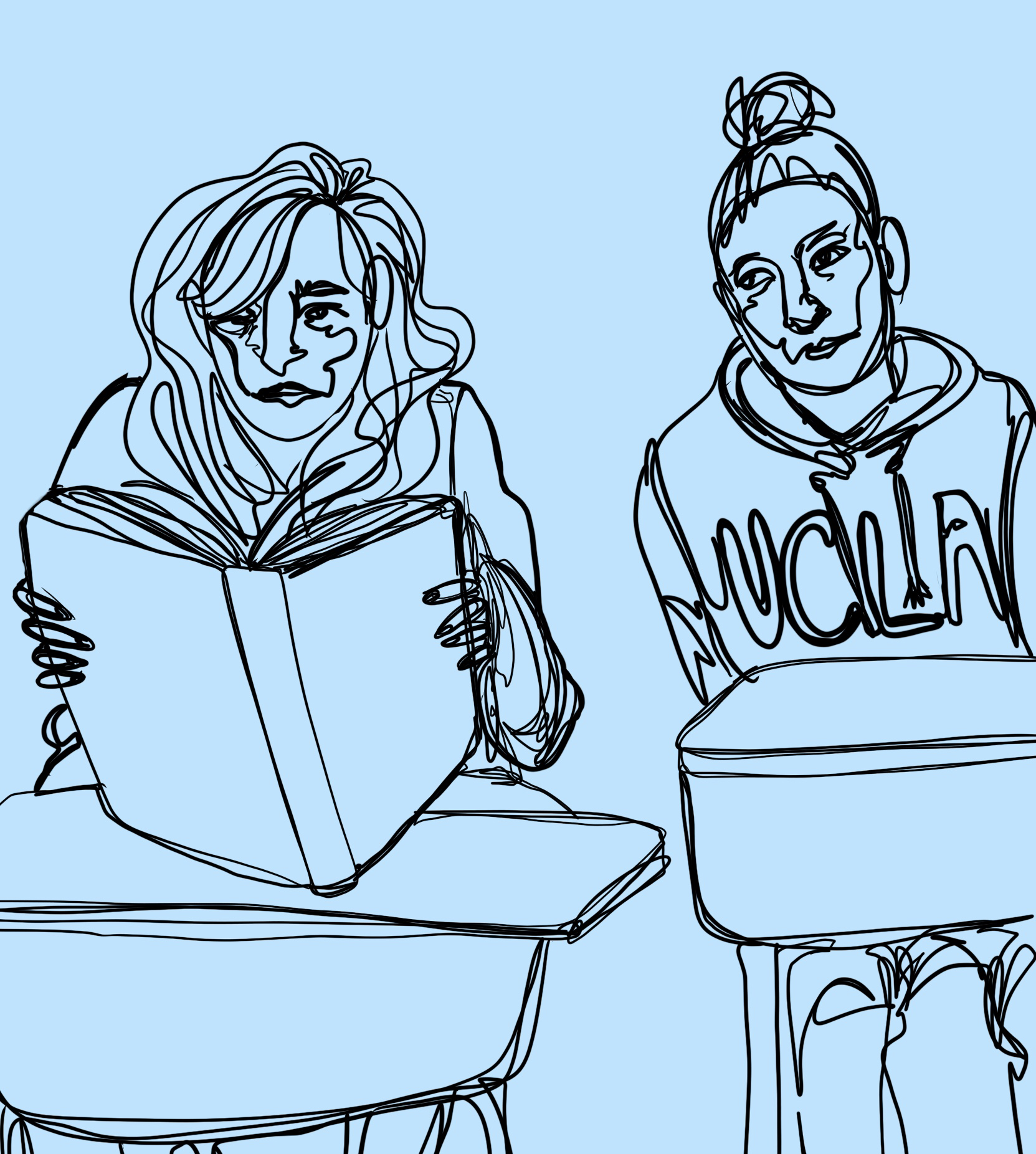 UCLA’s Office of Student Conduct deals with cases of student cheating. It can provide support for students who are under an immense amount of pressure to succeed but can also cause weeks of stress for students awaiting the office’s verdict.

After Divya Sharma was accused of plagiarism, he said he lived in a constant state of anxiety for eight weeks as UCLA investigated the claim.

Sharma, a fourth-year global studies student, said a professor accused him of academic dishonesty in December 2016 after an online submission program calculated that his sociology essay was 11 percent plagiarized.

While the professor eventually admitted to a grading error, Sharma said that eight weeks had elapsed from when he was first notified of his alleged misconduct by the professor and contacted by the Office of Student Conduct.

“This is a big issue in the general process,” Sharma said. “Students shouldn’t have to think that they could possibly be expelled for eight weeks.”

Sharma, the outgoing Undergraduate Students Association Council Academic Affairs commissioner, said that when he was being accused of cheating, he was contacted by the office and met with Jasmine Rush, its associate dean and director, to address the complaint. He said Rush contacted his professor to make sure that the details matched up with those provided with the professor’s account.

He said he was informed that he would have to come back to the office the next quarter and evaluate his options: a hearing to defend his position, or a quarter of dismissal.

“Usually students are at their brink after a quarter of this process, and it’s a quarter’s worth of anxiety,” Sharma said. “It’s kind of difficult to go about school and focus on academics knowing I might be dismissed for an entire quarter.”

He added he thinks students should take advantage of the option to appeal their case.

“I often see students don’t know their rights and what academic freedom is – that there is a university policy for professors to put their policy on academic dishonesty on their syllabus and resources to turn to, but that there are also problems with the administration,” he said. “Most of it is just older people telling you what to do. Students need to know how to stand up for themselves in a student conduct hearing.”

A fourth-year computer science student who preferred to remain anonymous said they also found the student misconduct process to be unnecessarily drawn out, with weeks of anxiety elapsing between the initial allegation and the establishment of the verdict.

They said they were referred to the Office of Student Conduct after copying code from the popular coding resource GitHub to complete a class project. They said doing so is ubiquitous in computer science courses because the professors and course material rarely prepare students for the assigned projects.

“For me, the course itself didn’t prepare me at all for the project that was asked of us, and the professor didn’t give any real guidance on how to approach the project,” they said. “When I asked for help, I was just told to figure it out.”

They added that students are often tempted to resort to code repositories because the class is graded on a curve, which they think discourages collaboration.

“It’s so common: Everyone talks about it and the professors know about it,” they said. “I was careless, but a lot of people try to mask it by taking the idea and using the code but writing it in a way that hides their trace.”

The student said they were notified by the professor of the violation at the end of fall quarter, and suffered weeks of anxiety until they were contacted by the Office of Student Conduct the fifth week of winter quarter.

They said that they felt the dean of students never tried to reprimand them, and only tried to get a better understanding of what pushed them to violate policy while acknowledging the immense pressures to succeed academically.

They added the dean took into account all the factors unique to their situation, including their international status, the fact that their student visa would be revoked were they to be dismissed, the fact that it was a first-time offense and that they were a senior scheduled to graduate in spring.

Rush said cheating often stems from academic, financial and family pressures rather than intentionally malicious wrongdoing, which is why she said she seeks to address not just the misbehavior itself but also the underlying cause.

“Dealing with violation itself – the mechanical part of it, the technical part of it, is only half the process. But we also have to deal with the pressure that leads to students taking the shortcut,” Rush said.

She said that the office connects accused students with online workshops that give pointers on avoiding plagiarism, which she said is the chief form of misconduct allegation and broader lessons about academic integrity.

She added academic integrity workshops are also provided for students on demand to educate them on various policy violations. The office also provides in-person workshops about two or three times a quarter to address examples of academic dishonesty and how to avoid them.

“We wanted to have a tool for students to use whenever that’s not formal, with no sign-up,” Rush said.

Rush said she thinks such tools are valuable because students with policy violations sometimes claim not to have been aware that their behavior violated policy. However, she added students often are aware of their policy violations, and even remember participating in academic integrity workshops with Rush at New Student Orientation.

She added the office also connects students with resources that can help them deal with some of the pressures that contributed to their situation, including recommending them to the Economic Crisis Response Team at UCLA, or resources at UCLA Counseling and Psychological Services.

Rush said that cases of students being referred back to the office after a second policy violation are extremely rare, because she thinks the office is able to provide the student with the resources they need. She added that many students who are referred for an initial violation take part in the educational opportunities that the office provides.

“If you’re at UCLA, you must believe in hard work and consistently make good choices. One poor choice doesn’t mean (the) entire individual can’t make better choices,” Rush said. “Regardless of why the conduct happened, intentional or unintentional, the only way we can help them is to figure out why (they did it) and what tools we can refer them to.”