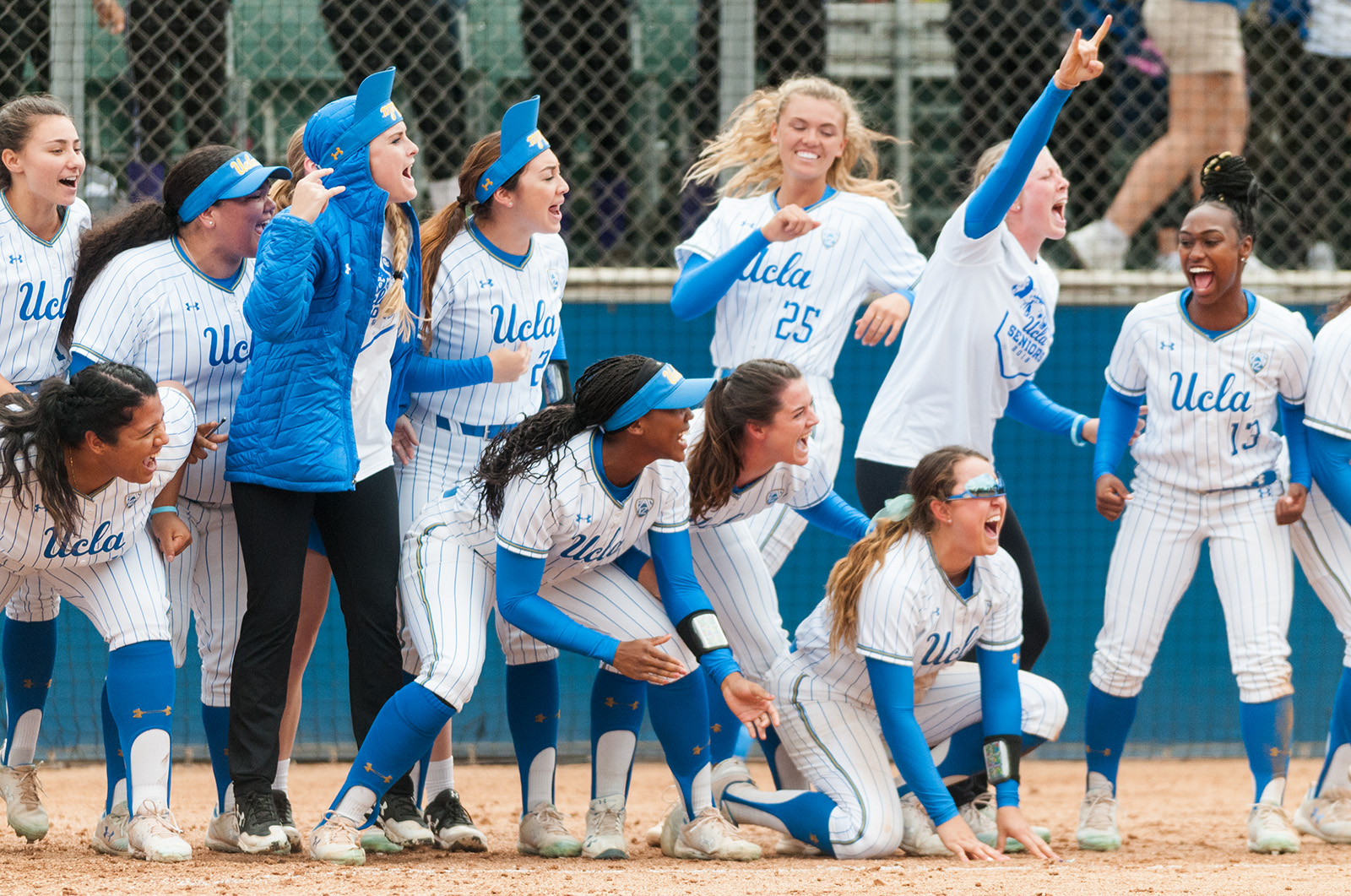 UCLA softball had one of its best regular seasons in recent memory, finishing with a 50-4 record, but it culminated in a third-place finish at the Women’s College World Series. (Liz Ketcham/Daily Bruin)

The Bruins did almost everything right.

UCLA softball started the regular season with the No. 1 recruiting class in the country and 25 straight wins, tied for its best start to a season. The Bruins finished regular season play with an overall record of 50-4 – their best winning percentage since the turn of the century.

“The freshmen worked just as hard as everyone else on the team. We don’t look at it as different classes, but everyone as equals,” said junior catcher Taylor Pack. “In previous years we haven’t really meshed like we did this year. We just bought in.”

The Bruins finished the regular season second in the Pac-12, just one game behind conference championship winners the Oregon Ducks.

The NCAA’s website keeps track of eight offensive categories for Division I softball teams, and by the end of its season UCLA ranked in the top 10 in four of them – batting average, scoring, on base percentage and slugging percentage.

Pac-12 Freshman of the Year Aaliyah Jordan maintained a batting average of .430 over 186 at bats. The outfielder finished the year at 21st in the country in that stat, but 15 of the 20 players in front of her logged fewer at bats.

“We have great talent, but it’s definitely chemistry and culture that helped us deal with adversity and have come-from-behind wins and never give up,” said coach Kelly Inouye-Perez. “This has been a season unlike any I have been a part of at UCLA.”

UCLA went into its double-elimination regional as the only seeded team there, but lost to Cal State Fullerton on the second day of play.

The Bruins persevered, and played as many games as a single team could in a regional to come out with a win – including a two-game sweep of Fullerton on May 20.

The very next weekend UCLA swept conference rival Arizona in the NCAA super regional and punched its ticket to a Women’s College World Series for the fourth successive year.

“That senior class will be remembered as bringing UCLA softball to the college world series four times,” Inouye-Perez said. “(They know) the standard was to win, but they have laid the groundwork for this program to be successful moving forward.”

UCLA then erased two 4-run deficits against Florida and Florida State in the first two games of its Women’s College World Series run. After that, it had just one game left to win for a spot in the WCWS final.

But UCLA just couldn’t hold off the juggernaut that was FSU on the final day of bracket play.

Inouye-Perez made the decision to start redshirt sophomore Rachel Garcia in the circle twice Sunday, the second time coming less than two hours after pitching a complete-game loss to FSU.

Garcia threw a scoreless first inning, but gave up two hits along the way, and was pulled after just one frame.

“(Garcia) did an absolutely amazing job throughout the tournament and throughout the year. … Props to FSU, they have a great offense,” said senior second baseman Kylee Perez. “I think it was a good move to try and switch it up. … If it had worked it would have been the best move we could have made. People can point fingers, but I think it was pretty smart.”

Inouye-Perez said her faith in Garcia is the reason she gave the sophomore the nod for game two.

“(Garcia) had (gone two games in a row) in regionals … and the fact that we had a day off the day before was favorable,” Inouye-Perez said. “Things didn’t work out the way we hoped but I have no regrets about the decision-making in going with (Garcia). She was player of the year for a reason.”

Senior pitcher Selina Ta’amilo and freshman pitcher Holly Azevedo were both brought in against FSU, but by then the Seminoles’ bats had caught fire. They went on to score 12 runs and sweep the Bruins for a shot at the national championship.

Two days later FSU was crowned as the best team in the NCAA after sweeping Washington in the WCWS final.

UCLA finished off one of its best starts to a year in team history as the third-best team in the nation, and though defeat is bitter, the Bruins are already looking to 2019.

“The taste of that last loss is just not going to sit well with anyone on the team,” Pack said.