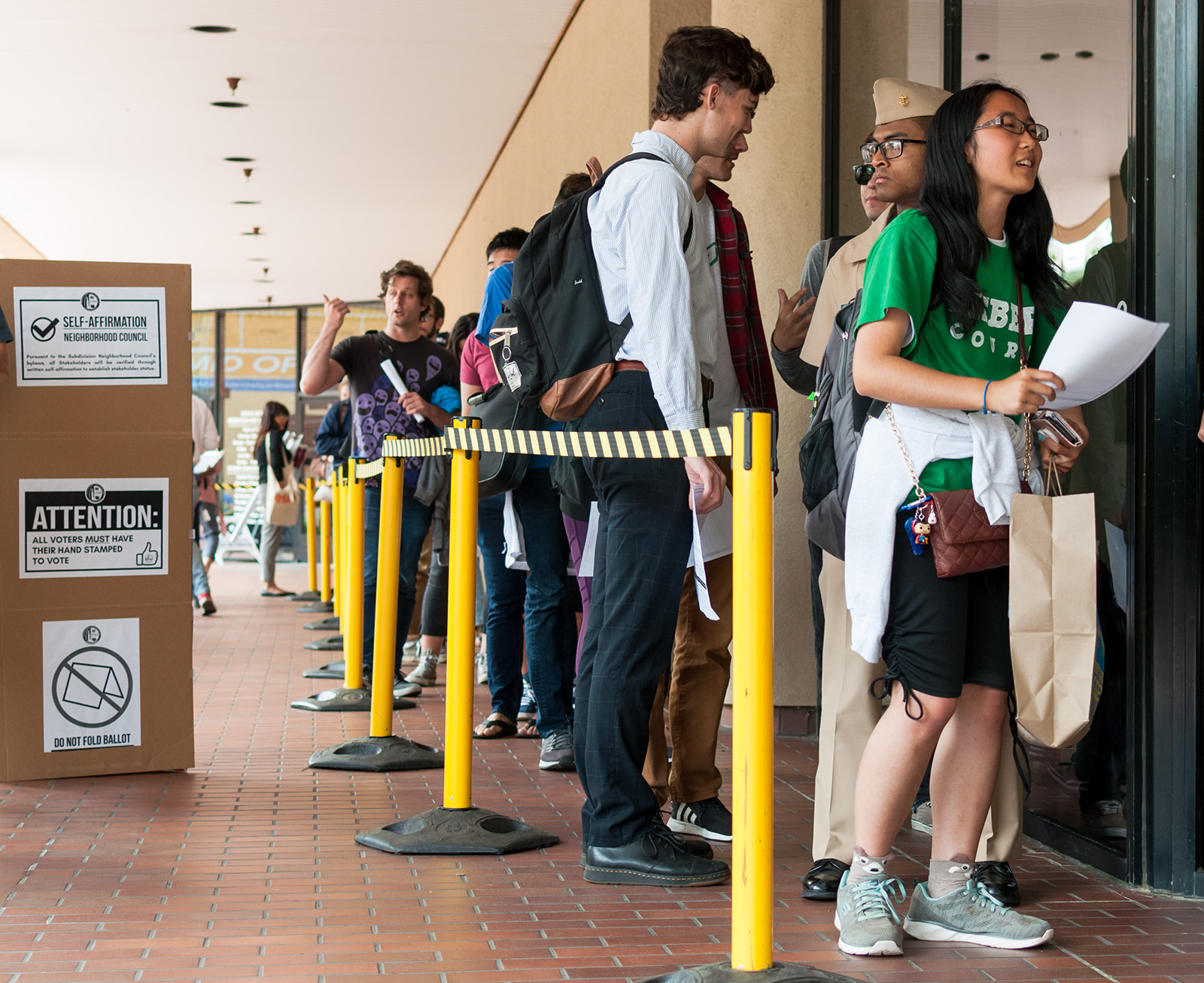 Californians have a chance June 5 to determine which gubernatorial and senatorial candidates will show up on the November ballot. They also have a chance to pass ballot propositions affecting state parks, transportation infrastructure and future election procedures. (Niveda Tennety/Daily Bruin)

Election season never seems to end at UCLA. On June 5, Californians can hit the polls for the state’s primary election to determine which candidates will show up on the November 2018 ballot.

The primary election elects no one for U.S. Senate or governor. Rather, it determines the top two candidates for each office and pits them against each other in the November ballot. Voters will be able to determine which candidates for governor and U.S. Senate will be courting the electorate in the coming months.

Take a look at the Daily Bruin Editorial Board’s picks for governor and U.S. senator representing California. We also give our picks for the five ballot propositions that can become law after this election.