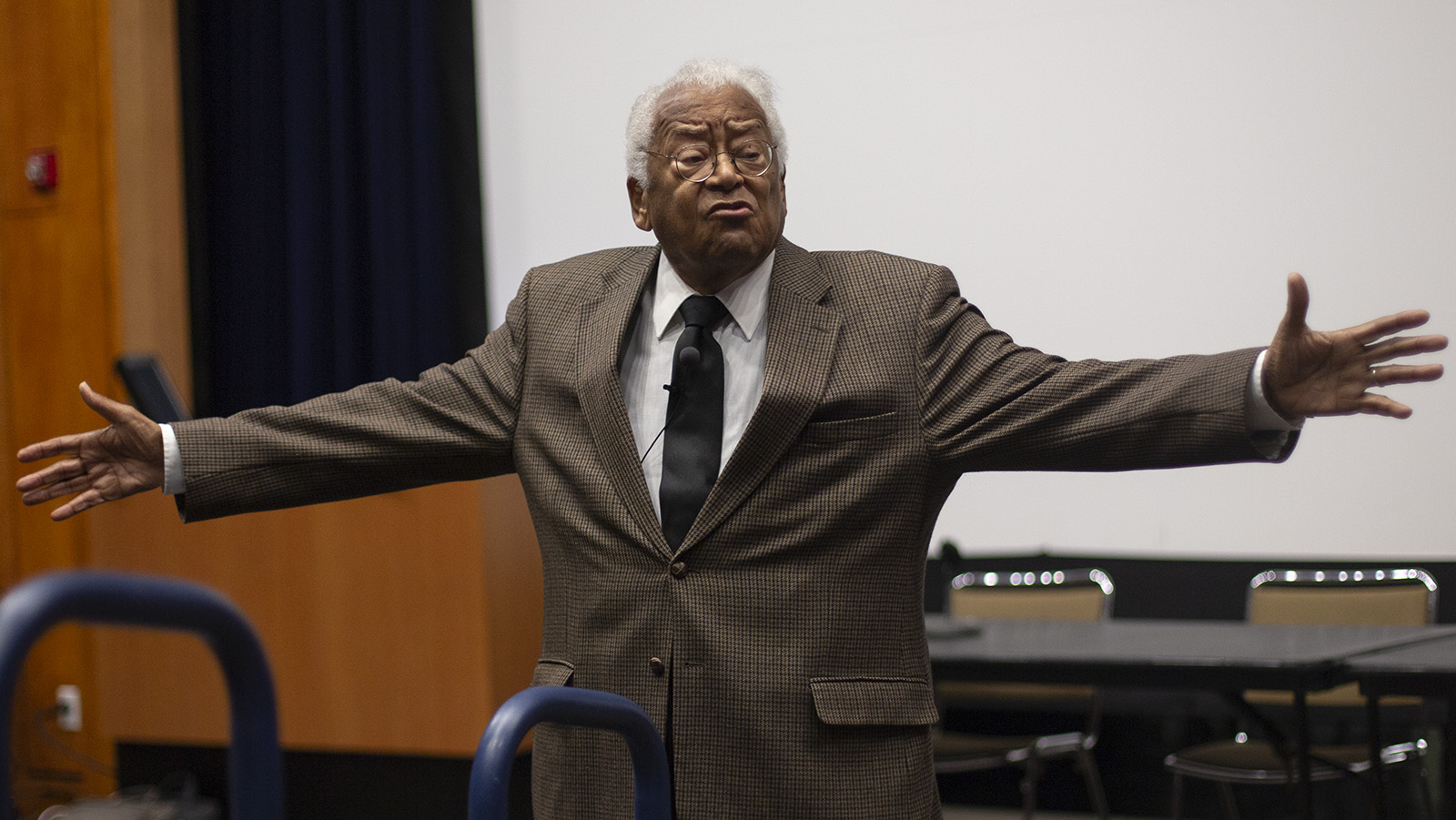 James Lawson Jr., a nonviolent activist who worked with Martin Luther King Jr., said he thinks injustice has been common throughout U.S. history. He said some examples include the impoverishment of Native Americans on their land and the unequal distribution of wealth that resulted from the industrial revolution.

“As our industrial revolution began to take place in (the 1700s and 1800s), we have never decided that workers have the right to share in the production of wealth and so forth,” he said.

Lawson added a recent example of a successful nonviolent movement was a protest in Armenia against the country’s dictatorship. He said people were able to create change by protesting nonviolently.

“Ordinary people rose up in rebellion, did not shoot weapons or throw stones, and organized a nonviolent campaign,” Lawson added. “(They interrupted) traffic and ordinary agenda of the day in such sizable numbers that they forced the reigning president to go ahead and discontinue his term and not ask for a totalitarian permanent tenure.”

“However, much of an inner drive we may get from a violent episode, the violence is a failure because it cannot achieve what it promises,” Lawson said. “It cannot achieve the stability of families, it cannot feed the hungry, it cannot create a society where there is a fair economy.”

Lawson said change occurs within society when an individual recognizes an issue and stands up for it. He added that society can improve as a whole when people use nonviolent methods collectively.

“The back of western civilization (and) our culture of violence must be broken and (it can be) changed,” Lawson said. “Only when human beings learn the way of truth and love and beauty and wonder, can we create the society that lives up to our best aspirations.”

Francisco Garcia, a UCLA alumnus and reverend at the Holy Faith Episcopal Church in Inglewood, said violence is embedded within the U.S. in various forms.

Jacqueline Antillon, a third-year political science and public policy student, said she thought the recent American Federation of State, County and Municipal Employees Local 3299 campaign earlier this month and the workers’ resiliency was one example of a successful nonviolent movement. Workers in the AFSCME Local 3299 strike participated in a three-day picket line to protest what they considered to be low wages and inadequate benefits from the University of California.

Diana Robles, a fourth-year political science student, said she thinks that a non-violent approach has become ubiquitous in movements today, such as those that advocate for the rights of women, immigrants and ethnic minorities.

“Nonviolence is a form and way of existence, way of being and way of living,” Lawson said. “(And that) is the most important understanding that I have had my whole life.”