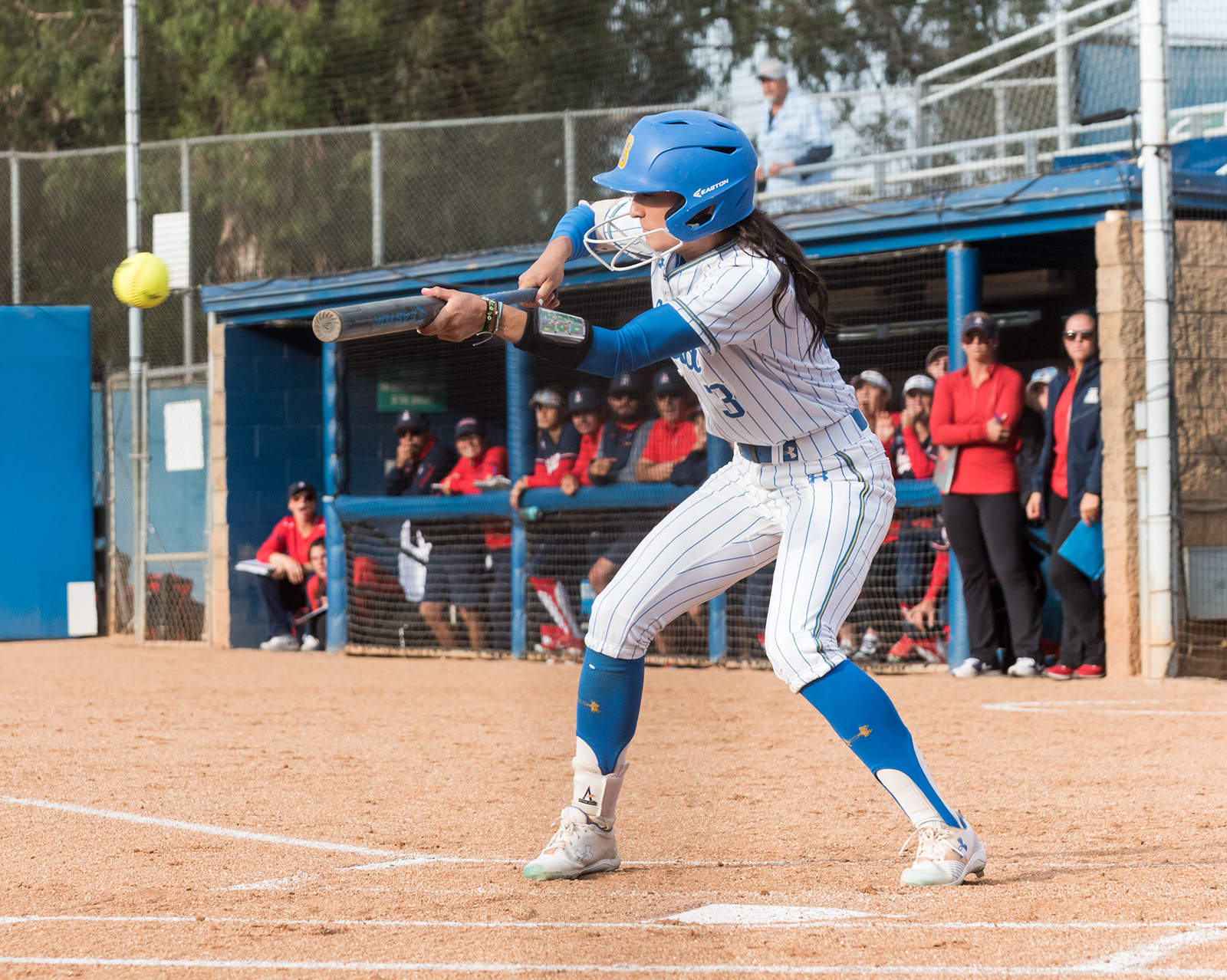 The Bruins will make their fourth consecutive appearance in the Women’s College World Series this year, but they won’t be the only team to represent the Pac-12. In fact, four teams from the conference of champions make up the WCWS field. (Grant Mooney/Daily Bruin)

The Pac-12 is well represented in this year’s edition of the Women’s College World Series, as half of the field is made up of teams from the Conference of Champions.

No. 3 UCLA softball (56-5) will make its fourth consecutive appearance in the WCWS – an NCAA-record 28th appearance. The Bruins have won a record 12 national championships, with their most recent one coming in in 2010.

“We’ve been back to the world series and we learn every time,” said coach Kelly Inouye-Perez. “But no longer is it ‘hope to be able to get there;’ there is an expectation, separate from just getting to the world series; we want to finish it.”

This year, UCLA is led by USA Softball Collegiate Player of the Year redshirt sophomore Rachel Garcia, who threw 185 innings with an ERA of 1.02 and 273 strikeouts while batting .356, with 11 home runs and 53 RBIs.

As a team, the Bruins are batting .339, second in the nation. Last season, UCLA entered postseason play as the fifth seed, batting .319, just 14th overall in the country.

The Bruins begin bracket play against No. 6 Florida State (51-11) on Thursday night.

No. 1 Oregon, No. 5 Washington and No. 8 Arizona State all defeated Southeastern Conference opponents in their super regional matchups, while UCLA softball swept Arizona in two games to advance to the world series.

“It’s pretty cool,” said senior third baseman Brianna Tautalafua. “Even though we’re from the same conference and we’re basically rivals, we still support one another.”

No. 1 Oregon (52-8) will enter the WCWS having played the most games against teams in the field, while also boasting the best record in these contests, going 10-3.

Oregon has beaten all but one of the teams participating in the WCWS, the exception being Florida, whom they have not played this season. It will open bracket play against Arizona State, a team it defeated two out of three times in Tempe, Arizona, earlier this year.

No. 5 Washington (49-8) sat atop the polls early in the season, but fell after struggling with the top-tier talent in the Pac-12. Against UCLA, Oregon and Arizona State, Washington went a combined 1-8, its lone victory coming on the road against Arizona State.

While Washington did avoid a conference opponent to start the WCWS, it will get underway against back-to-back defending national champions, No. 4 Oklahoma (55-3).

No. 8 Arizona State (48-11) enters the WCWS with Giselle “G” Juarez, who might be the best all-around pitcher in the country. Juarez is the only player in the nation ranking in the top 10 in ERA, strikeouts, shutouts and strikeout-to-walk ratio. She also owns a record of 4-2 with an ERA of 0.68 against teams in the WCWS field.

The Sun Devils will face the Ducks in their opening match, a team that Juarez has started against on two occasions this season. The left-handed pitcher threw two complete games, giving up 2 earned runs while striking out 12, walking three and giving up nine hits in 14 innings of work.

“Our conference has always been a strong one in the sport of softball,” said assistant coach Kirk Walker. “I think for right now (the Pac-12) is definitely at a high intensity and is highly competitive from the athletes right on to the coaches.”

The Pac-12 has won 24 of the 36 softball national championships since the NCAA first began awarding titles in 1982. From 2006 to 2011, a program from this conference won the title, but since then, the Pac-12 has endured a six-year drought. With half the field from the Pac-12, this could be the season the dry spell ends.