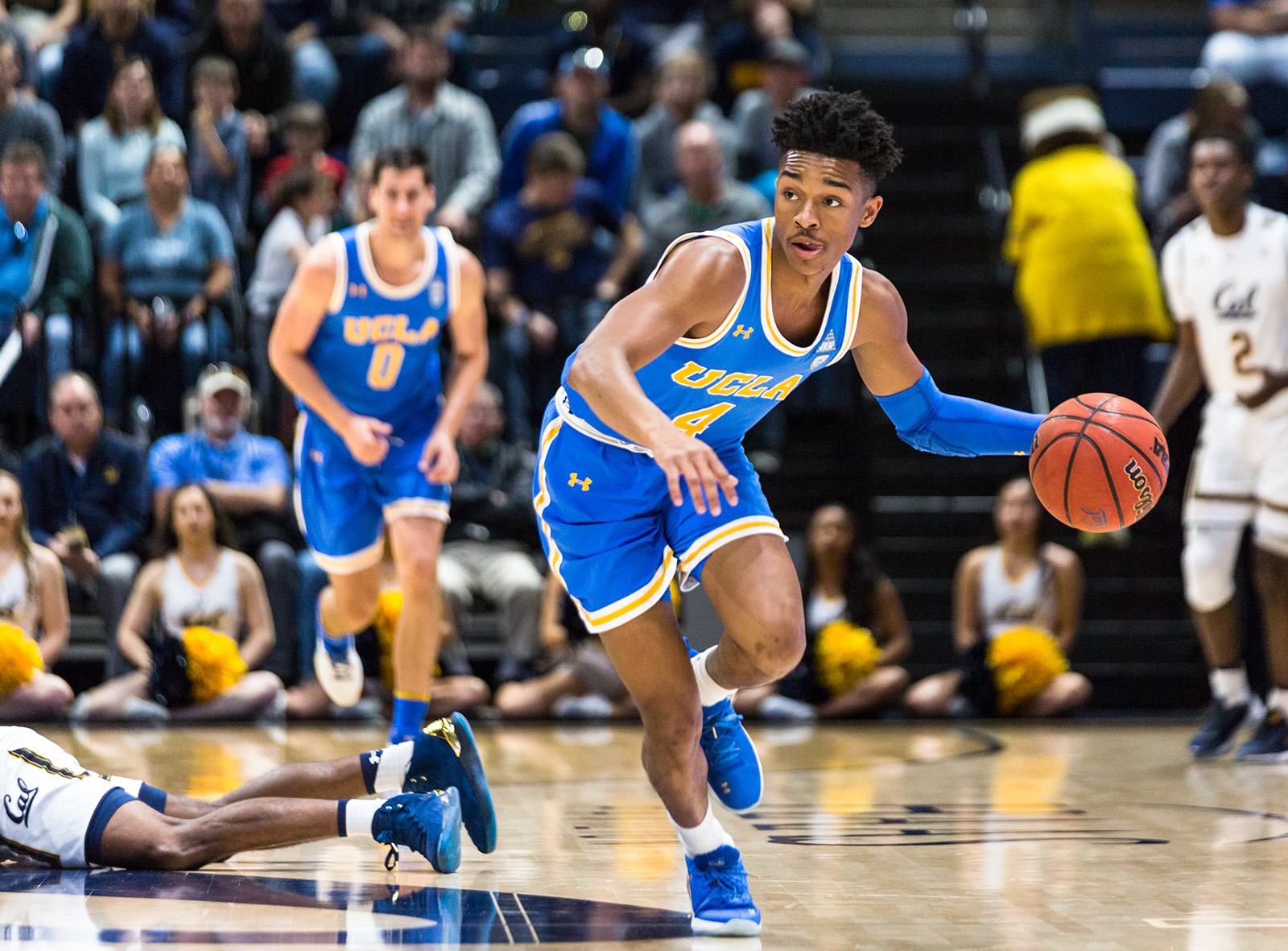 With Jaylen Hands’ and Cody Riley’s announcements to withdraw from the NBA Draft, the Bruins will bring back five of their six 2017 recruits for next season. The deadline to withdraw is Wednesday at 11:59 p.m. (Michael Zshornack/Photo editor)

It’s all hands on deck for the Bruins next season.

One day after rising sophomore guard Kris Wilkes announced his return to UCLA men’s basketball, rising sophomores guard Jaylen Hands and forward Cody Riley followed suit and withdrew from the 2018 NBA Draft. The two did not sign agents when they entered the draft in April, so they were eligible to return to school if they pulled out before 11:59 p.m. Wednesday.

Hands averaged 9.9 points per game in his freshman season, along with one steal and almost 3 assists per game. Hands was one of the team’s starting guards at the beginning of the season, but he only ended up starting 15 of the Bruins’ 31 games.

The combo guard’s production slowed down once conference play started in January, but he averaged 10.4 points per game on 39.2 percent 3-point shooting in nonconference play.

Riley was suspended in November following the incident in China during the team’s trip to Shanghai for the annual Pac-12 China Game. He was a four-star recruit out of Sierra Canyon high school and ranked No. 48 on 247Sports’ top prospects list.

Hands was a participant in the NBA Draft Combine earlier this month. In his scrimmage, Hands recorded eight points on 4-of-7 shooting, as well as three assists and four turnovers in his 19 minutes of playing time. Hands had just one private workout after the combine, traveling to Sacramento to workout for the Kings last week.

Wilkes and Hands were the Bruins’ two five-star recruits from last year, and their return further cements coach Steve Alford’s roster heading into next season. Of the six players UCLA signed last year, five are coming back, with the one exception being forward LiAngelo Ball, who left the team in December.