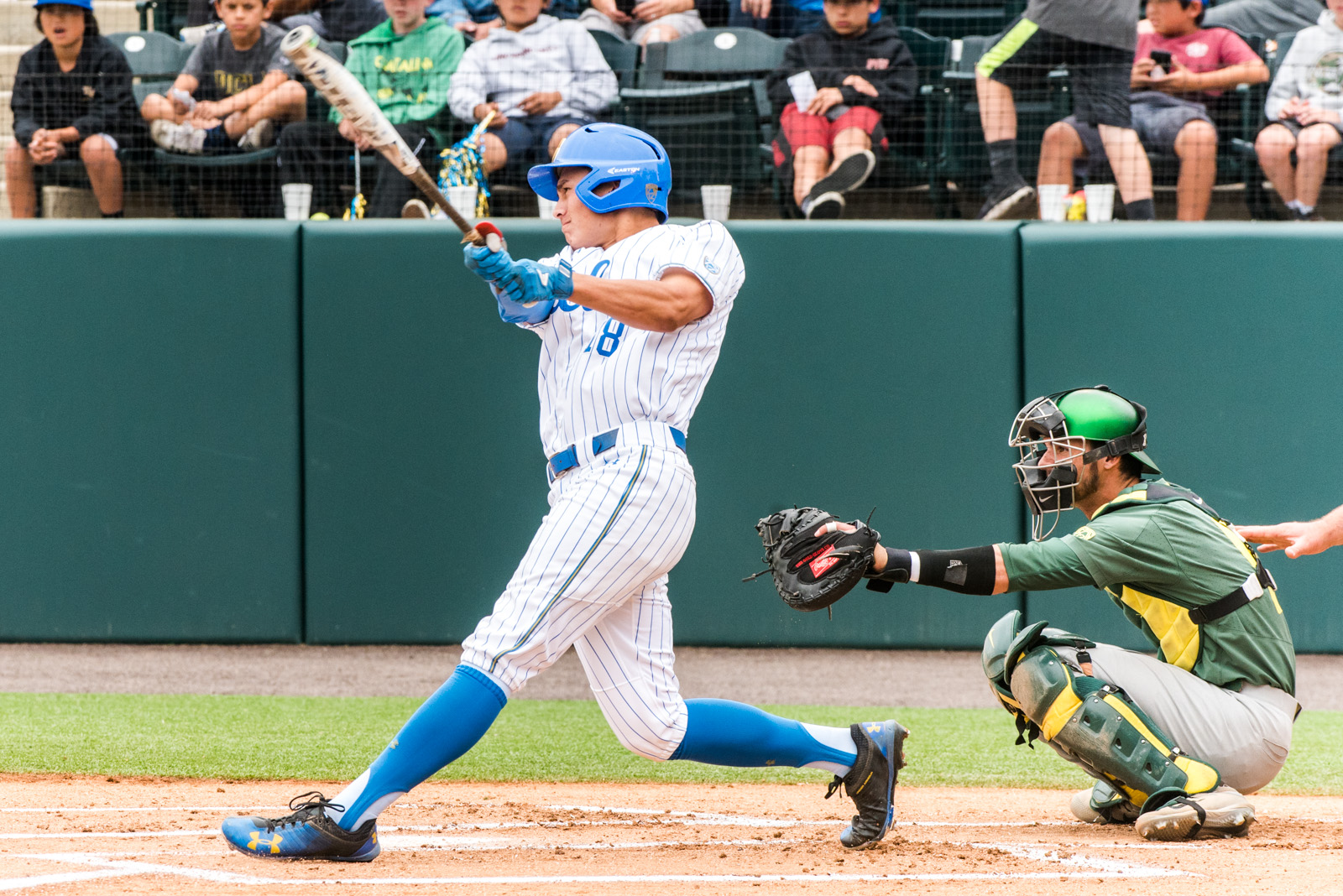 Sophomore left fielder Jeremy Ydens had the Bruins’ lone RBI on a single to center in the seventh inning. UCLA was unable to dig out of a four-run deficit and fell to Oregon State 4-1. (Grant Mooney/Daily Bruin)

The two highest scoring teams in the Pac-12 have shut each other down.

Freshman Zach Pettway fought in a pitcher’s duel with Oregon State’s starter Bryce Fehmel for five scoreless innings but gave up the first runs of the game in the sixth frame. Pettway walked two batters and hit another with a pitch to load the bases and end his day.

His replacement, redshirt junior Garrett Barker, allowed a run on a groundout. Sophomore Kyle Mora relieved him to immediately give up a three-run homer on a full count pitch.

The two teams combined for just five hits before the Beavers got on the board in the sixth inning.

UCLA scored for the first time in the top of the seventh inning. The Bruins walked twice and sophomore left fielder Jeremy Ydens – the reigning Pac-12 player of the week – hit an RBI single with two outs. Freshman shortstop Kevin Kendall represented the tying run but could not capitalize, grounding out to end the inning.

UCLA struck out nine times on the day, including the final four batters.

The Bruins pitching has shut down the Beavers – the leader in runs and batting average. Oregon State’s top three hitters are hitting over .423, .396, and .366, but are 1-for-20 in the series so far.

The Bruins cannot mathematically obtain a top-two spot in the conference, and will likely not play at home for any games in the playoffs. If No. 3 Washington sweeps No. 1 Stanford, UCLA will finish fourth in the conference.

The Bruins will have a chance to avoid the series sweep 2 p.m. Saturday with sophomore Ryan Garcia starting on the mound.