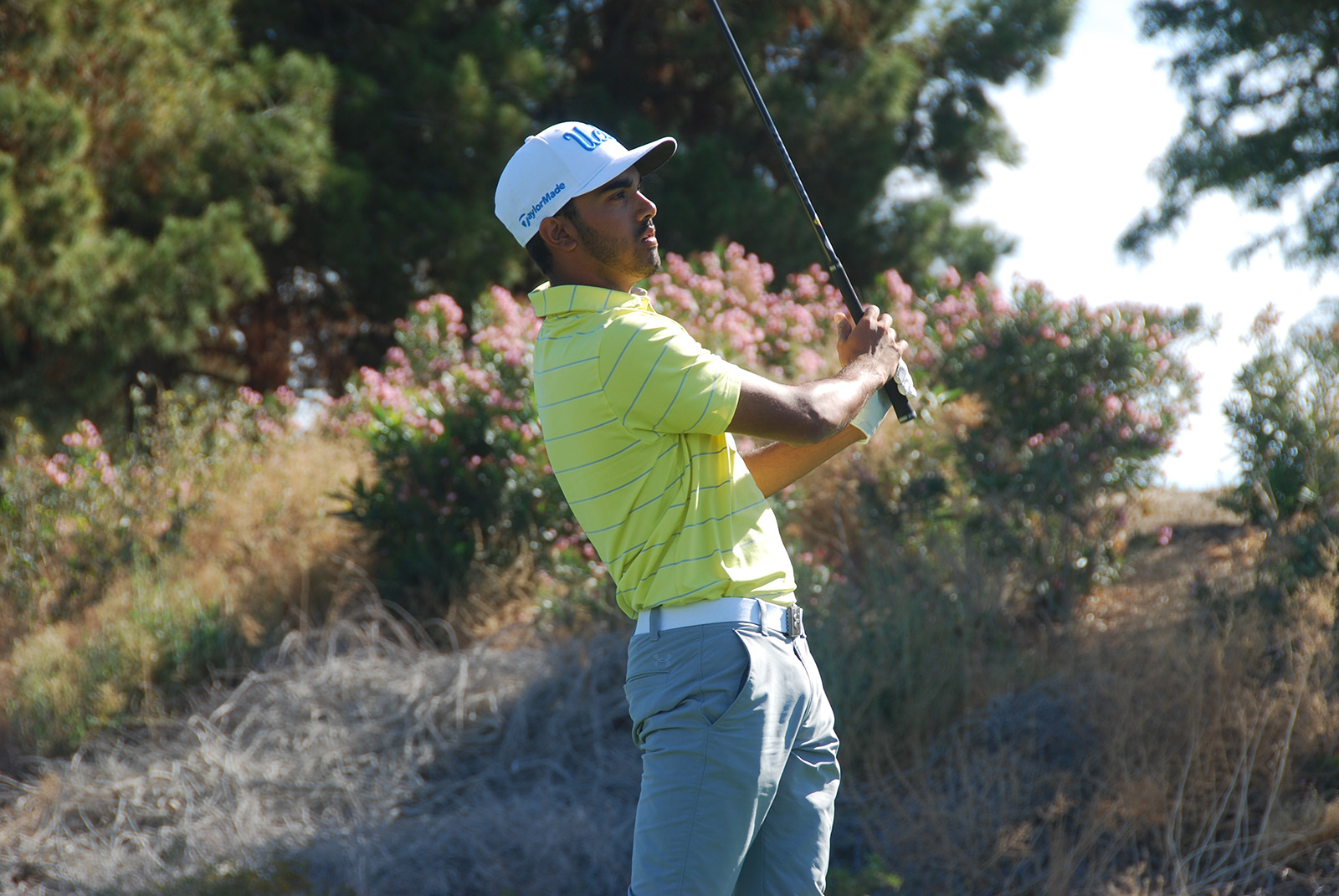 Freshman Devon Bling and UCLA men’s golf will begin play at the NCAA championship Friday in Oklahoma. Bling had the highest individual finish of any Bruin at the NCAA regional last week. (Courtesy of UCLA Athletics)

The Bruins have made it to the last tournament of the year.

No. 24 UCLA men’s golf will be in the hunt for its third title in program history as the NCAA championship kicks off Friday at the Karsten Creek Golf Club in Stillwater, Oklahoma. The six-day event begins with three preliminary rounds of stroke play, and the Bruins must be among the top 15 teams after 54 holes to qualify for Monday’s fourth round.

Though 19 of the 30 teams that qualified for the championship are ranked higher than UCLA, coach Derek Freeman said the Bruins aren’t satisfied with simply making it this far.

“Our goal is not to just be there and compete, and be happy with that,” Freeman said. “Our goal is to go win.”

UCLA has only one tournament win this season, but all five Bruins who competed at regionals have top-10 individual finishes on the year. Freeman said as a team, UCLA has only tapped into its potential a couple of times in the 2017-18 campaign.

“They’ve always been the underdog,” Freeman said. “They’re going to be the underdog this week. And I think that they see themselves as wanting to go prove something. They want to go prove that they’re one of the best teams in the country.”

UCLA was seeded fifth but finished fourth in its regional last week in Bryan, Texas. That performance qualified them for the championship for the first time since 2015, when they advanced from stroke play as the No. 8 seed, but lost 3-2 to No. 1-seeded Illinois in the match-play quarterfinals.

Freshman Devon Bling led the Bruins at regionals, finishing tied-eighth at 5 under par. He said he is excited to participate in his first collegiate championship.

“Personally, I’m stoked about this,” Bling said. “It’s different than any other tournament I’ve played.”

Freeman said the tournament’s length and prestige will be a challenge for the Bruins, but that they have talked about how to handle the pressure.

“It’s a stressful week,” Freeman said. “There’s a lot of things that are going on. There’s a lot of media, a lot of other teams. Early times, late times. So you’ve got to do a good job of managing that.”

UCLA played at Karsten Creek for the championship in 2011, where they finished first in stroke play and claimed the No. 1 seed for match play before losing to Duke in the quarterfinals.

This year’s tournament marks the 10th time in which match play has been used to determine a champion. Should UCLA finish in the top 8 after Monday’s final stroke-play round, the Bruins will participate in the match-play quarterfinals Tuesday morning. The match-play semifinals will take place Tuesday afternoon, and the finals will crown a champion Wednesday.