Researchers respond to activists, defend use of animals in studies 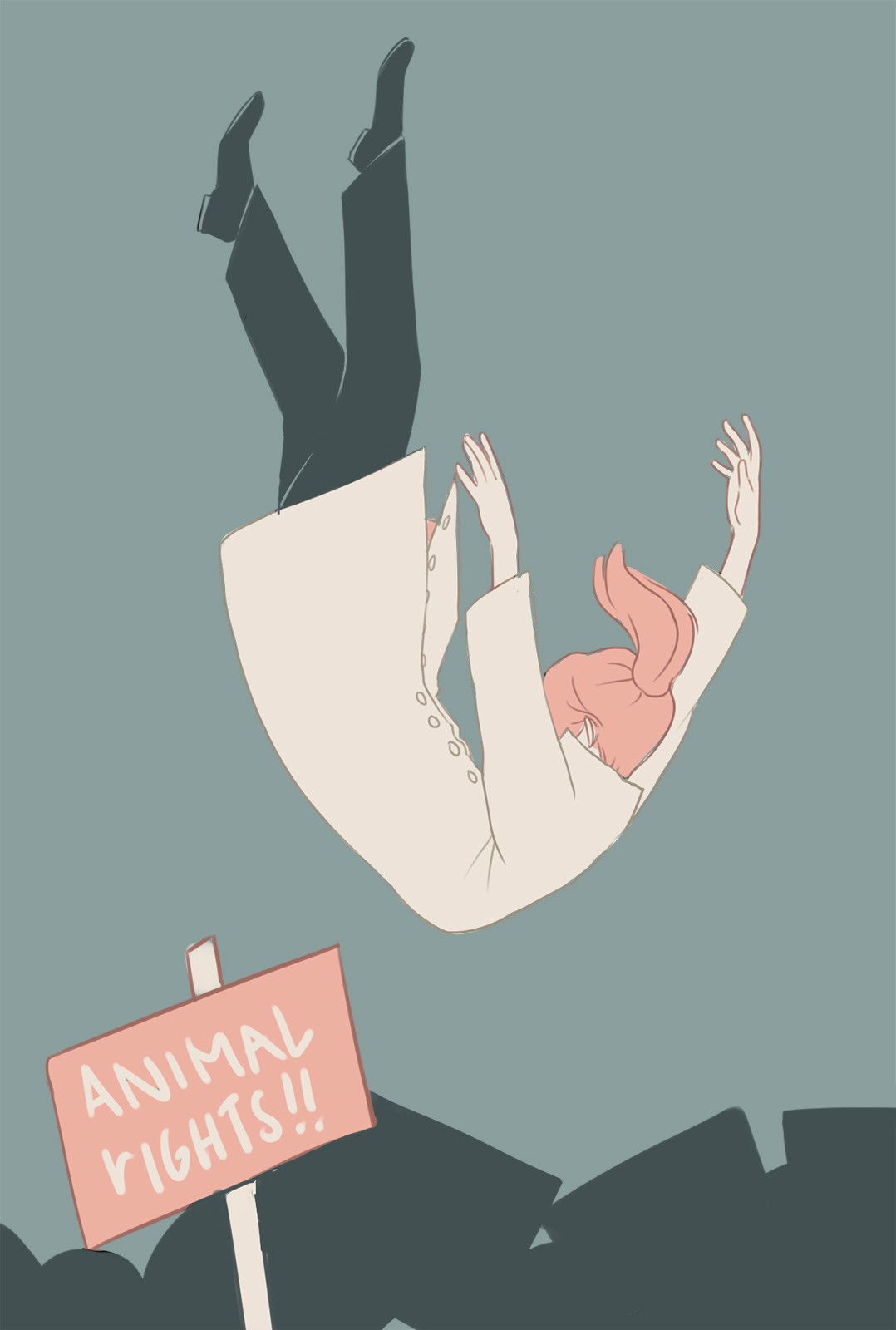 Michele Basso, a UCLA professor of neurobiology, said she struggles with the moral dilemma of animal research every day.

“The day it stops bothering me is the day that I quit,” she said.

Basso uses monkeys to study cognitive impairments in patients with Parkinson’s disease. Measuring the monkeys’ neural activity helps researchers understand the cognition of Parkinson’s patients, she said, which could help them develop new treatments and diagnostic tools. But at an animal rights protest on campus last month, she saw flyers calling her research gruesome, unethical and unnecessary.

Basso and other UCLA researchers believe their work has been unfairly represented by animal rights groups. They say their research is important in making advances toward understanding human disease, and the benefits of their research consistently outweigh any harm to the animals.

Basso uses computer games to measure cognitive function, which is often impaired in people with Parkinson’s disease, in humans and monkeys. Human participants interact with the game to provide cognitive data like reaction time. To analyze the neural patterns behind these cognitive functions, researchers implant recording devices in monkeys’ brains to measure neural activity while they play the game.

Cory Mac a’ Ghobhainn, a member of one of the animal rights groups at the protest last month, said she thinks Basso’s research is unnecessary because it does not have concrete goals.

Basso said she thinks her research is important even though she publishes incremental advances in Parkinson’s research, rather than a complete cure for the disease. She said science is comprised mostly of small advances, not huge discoveries.

“It might not be immediately obvious to people that read our papers, but we are making a contribution,” Basso said. “There is a greater goal here.”

Mac a’ Ghobhainn said she organized last month’s protest to pressure researchers to explore drug testing methods that do not involve animals because she thinks they could instead use computer simulations of the body and pieces of human tissue in preliminary drug tests.

Basso said she tried to talk to animal activists before, but felt the conversations were one-sided.

When Basso worked at the University of Wisconsin-Madison, the university organized an event to open a dialogue between animal rights protestors and animal researchers. She said she tried to explain the impact of her research but the activists did not appear to be interested in listening.

“They videotaped me and took the things I said out of context,” Basso said. “It was awful.”

“There were days in the past where things got ugly,” she said. “That’s not the case anymore, and it hasn’t been for years.”

Nigel Maidment, the chair of UCLA’s Institutional Animal Care and Use Committee, said it is difficult to have a conversation with people who believe that human and animal lives should be weighed equally.

“I understand that idealism, but I can’t live by that because I’m more concerned with (the) well-being of a human than a mouse,” he said.

Edythe London, a professor in residence of psychiatry and biobehavioral sciences who has used monkeys in her research, said animal rights protestors have also criticized her work in the past.

London said she thinks it is important for UCLA to support researchers that have come under attack from activists.

“It’s important for us to understand that the scientific community stands together and that it is important to continue to make progress,” she said.

“The potential for discovery is lost, and that is really tragic,” she said.