Judicial board to review petition filed by USAC Election Board 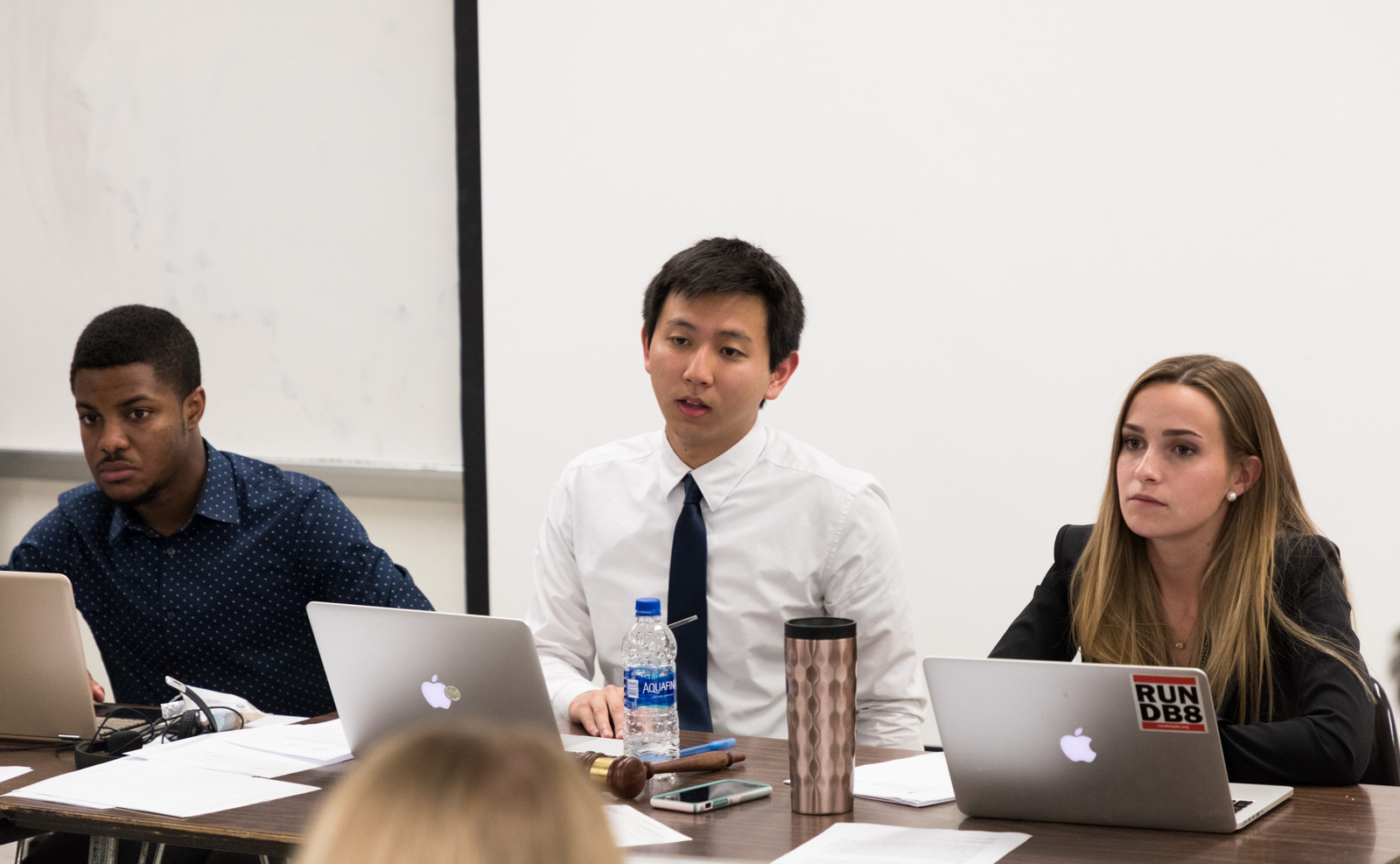 The judicial board has decided to review a petition filed by the election board chair against the Undergraduate Students Association Council. (Edward Qiao/Daily Bruin senior staff)

The undergraduate student government judicial board has decided to review a petition filed by the election board chair against the Undergraduate Students Association Council.

Jack Price, the USAC election board chair, filed a petition claiming the council violated Article III Section B.2 of the USAC constitution, which states that all elected USAC officers shall be installed before the end of the academic term in which they were elected, and shall serve one year, or until their successors are elected or appointed.

The elected council members were to be sworn in May 8, but the swearing in has been delayed at the past three council meetings.

The judicial board will hold a preliminary hearing and court of hearing on the petition on Thursday, May 24, at 7 p.m. in the Buenos Aires Room in Sunset Recreation. The court hearing will be open to the public.