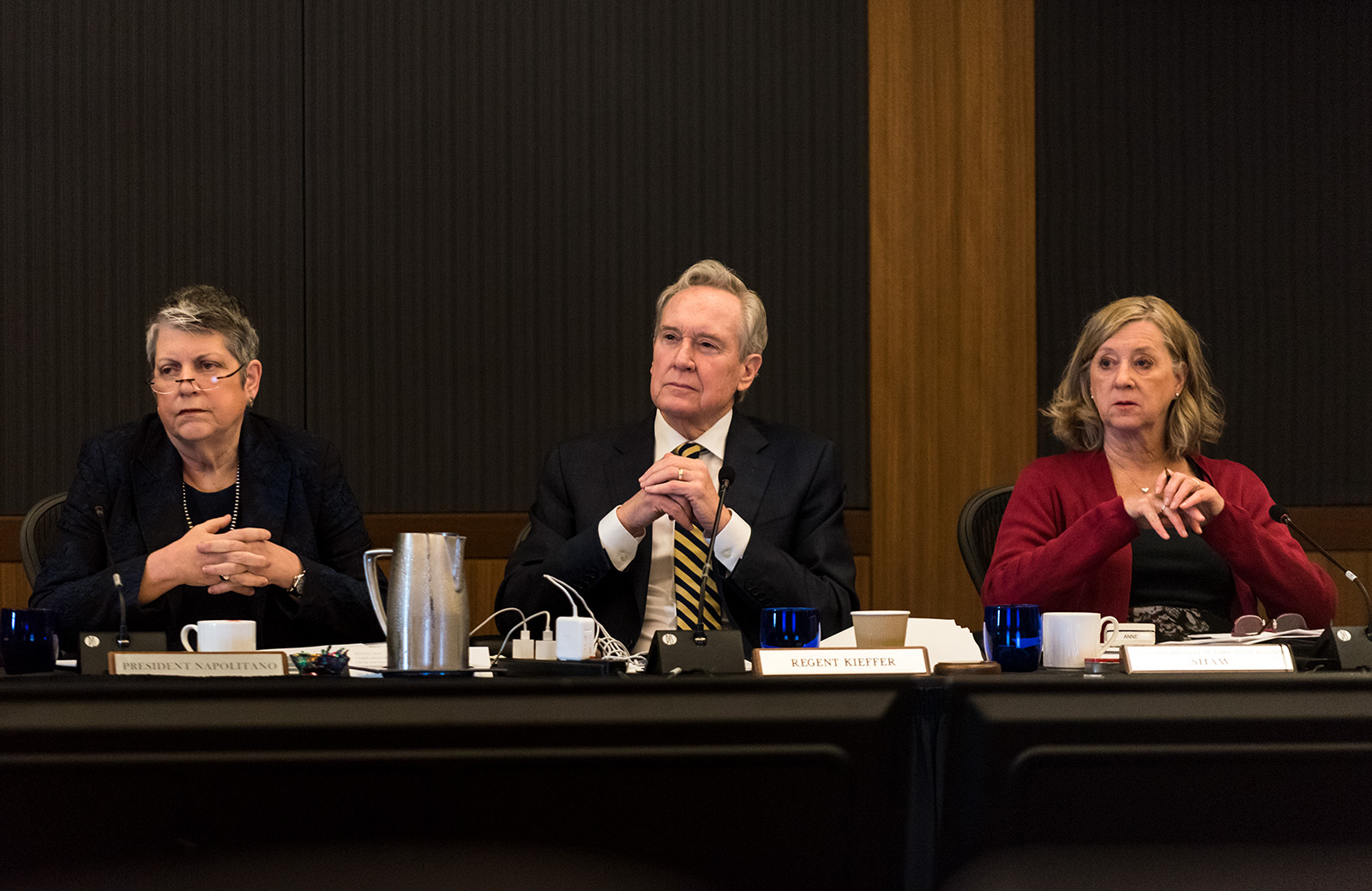 The proposed state constitutional amendment would change UC Board of Regents members’ term limits to four years instead of the 12 they currently serve. (Amy Dixon/Assistant Photo editor)

California state legislators announced a state constitutional amendment Tuesday that aims to restrict the University of California’s autonomy by reducing staff salaries, the length of regents’ terms and the authority of the UC president.

The proposed amendment limits nonfaculty salaries to $200,000 per year, which would affect coaches that, on some campuses, make millions of dollars, and administrators that make hundreds of thousands of dollars. The proposal also requires the UC Board of Regents to approve higher salaries in public hearings.

Under the amendment, regents’ terms would be reduced from 12 years to four years, and the UC president would lose their voting power on the Board of Regents. The UC Office of the President would also be required to report expenditure information to the regents, governor and Legislature.

The amendment requires a two-thirds vote in both the Assembly and the state Senate, followed by a majority vote by the public in a ballot measure in order to pass.

The proposed additional regulations come after a state audit last year found that UCOP’s budget practices were misleading, which resulted in the office accumulating a surplus of $175 million it did not disclose. It added UCOP asked for budget increases based on overestimated budgets, and spent less than it budgeted for.

UC spokesperson Stephanie Beechem said in an email statement that the UC has not taken an official position on the proposal yet, as it is finishing analyzing it. However, the University has concerns after its initial review, she added.

Beechem added that the UC is working on reforms to improve the transparency of its budget process in light of claims by California legislators that a state audit found the University had unclear budgetary practices.

“UC is fully committed to transparency and accountability in our budgeting and accounting practices,” she said.