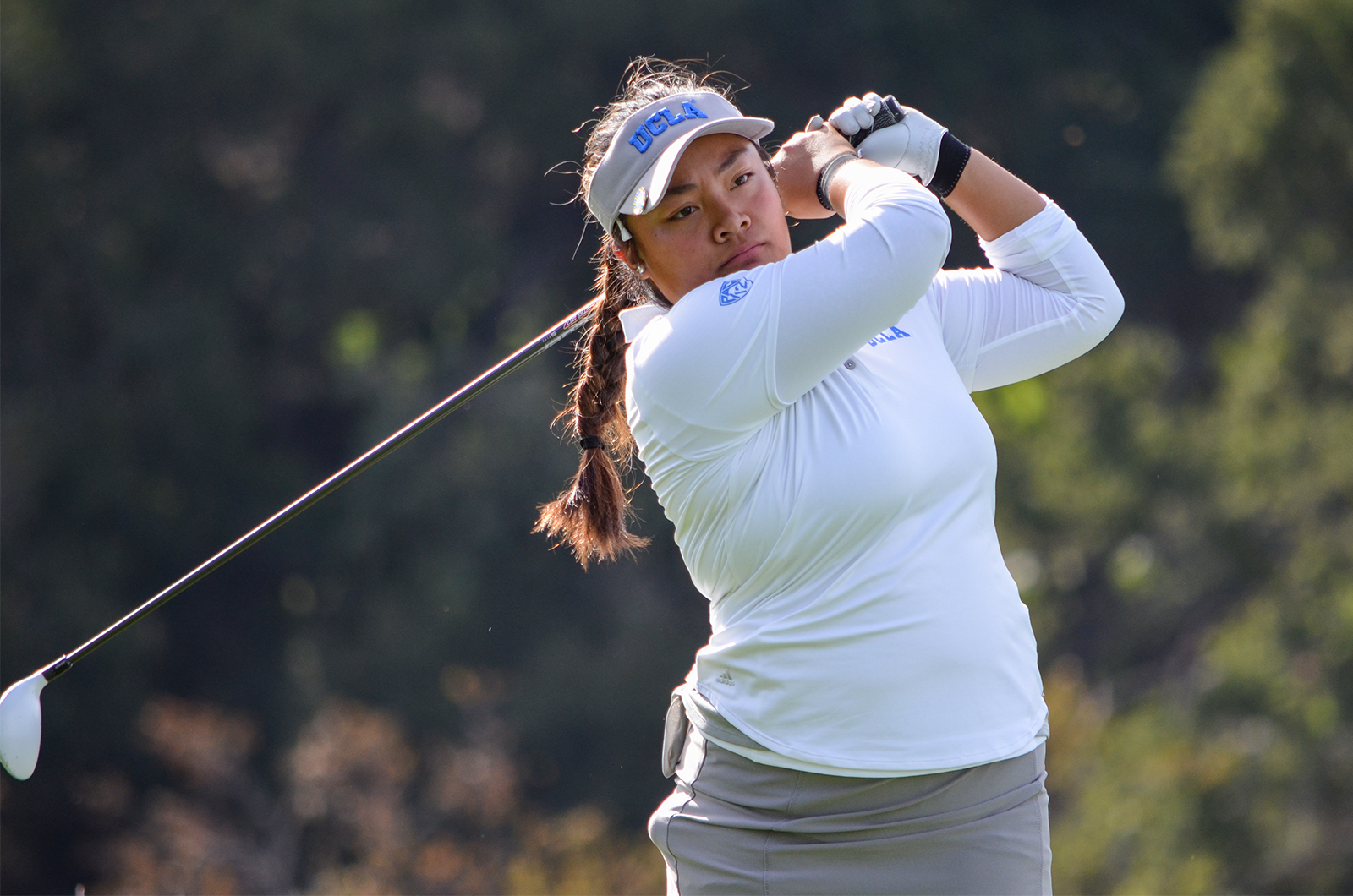 UCLA women’s golf will be the No. 1 seed during match play at the NCAA championship after winning stroke play. Freshman Mariel Galdiano led the way for the Bruins, finishing seventh on the individual leaderboard. (Courtesy of UCLA Athletics)

The Bruins own the top seed heading into match play at the NCAA championship.

UCLA women’s golf was eight strokes back going into the fourth round, but Alabama shot 11-over par Monday, opening the door for a Bruin comeback. UCLA and Alabama were knotted at the top of the leaderboard at the end of stroke play, but the Bruins beat the Crimson Tide in a tiebreaker, led by junior Lilia Vu and sophomore Mariel Galdiano.

Vu and Galdiano tied for seventh place with a total score of 287. Vu shot even to wrap up stroke play Monday, while Galdiano finished at 1-under. They both totaled a score of 1-under par going into match play. Galdiano’s performance was the best of the day for the Bruins.

Vu bounced back for the Bruins after finishing 22nd at regionals. This was the first time Vu had finished outside of the top 10 all season. This week, she owns the best score of the tournament for the Bruins so far, shooting 4-under par in round two.

Freshman Patty Tavatanakit ended match play tied for 19th place after placing first in her last three tournaments. She shot 1-under in her first two rounds, but shot 3-over and 2-over par in her last two.

Junior Beth Wu finished 52nd, totaling a score of 8-under par and sophomore Clare Legaspi tied for 60th with a score of 16-over par.

Only eight teams were able to make the cut for match play, leaving Baylor without a spot in the next round, despite tying for eighth place. The tie was broken by a two-hole team playoff that resulted in an Arizona victory.

Going into match play, UCLA and Alabama still hold a firm grip on the lead, as third-place USC still trails by seven strokes.

The Bruins will have a chance to win their fourth national title, which would be coach Carrie Forsyth’s third. She previously won in 2004 and 2011, but has not won since the match-play era began in 2015.

UCLA must win three more matches in order to bring another championship home to Westwood. The quarterfinals and semifinals will be played Tuesday, and the championship round will be Wednesday.