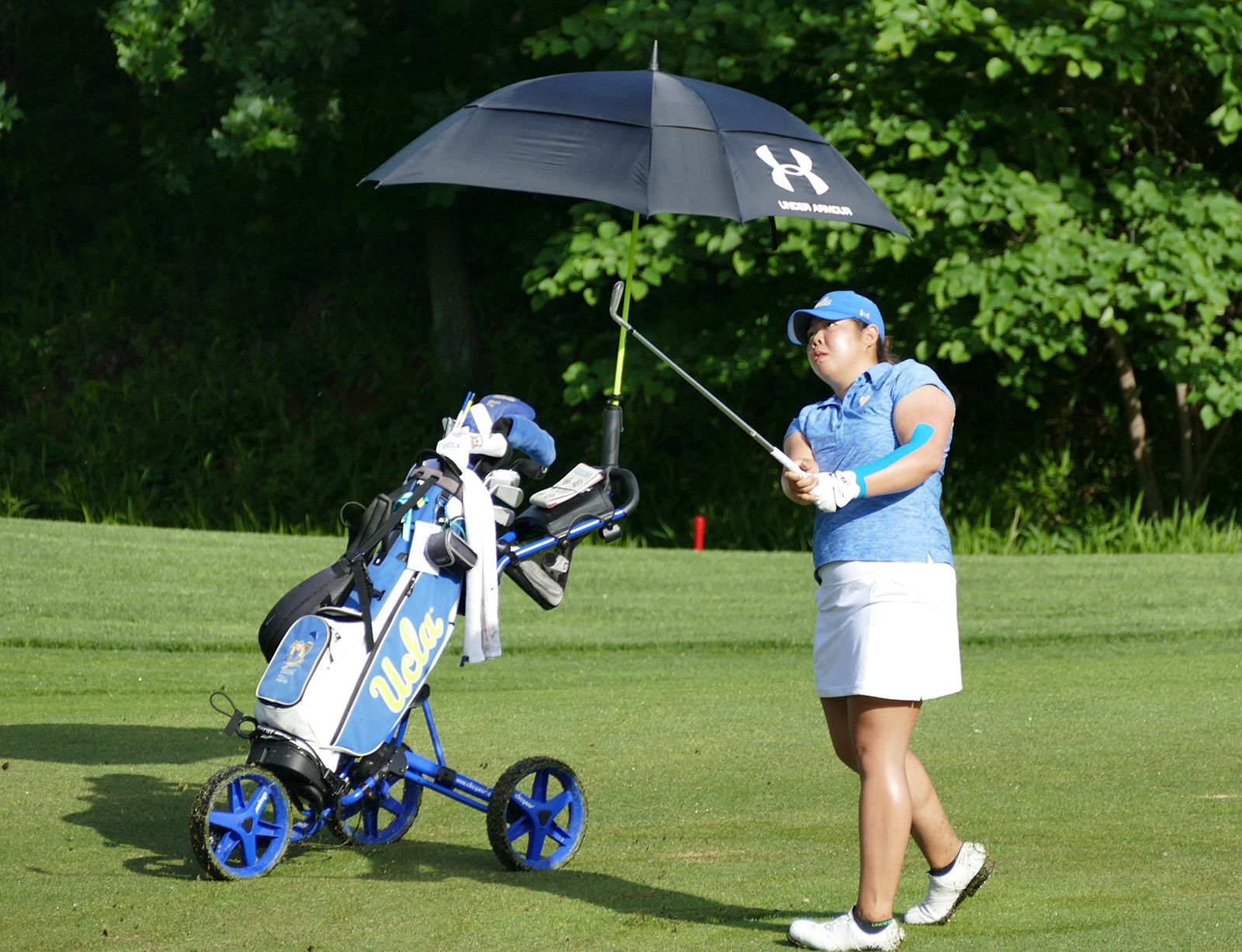 UCLA women’s golf was eliminated from the NCAA championship after falling to Arizona in the first round of match play Tuesday. Junior Beth Wu was one of two Bruins to win individual matches. (Courtesy of UCLA Athletics)

The Bruins’ season has come to an end.

No. 1-seeded UCLA women’s golf fell to No. 8-seeded Arizona in the match play quarterfinals Tuesday at the Karsten Creek Golf Club in Stillwater, Oklahoma. Junior Beth Wu and sophomore Mariel Galdiano won their matches for the Bruins, but the Wildcats claimed the other three in the best-of-five format.

UCLA won the four-round stroke play portion of the NCAA championship, earning a top seed for match play after beating Alabama, the country’s top-ranked team, in a tiebreaker Monday.

But the Wildcats eliminated the Bruins on Tuesday morning in the first of three rounds of match play. The teams were tied 2-2 heading into freshman Patty Tavatanakit’s final hole, but Arizona’s Bianca Pagdanganan won the hole 5-4 with a birdie to push the Wildcats over the top.

Arizona earned a No. 8 seed after outlasting Baylor in a playoff Monday for the final spot in match play. The Wildcats needed an eagle from Pagdanganan on her final stroke play hole to even have a shot at making Monday’s cut.

Including the stroke play portion of the national championship, UCLA won seven tournaments this year. The Bruins were Pac-12 champions for the second year in a row.

Junior Lilia Vu, who set a new UCLA record with her eighth individual tournament win this spring, was also named the PING Women’s Golf Coaches Association Player of the Year on Tuesday. Tavatanakit, who won the Pac-12 individual title and three other tournaments this year, and Vu were named WGCA first-team All-Americans.

Along with Arizona, the three other teams participating in match play semifinals are No. 2-seeded Alabama, No 3-seeded USC and No. 5-seeded Stanford. The match play finals will crown a national champion Wednesday.