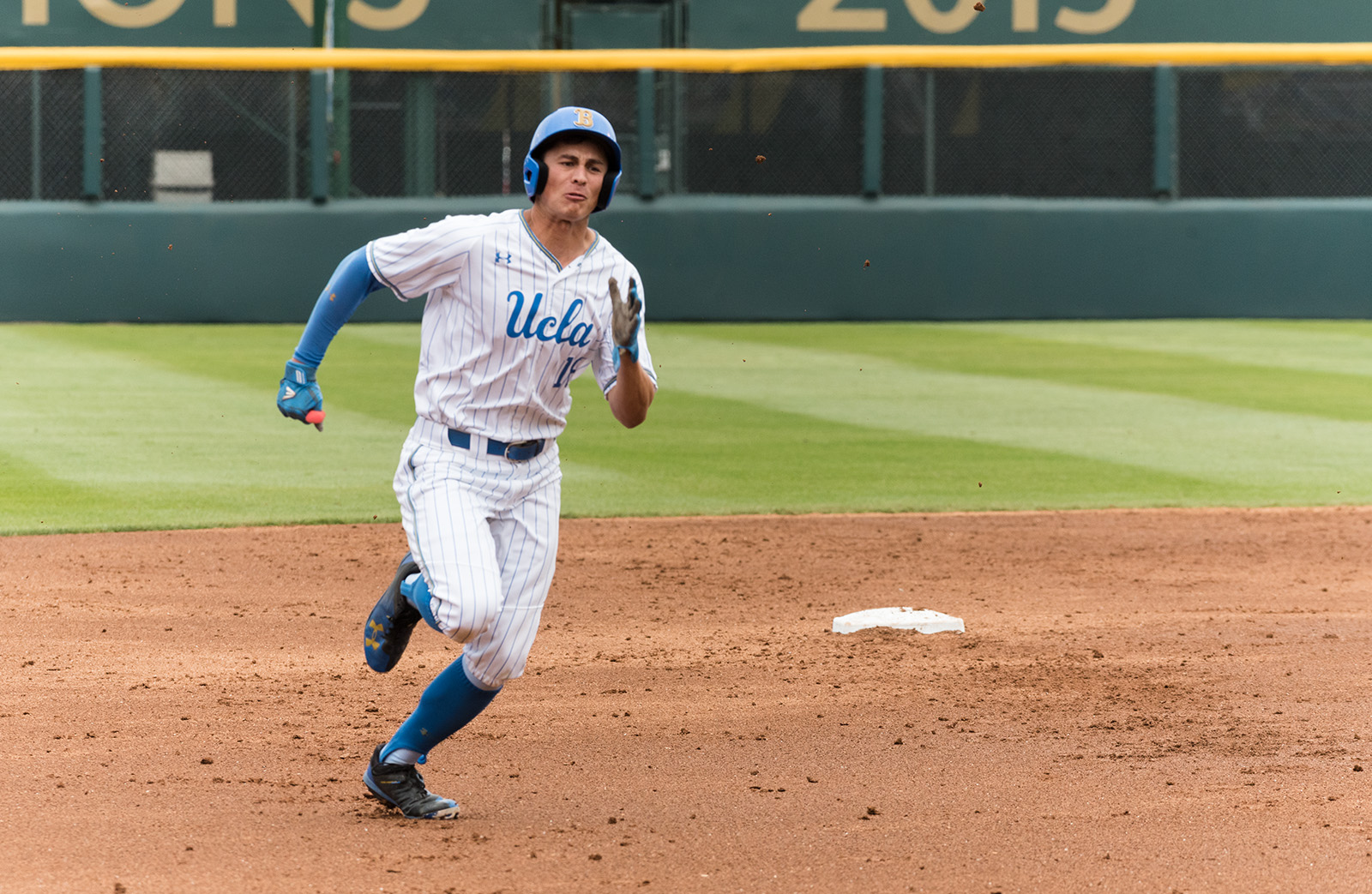 The Bruins have had an unexpected hero leading the charge this season.

Sophomore left fielder Jeremy Ydens, who was the last pick in the 2016 MLB Draft, won Pac-12 Player of the Week on Monday after helping No. 18 UCLA baseball (35-17, 18-9 Pac-12) put together a 4-0 week. Ydens hit .550 and cracked four home runs with 14 RBI across four games, leading the team in hits, RBIs, batting average and runs while posting a 1.574 on-base plus slugging percentage.

When Ydens entered the 2016 MLB Draft out of high school, 1,215 other players were selected before the eventual “Mr. Irrelevant.” But this week, he became the second Bruin to take home the Pac-12 Player of the Week award this season.

Ydens was not an everyday member of the lineup early in the year, but after UCLA dropped two of three games to California in March, coach John Savage shuffled around his lineup. Since becoming the full-time leadoff hitter against Stanford on April 7, Ydens owns a .400 batting average, and is now hitting .370 on the year.

The sophomore hit just two homers his freshman year and had only had one home run his senior year of high school. Ydens had zero home runs before the Stanford series, but since moving into the one-hole, he has had five home runs, including two against Oregon on Saturday. Ydens has stayed consistent at the plate as well, recording a hit in 25 of 26 games since the change.

Junior center fielder Daniel Amaral was the leadoff hitter before Savage shook up the lineup. Amaral spent last year as the No. 2 hitter and was able to earn the leadoff spot before the 2018 season, but he said he was happy to make way for his teammate to take over.

“(Ydens) has done an amazing job in the leadoff spot, better than I have,” Amaral said after a victory over USC in April. “It’s cool seeing it.”

Amaral was hitting .273 when he was the everyday leadoff man, but has raised his average 21 points since moving into the six-hole.

The postseason is right around the corner for UCLA, and the midseason lineup adjustments seem to be sticking for Savage’s squad.

“Oh yeah,” Savage said when asked if Ydens would stay in the leadoff spot moving forward. “I think that question answers itself.”