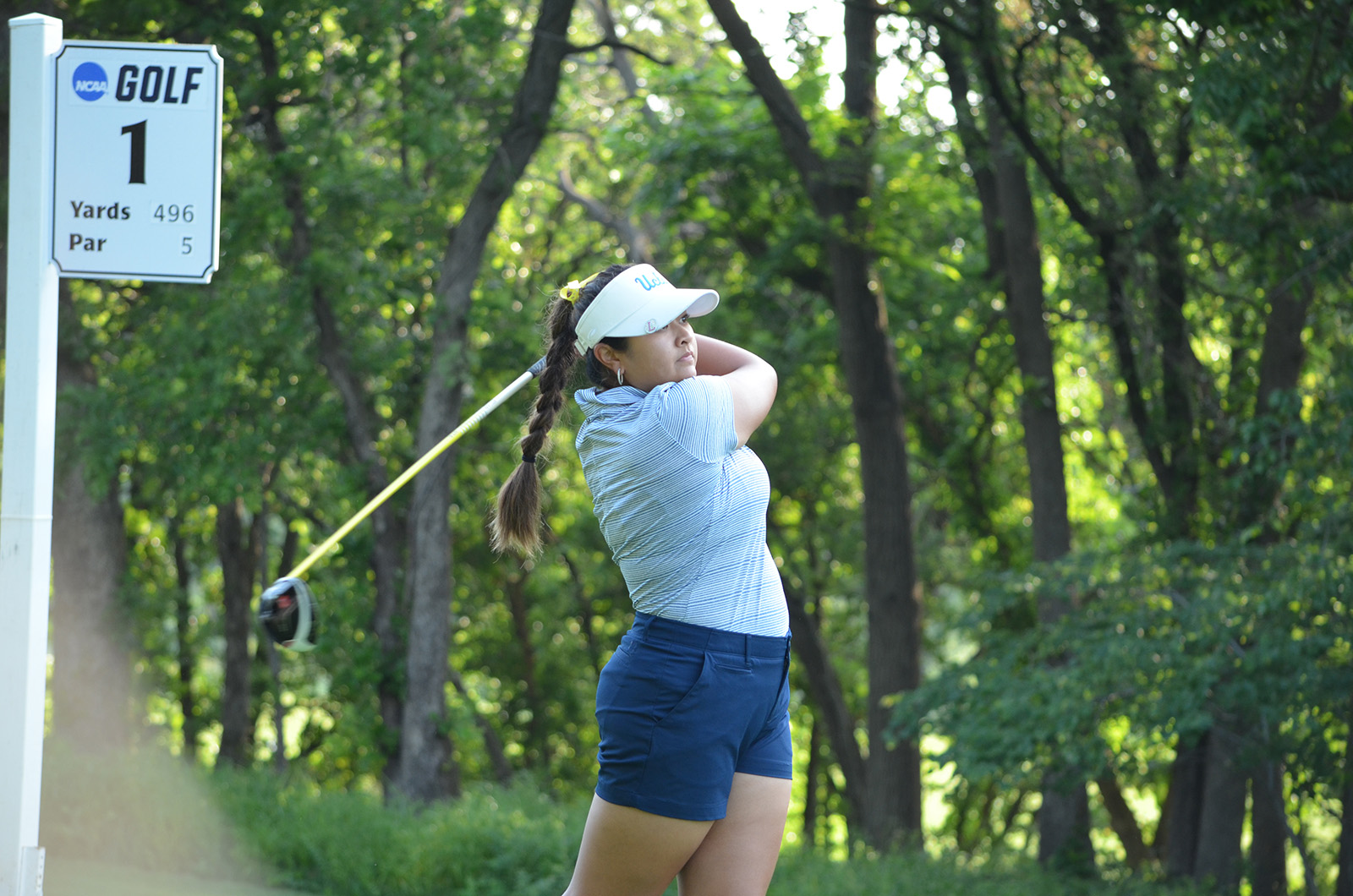 UCLA women’s golf is currently sitting in second place through three rounds of stroke play at the NCAA Championship. Junior Lilia Vu is tied for seventh on the individual leaderboard at 1-under-par. (courtesy of UCLA Athletics)

The Bruins are in second place after three rounds at the NCAA championships.

No. 3 UCLA women’s golf made the tournament’s first cut by more than 30 strokes Sunday at the Karsten Creek Golf Club in Stillwater, Oklahoma. The 24-team championship field was reduced to 15 teams after the first three days of stroke play, and the Bruins will need to finish in the top eight after Monday’s final round of stroke play in order to advance to match play and have a shot at their fourth title in program history.

At 6-over-par, UCLA trails No. 1 Alabama by eight shots and leads No. 15 Kent State, the current eighth-place team, by 21 strokes.

A trio of Bruins will head into Monday’s round among the top 15 individuals.

Junior Lilia Vu is tied-seventh at 1-under-par after shooting 3-over Sunday. Vu’s 4-under in round two tied for the best round of the day, and she is six shots shy of the individual lead after 54 holes.

Sophomore Mariel Galdiano recorded UCLA’s best round Sunday at even par, and she is currently tied for 10th, one shot behind Vu. Freshman Patty Tavatanakit was under par each of her first two rounds and is tied for 13th, one stroke behind Galdiano.

Rounding out the Bruins’ five, junior Beth Wu is tied-35th at 6-over par and sophomore Clare Legaspi is tied for 83rd at 14-over.

UCLA was 6-over par in its first round Friday, good for third place, but the Bruins’ 9-under in round two was the best of the day and propelled them into first. However, only one team in the top-10 shot worse than UCLA’s 9-over in round three.

Still, the Bruins have a comfortable 21-stroke lead on eighth place heading into Monday. Following Monday’s final 18 holes of stroke play, the top eight teams will be seeded for match play, which takes place Tuesday and Wednesday.

Should UCLA move on to match play, the Bruins would need to win three matches to claim a national title. The match play quarterfinals and semifinals will be played Tuesday, followed by the championship match Wednesday.