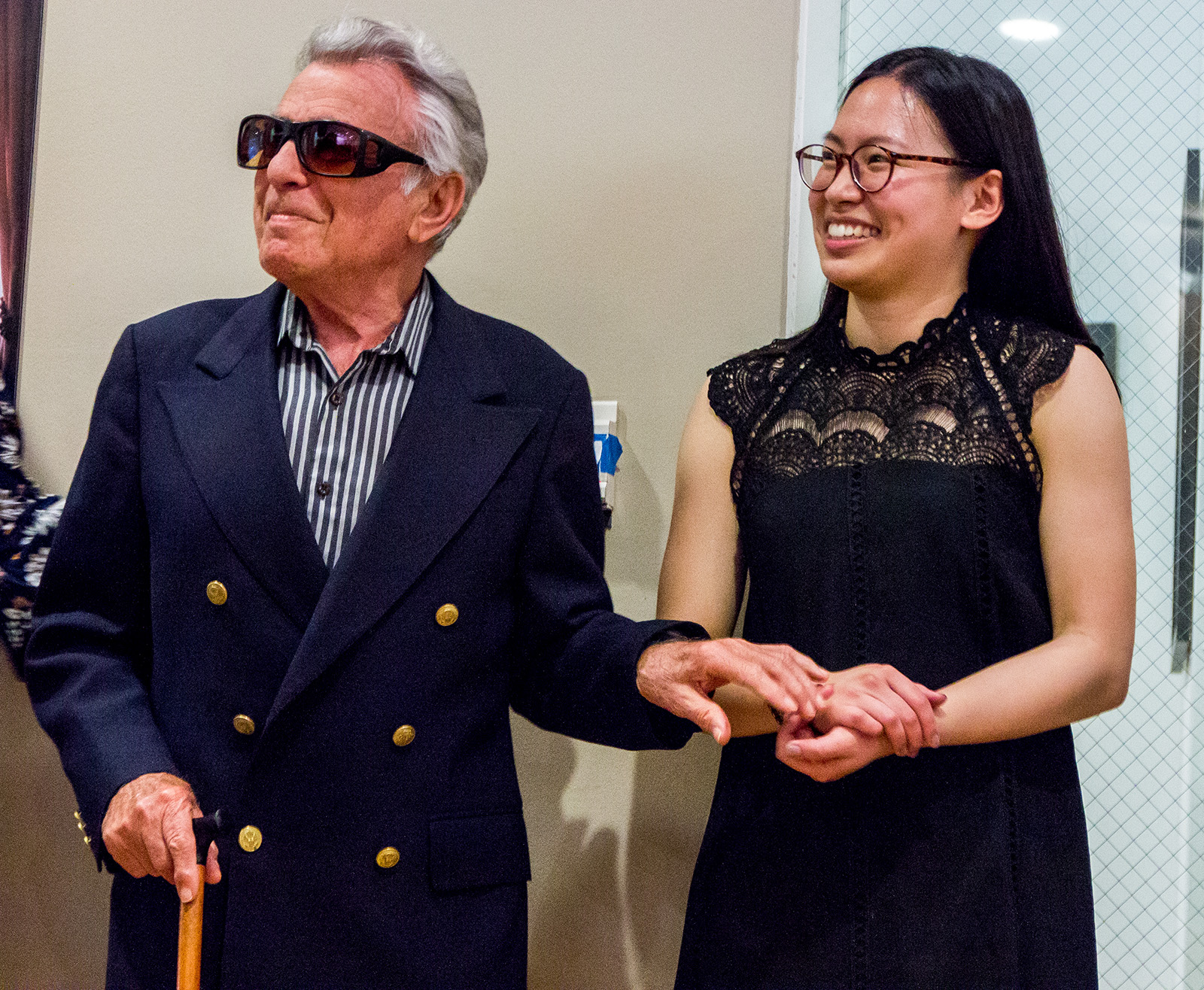 Correction: The original version of this article incorrectly attributed a survivor's story to Nancy Brenner. in fact, the story belongs to Dana Schwartz. It also incorrectly stated that Jacob Bresler found his brother living in Israel. In fact, Bresler has no living family.

Dana Schwartz was forced to say goodbye to her father without speaking or showing emotion, so as to not reveal her Jewish identity.

Jacob Bresler searched for his brother for decades after World War II ended, reading countless letters and claims from all over the world.

Schwartz and Bresler’s stories were featured at a multimedia exhibition hosted by Hillel at UCLA, a Jewish community group, Wednesday evening. Three UCLA students interviewed 10 survivors in the Los Angeles area and conveyed their emotions and experiences through photographs and videos to depict what home meant to them. About 150 people attended the exhibition.

Nicole Nordstrom, a fourth-year political science student who worked on the project, said she was inspired to create the exhibition after visiting the Children’s Memorial at Yad Vashem, Israel’s official memorial to victims of the Holocaust, in January.

“It was chilling and horrifying but at the same time some of them did survive, and so I was determined to find the child survivors in Los Angeles,” she said.

Nordstrom added they brought one of the subjects’ furniture from her home in Los Angeles and included it in the exhibition to show the intimacy of the photographs.

“We wanted people to feel the humanity of these survivors while recognizing the pain and horror of the Holocaust,” she said. “The goal was humanizing the situation.”

Nordstrom added she wanted the project to be an interactive and immersive experience.

“The best way to capture someone’s personality, what they care about, who they are, is not in a studio setting with a backdrop,” she said.

Joyce Chang, a third-year mathematics of computation student who also worked on the project, said it focuses on how their subjects found homes before, during and after the war.

“Your home shows your values, what you hold dearly and your vision for the future,” she said. “We thought this idea shouldn’t go waste.”

Chang added the survivors they featured treated the students with generosity and hospitality.

“We got to form real personal friendships with all of our subjects,” she said.

Kitty Hu, a second-year international development studies and film and television student and Daily Bruin staffer, said she thinks the exhibition can raise awareness about violence based on religion, gender and politics.

“We keep hearing, ‘Never again, never again,’ but genocide is still happening all over the world,” she said.

Hu added she hopes people will be inspired to talk to their families about their history and homes.

“Tonight is to remember these survivors and incredible people that are living testimonies to human strength and perseverance,” she said.

People at the exhibition opening praised the students for their creativity and commitment to the project.

Bresler, one of the survivors in attendance, said he admires the students’ dedication and compassion to sharing the survivors’ stories.

Daniella Chernack, a fourth-year communication student who attended the exhibition, said she thinks Nordstrom, Hu and Chang worked tirelessly to create the exhibition.

“It’s so incredible that this was a small idea (Nordstrom) had and it evolved into this intimate exposure into (survivors’) lives,” she said.

“(Nordstrom) and (Chang) are Passages alumni and this is a project that is partly in response to their trip,” she said. “It’s beautiful how they captured the stories of these heroes in such a remarkable way.”

Chernack, who is the president of Bearing Witness UCLA, a group that invites Holocaust survivors to talk to UCLA students every other week, said she thinks the survivors shared their stories to pass on their experiences and memories.