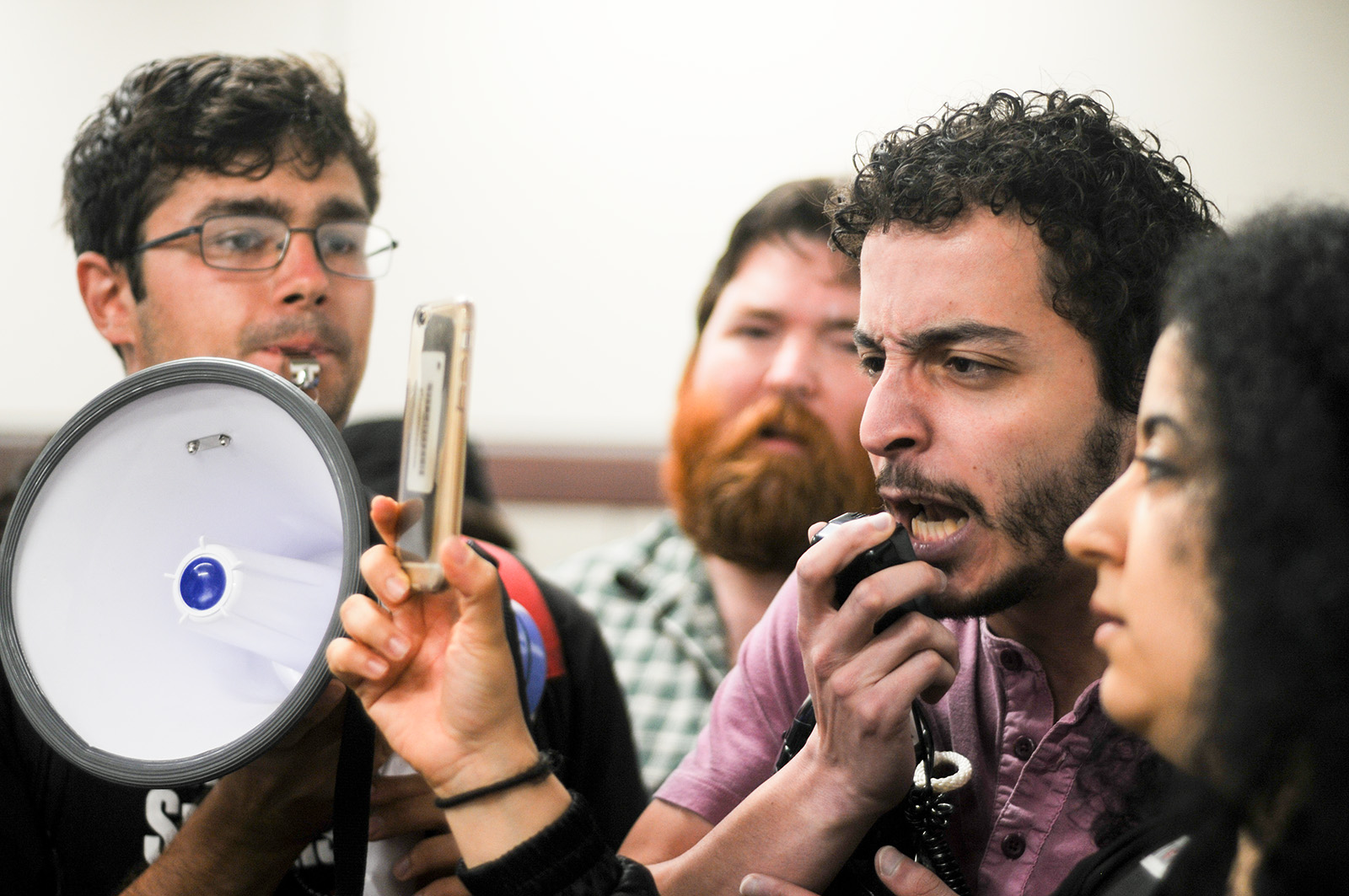 Correction: The original version of this article contained several errors. The article incorrectly stated the Students Supporting Israel and Bruins For Israel’s Indigenous Peoples Unite event was a celebration of Israeli history. In fact, it was meant to be a platform for Jewish, Armenian and Kurdish students to share the histories of their peoples. The article also originally stated Burkan Aranki helped organize the protest. In fact, he attended the protest.

Members of Students for Justice in Palestine held a protest at a Thursday event in which Jewish, Armenian and Kurdish students spoke about the histories of their peoples, claiming it did not acknowledge Palestinians as indigenous to the region.

The event was meant to bring together the three Middle Eastern indigenous communities at a discussion panel, according to its Facebook page. About 30 protesters danced, whistled and chanted, “One, two, three, four, open up that prison door, five, six, seven, eight, Israel is a terrorist state,” during Students Supporting Israel’s Indigenous Peoples Unite event. University police later escorted the protesters out of the room where the event was held.

Burkan Aranki, a fourth-year physics student who attended the protest, said he thinks the event is false because it did not feature any Palestinian speakers. He added the protesters also wanted to commemorate the 70th anniversary of the Nakba, when more than 700,000 Palestinian Arabs were forced to leave their homes during the 1948 war in Palestine.

“They say it is for indigenous people, but Palestinians are indigenous and have a right to their land,” he said.

Hirmand Sarafian, the president of Students Supporting Israel at UCLA and a second-year neuroscience student, said the event was not about the Israeli-Palestinian conflict but was instead about indigenous cultures in the Middle East. He added the protesters ignored event organizers’ invitation to have a conversation after the event.

“(The protest) was unjustified,” he said. “Many students felt physically unsafe because of the protest.”

Amir Kashfi, third-year human biology and society student and president of the Bruins for Israel Public Affairs Committee, said he thinks the protesters acted inappropriately and added Jewish students do not interrupt the events of groups that criticize Israel.

“We call upon the folks who disrupted our event tonight to think twice before engaging in such reckless behavior,” he said.

UCPD Lt. Kevin Kilgore said officers responded to the protest to keep the peace and monitor any disruptions to the event. He added no arrests were made, and protesters voluntarily left the event.