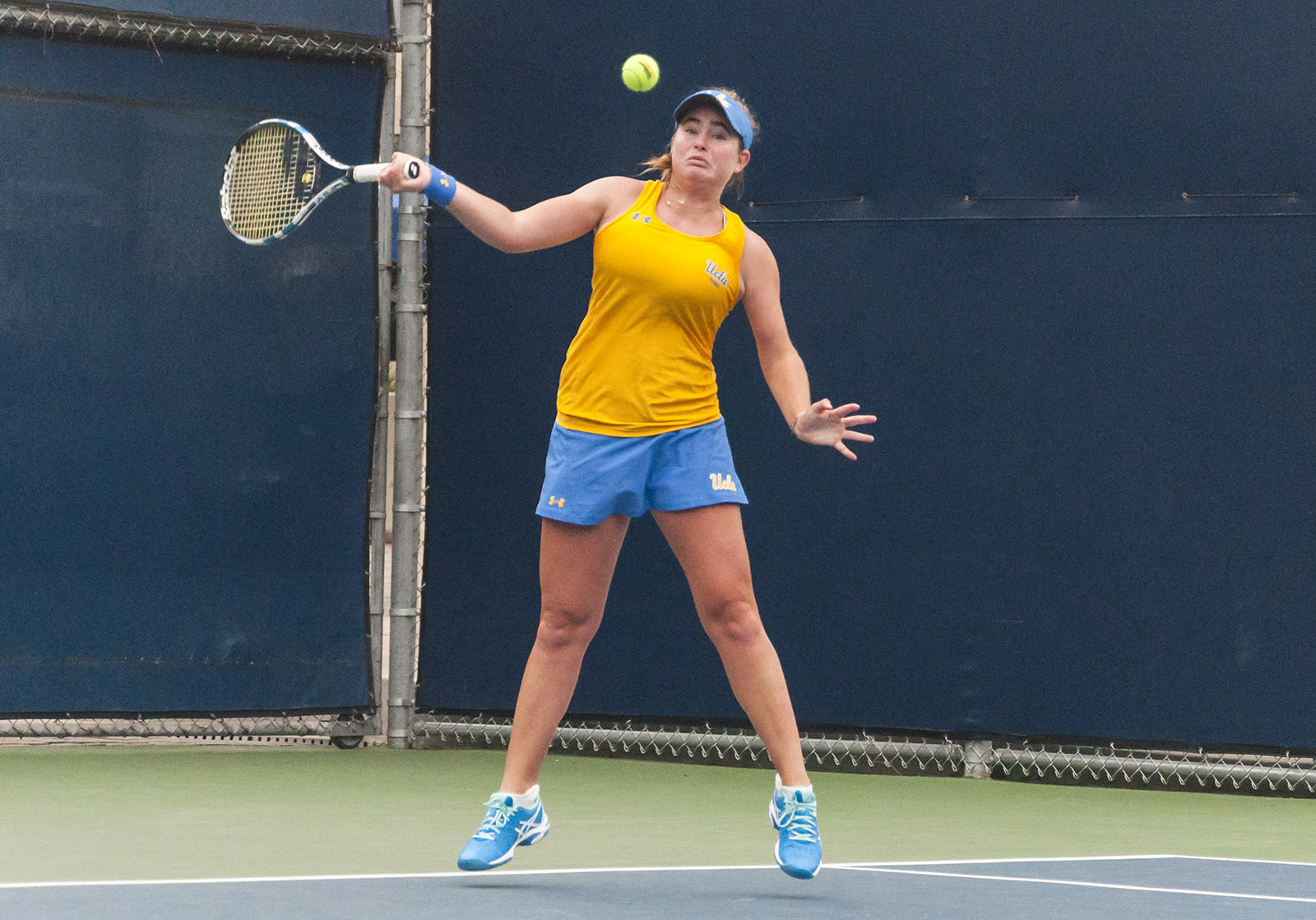 In the Bruins’ match against the Landsharks earlier this season, freshman Abi Altick was one of two players to win their singles match. UCLA will get a rematch against Ole Miss on Thursday in the Sweet 16. (Niveda Tennety/Daily Bruin)

“It’s great to be back,” said coach Stella Sampras Webster. “These last three years (have been) tough. (Qualifying for the Sweet 16) is not something that we normally aren’t able to do, but things happen.”

The two teams last faced each other in February’s ITA indoor championships. The Landsharks upset the Bruins 4-3, despite UCLA getting off to an early lead with the doubles point and first singles victory.

The Landsharks came back to win with upsets over four different ranked Bruins in singles.

“After we won the doubles point, we felt like they were going to fold, but they came out really energized,” Sampras Webster said. “They’re used to losing the doubles point and have a lot more confidence in singles.”

Ole Miss has improved its ranking to No. 6 in the nation since the teams’ first meeting, while the Bruins have dropped to No. 14.

Since that match, No. 67 freshman Abi Altick said she has been working on her serves and staying in points longer before changing direction or coming to the net.

Altick was one of two players to win a singles match against Ole Miss.

“Ole Miss is very feisty and determined,” Altick said. “They made us play a lot of balls, but I think I played pretty well in my match, so hopefully I can play the same and stay on top of them.”

“Everything is just kind of different indoors,” Fleming said. “(Ole Miss) has more of the ability to train indoors because we don’t have indoor courts in California. (But) I think this time we’re more prepared because we know their game style, what to expect (and) what’s coming.”

Altick said that, despite what the rankings may say, her team is at its peak.

“I think earlier in the season we were having our players not play well at the same time – there wasn’t that much consistency in our level,” Altick said. “I think the past few weeks we’ve been able to play more consistently, and I think everyone is at their most confident right now.”

If the Bruins upset the Landsharks on Thursday, they will face the winner of No. 4-seeded Georgia Tech and No. 13-seeded Pepperdine on Saturday.