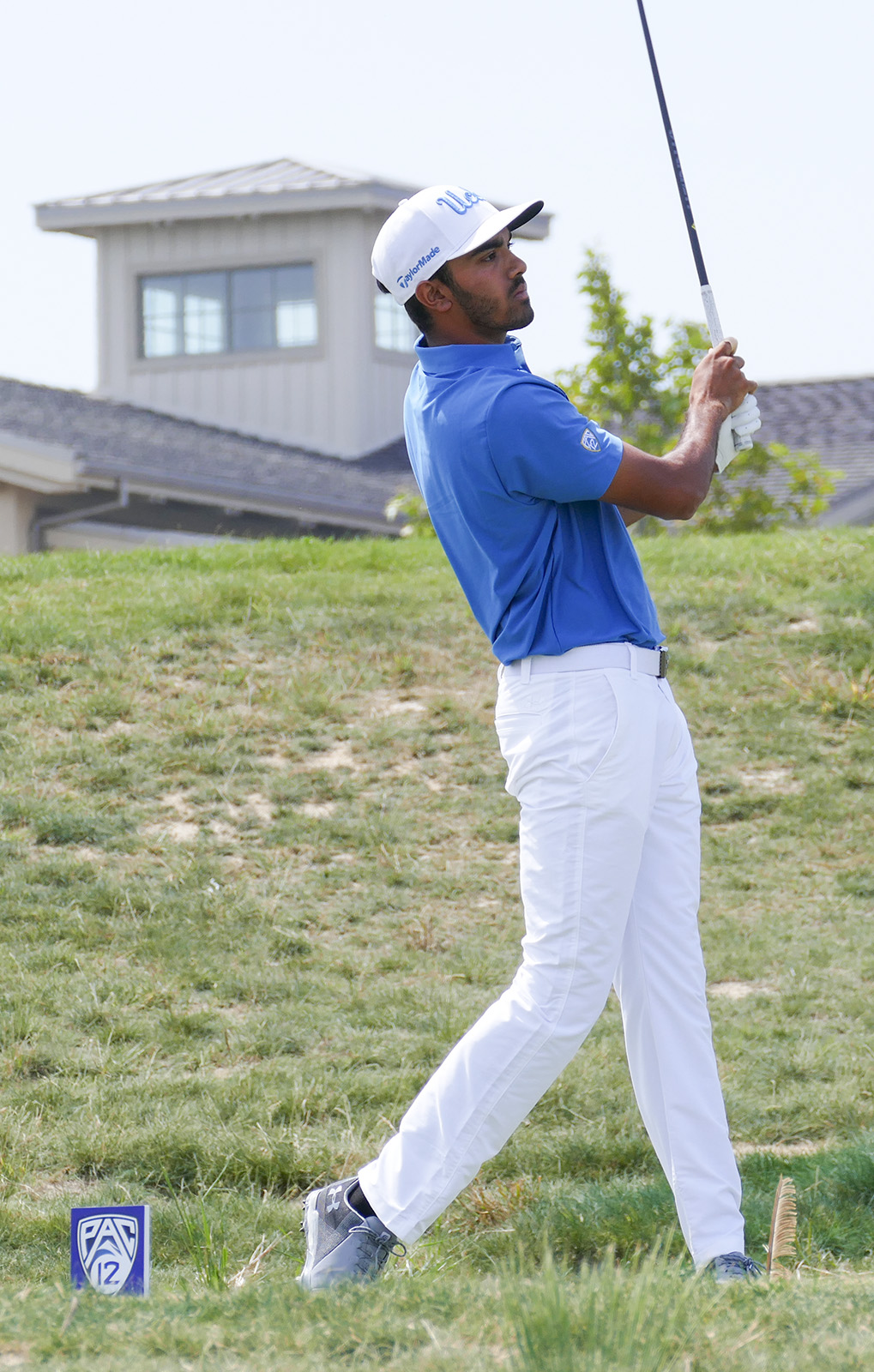 Freshman Devon Bling helped UCLA men’s golf reach the NCAA championship after finishing eighth on the individual leaderboards at regionals. Bling finished the event with an overall score of 5-under par. (UCLA Athletics)

After three consistent rounds of golf, the Bruins are headed to Stillwater, Oklahoma, for the NCAA championship.

UCLA men’s golf will have a chance to capture their second national championship under coach Derek Freeman and their third in team history.

UCLA will compete in the championship for the first time since 2015, when it was defeated by Illinois 3-2.

“It’s an unbelievable feeling,” Freeman said. “This is the level of our expectation at UCLA and for this golf program.”

UCLA was seeded fifth at the start of the tournament, but persistent play from the whole team allowed it to finish fourth. The Bruins shot 2-over par, 29 strokes behind the the Texas A&M Aggies, who hosted the event.

Despite the team’s early exit last year, Freeman said that the Bruins, especially freshman Devon Bling, were not phased by the gravity of this event.

“(Bling) had huge momentum putts all week,” Freeman said. “He just did a really nice job performing under some high-stress situations.”

Junior Cole Madey competed in last year’s regional championship as an individual but said the feeling does not compare to that of being with his team.

“It’s so much more satisfying being here as a team than an individual,” Madey said. “It’s not really too comparable, especially since we made it through to the championship.”

Bling led the way for the Bruins, finishing tied for eighth place at 5-under par for the week. UCLA also had help from Madey, who finished tied for 11th place at 2-under par.

Despite falling from the national rankings, the Bruins are confident that they can win.

“Once we get to match play, I think we have some of the best firepower in the entire nation,” Madey said. “People better watch out for us.”

The national championship will begin May 25 at the Karsten Creek Golf Club in Stillwater. The first three days of the event will be played as stroke play. However, the top eight teams will face off in match play to decide the winner starting May 29.

“Our guys understand it,” Freeman said. “We’ve practiced that. The mindset is a little bit different because you can see exactly what you need to do or not do to be successful.”