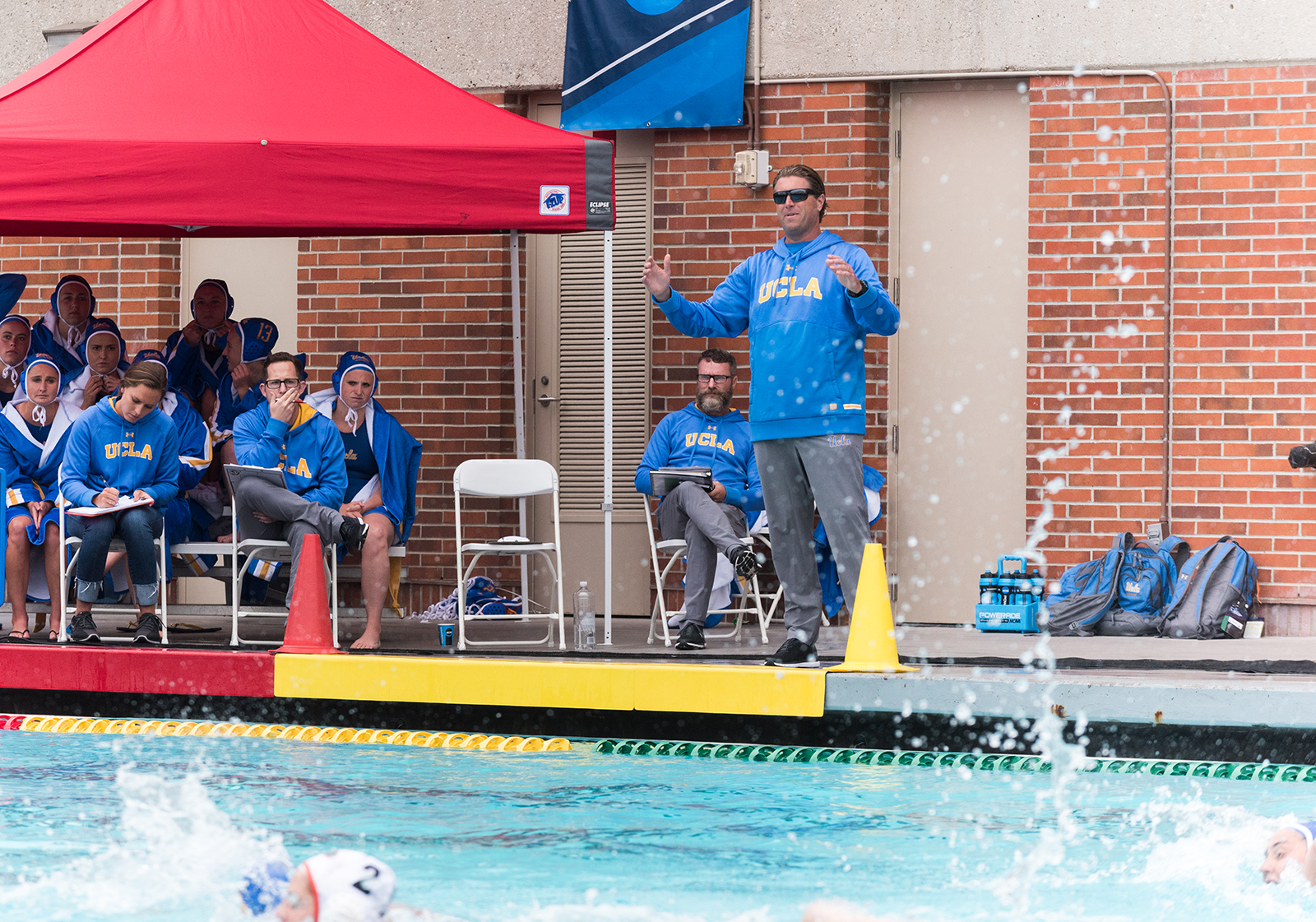 The UCLA Bruins’ season ended Saturday after they lost 10-6 to the USC Trojans in the semifinals of the NCAA championships. UCLA will be graduating a trio of seniors, but coach Adam Wright sees potential for next season. (Grant Mooney/Daily Bruin)

UCLA played against the No. 5-seeded Pacific (18-8, 7-0 West Coast Conference) on Friday and took home an 8-4 victory in the quarterfinals. UCLA earned a spot in the semifinals against USC with the win, but was sent home after losing Saturday.

This was coach Adam Wright’s first season with the women’s water polo team after winning three NCAA championships in the past four years at the helm of the men’s team.

“What he has done with the men is incredibly impressive,” said senior attacker Devin Grab. “The proof was there that he’s a winner so I definitely see tremendous success for this program in the future.”

The Bruins faced a lot of roadblocks throughout the past season. However, Wright said they never stopped growing as a team.

“(Who) we were as a team back in February (was) a completely different crew,” Wright said. “How we trained, how we interacted, what (the graduating) seniors have done.”

UCLA graduates three seniors this year: attackers Devin Grab and Nicole Reynolds and center Alexis Angermund. All three scored at least 10 goals this season and played in almost every game. Wright said one of his wishes is that he had another year with the three departing seniors.

“These three have changed the culture of UCLA women’s water polo,” Wright said. “They (were) important for what we are going to do on this team next year.”

At the MPSF tournament this year, the Bruins made it to the semifinals to once again be bested by the Trojans, who beat UCLA a record four times this season.

However, at the championship last weekend, Musselman was missing from the water. Musselman led the team with 53 goals and 31 assists this season and recorded eight hat tricks.

Wright said that the game this Saturday was rough for the first half, but they were able to rebound in the second.

“We created a lot of opportunities in the first half, we just couldn’t get the ball in. The game kind of got away from us the first half,” Wright said. “We wanted to keep them in front of us and have blocks and give (junior goalie Carlee Kapana) a chance, and we were able to do that in the second half.”

Despite having the season defined and ended by losses to USC, Wright sees potential for upcoming seasons.

“This was a great opportunity for our program moving forward,” Wright said. “We look forward to preparing to play (USC).”