The Quad: Westwood’s situation and the possibilities a new council may afford 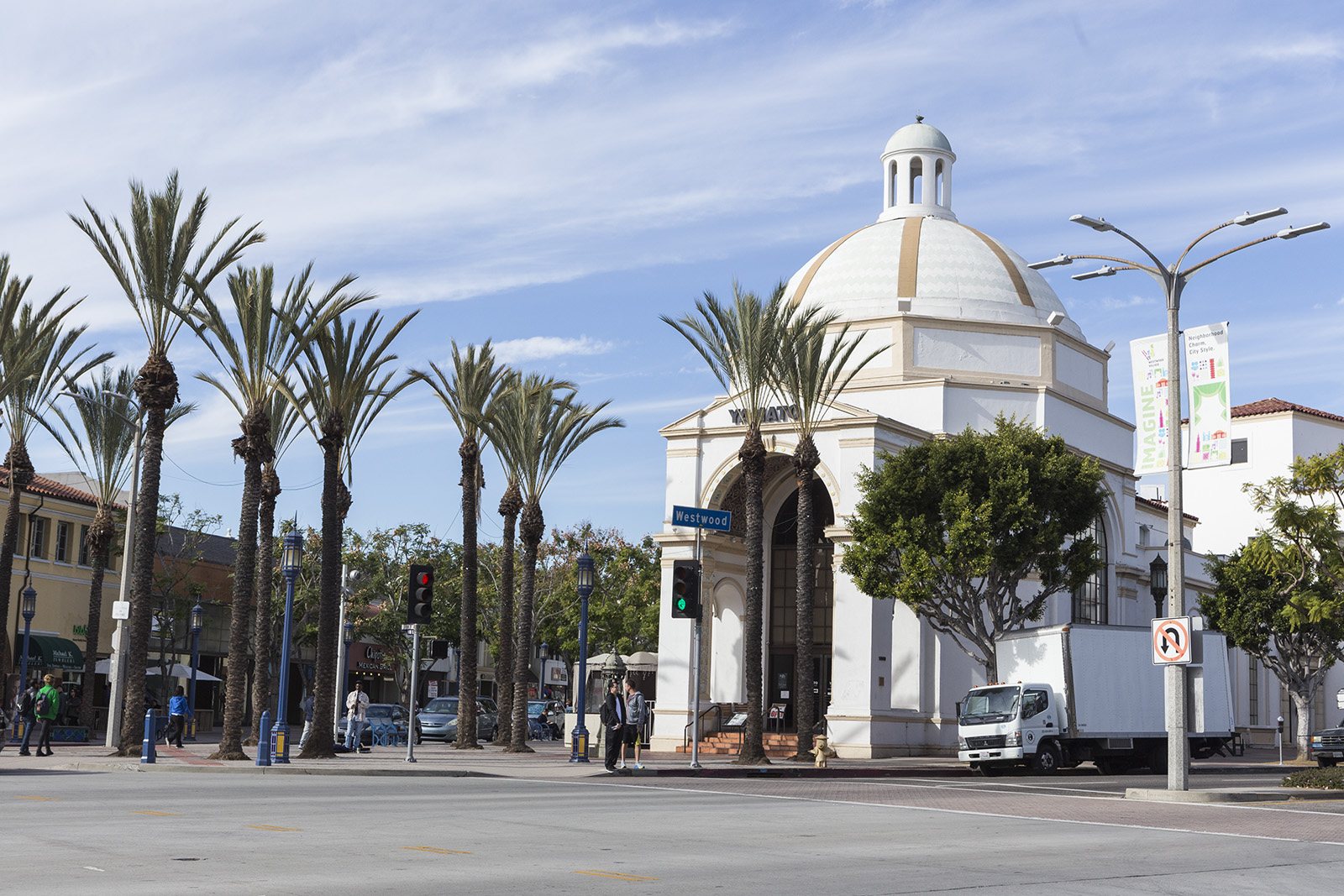 Although the new council may address some of students’ concerns, others have argued it would be ineffective and would only add to the number of governing bodies in Westwood. (Daily Bruin file photo)

Discussions about how to shape Westwood’s future over the past couple of months have been polarizing, to say the least.

Westwood Forward, a coalition of students, homeowners and business owners, submitted an application in December to subdivide from the Westwood Neighborhood Council and form a new council. The coalition hopes a new council can advocate for better representation in local governance, affordable housing and student-friendly businesses.

WWNC is composed of an older demographic with preferences that may not reflect those of the entire Westwood population, resulting in opinions that do not entirely align with students and UCLA. This can be seen in its recent decision to not endorse a UCLA housing project or its lobbying against a city plan to build a bike lane on Westwood Boulevard.

But some students may be quick to dismiss that the neighborhood council has only existed for eight years, or that the possibility of serving on the council has always been open.

Angus Beverly, a student at the UCLA School of Law who has served on the council for five years – since he was an undergraduate – said he has served alongside several students throughout his time on the council and has brought student issues to the table.

Students have nothing to lose in approving this new neighborhood council – it may in fact be possible that Westwood will become more of what they envision it should be if it becomes a reality. But they must take into consideration the repercussions that their decisions can have.

The ideas of who is represented and how they are represented have been at the forefront of this debate.

Students have proven that they can occupy seats on the current council. A student director position is written into the council’s bylaws for this purpose and students frequently occupy some of the board’s four renter seats. Overall, students can easily qualify for nine – and technically are not barred from any – of the council’s 19 seats. There are currently three students, along with several UCLA alumni, on the council.

However, Michael Skiles, president of the Graduate Students Association and a member of Westwood Forward, said the current council has not tried to make voting more accessible for students. Its 2016 election was held at the Westwood Recreation Center on a Sunday and lacked an online voting option, despite other LA neighborhood councils offering one.

Additionally, WWNC pushed its next election from 2018 to 2019 because the city clerk will no longer hold neighborhood council elections in even-numbered years, and the council did not want to pay a fee to keep the election in 2018.

“In 2019, the system was going to be so rigged against us that we wouldn’t have been able to win,” Skiles said.

But three out of four students who ran in 2016 were elected. Beverly and other WWNC members have made it clear that they are not against student initiatives, but that student participation with the council has consistently been lacking.

“Having students involved is always great,” Beverly said. “The best way to advocate for students in Westwood is to show up.”

When asked about students who have been elected to and currently serve on the council, Skiles said these students had to align themselves with WWNC in order to win their seats, and do not embody the ideals of the student body. He added the subdivision process has allowed the city to listen to students’ needs because they will be able to vote for the new council from a polling place at the John Wooden Center on May 22 until 8 p.m.

“This will be the first fair and open election in Westwood,” Skiles said.

Students and UCLA alumni who want many of the things that Westwood Forward is advocating for have managed to grab a seat at the current council’s table. For instance, Beverly has said in the past he thinks fewer alcohol restrictions could benefit business in Westwood Village and said he is working with the city to loosen restaurant definitions.

While students may be able to take seats on WWNC, the council itself has done little to engage with students and the overall community. It only began a student advisory committee in July after students initiated conversations with the council.

Other neighborhood councils have spent more resources on engagement than WWNC. The Westside Neighborhood Council hosts an annual event called Pick Pico, which features live entertainment that brings together more than 5,000 stakeholders. The Community and Neighbors for Ninth District Unity spent half of its budget on outreach last year to ensure community members understood the council’s role and the need to get involved.

Given that homeowners have kept an excessively vigilant watch over Westwood for decades, it is evident why students are acting so drastically. There are numerous examples throughout the years of city government siding with homeowner associations over issues regarding nightlife and development.

In recent years, community organizations have had little success in updating the neighborhood’s specific plans, planning and zoning documents that are more than 30 years old. But the path to updating the area’s specific plans will be a tough one that will need a lot of collaboration.

For instance, the Westwood Village Improvement Association worked with a UCLA graduate urban planning class in 2016 to propose updates to the Westwood Village Specific Plan and held a forum for the community to participate. But local homeowners were not receptive of the changes and subsequently did not want to participate in a communitywide committee to address these proposals, said Andrew Thomas, executive director of the WVIA.

To promote more housing in Westwood, Skiles said Westwood Forward wants to create an environment that is a lot more supportive of developers hoping to build in the area, and the new council would work with them to apply for variances should their proposed building not follow all current regulations.

The new council would also work with the city to update the North Westwood Village Specific Plan, Skiles added. The plan currently limits the building height in North Village to 45 feet and lists requirements for parking, landscaping and open spaces.

WWNC is responsible for discussing and voting whether to support housing projects and liquor license applications, among other land use changes. The Los Angeles City Council and staff then take this vote into consideration when deciding whether to approve the project.

Since its creation, WWNC has opposed seven out of 16 housing projects, including UCLA’s proposed apartment building on Gayley and Le Conte avenues because they did not follow certain regulations or match the area’s aesthetic, according to WWNC minutes up until February 2018.

While UCLA may be able to circumnavigate these regulations, it is harder for private developers who do have to follow them. For instance, a developer had to lower a proposed building’s height and design on 10269 Santa Monica Blvd. to receive the council’s support. Therefore, if the new council is approved, developers may soon see fewer requirements to receive support for building in North Village.

The new council will have a similar approach to businesses and nightlife by being accommodating to new businesses – especially those that can add value to the community – and relaxing rules until the Village’s specific plan and other regulations are updated, Skiles said.

WWNC’s track record on this matter is a bit more shaky. While it has supported 21 out of the 27 applications it has voted on as of February 2018, most of these permits were supported under 32 sample alcohol conditions that prevented businesses from having a happy hour or pool table. WWNC repealed these conditions in January to remove the stigma that it does not support alcohol or entertainment.

A new neighborhood council may create a better climate to encourage new businesses to invest in Westwood, Thomas said.

In fact, Skiles said some business owners have already approached him saying they plan to apply for liquor licenses, and others are seeking to move into the Village if the new neighborhood council is approved.

However, any stakeholder – including those not on the neighborhood council – may still file appeals to stop a certain business from moving in, Beverly said. He added he thinks this plays a significant role in the lack of nightlife in Westwood Village.

“You can have five student councils … but they are not going away,” he said. “An us-versus-them mentality is not going to work out for students.”

Skiles added Westwood Forward’s large number of followers can carry weight in the decisions the new council makes to oppose these appeals.

“I hope our elected officials understand that we would be the representatives of the community,” he said.

When WWNC was being formed nine years ago, it was seen as a representative voice that Westwood needed. In 2018, Westwood is in the same place and will decide again who should represent the neighborhood.

So many people are invested in Westwood, which may be why there are so many councils and boards – WWNC, WVIA, the Westwood Community Council and numerous homeowner associations. And it is close to getting another.

While having councils can help a group of people ensure they have a voice, it can diminish voices if these organizations do not cooperate.

If a new neighborhood council is created, it will not necessarily mean students can finally rest. They will have to build a stronger network with the community and work together with the city to ensure they get things done.