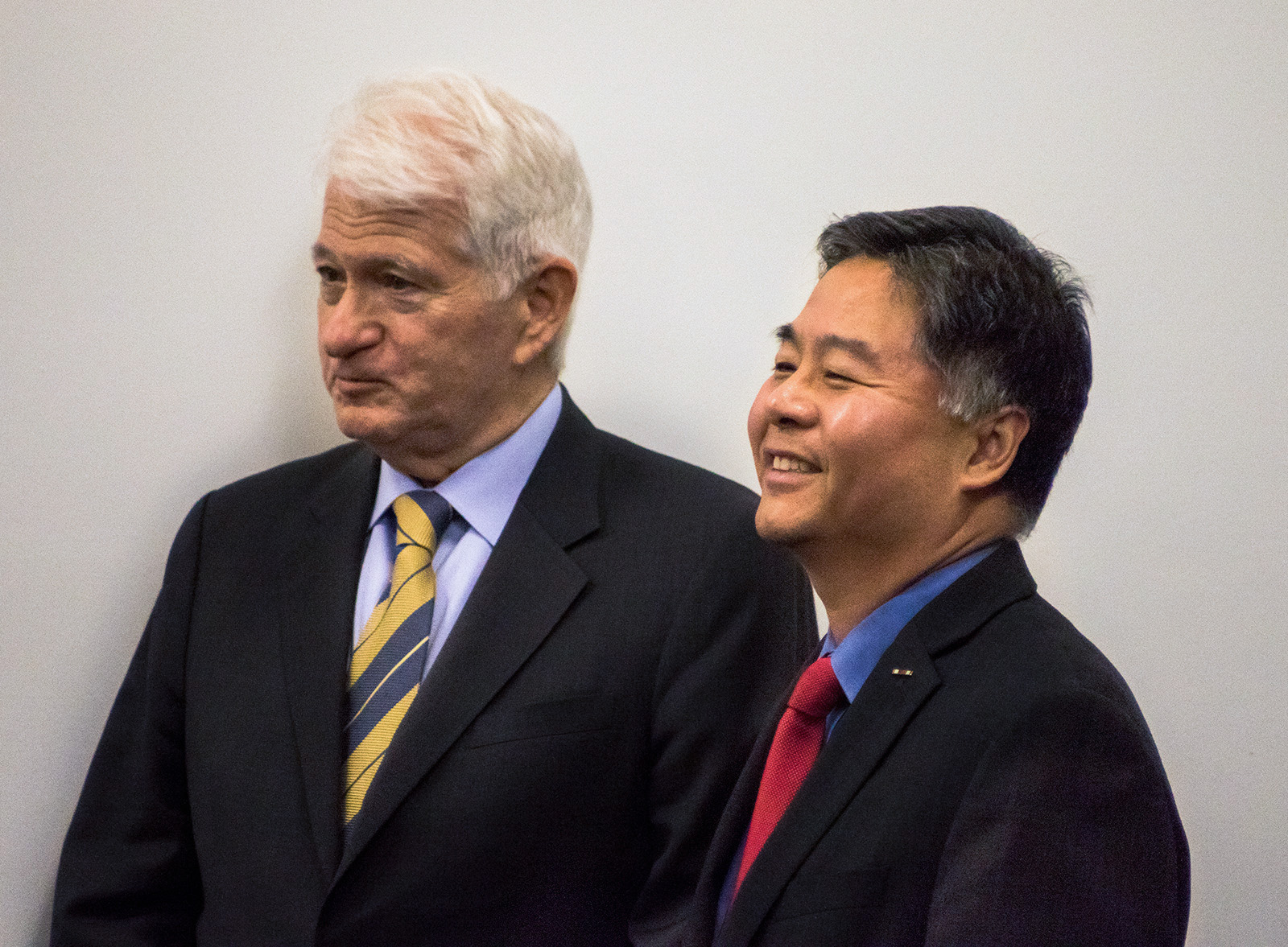 Congressman Ted Lieu (right) pulled out of the UCLA School of Law’s commencement ceremony Friday because of the University of California’s ongoing labor dispute. Chancellor Gene Block (left) has instead been scheduled to give the speech. (Ken Shin/Daily Bruin staff)

Congressman Ted Lieu pulled out of the UCLA School of Law’s commencement Friday because of the University of California’s ongoing labor dispute.

The law school announced Lieu, who represents the congressional district that includes UCLA and Westwood, would be its commencement speaker in March. However, Lieu’s office informed the law school Thursday that he would not be able to attend, said Bill Kisliuk, a spokesperson for the school. Instead, Chancellor Gene Block is scheduled to give the commencement address during the ceremony in Dickson Court on Friday.

“I was looking forward to addressing this group of outstanding future lawyers but I am confident that they have all the tools necessary to be ethical, excellent and compassionate attorneys that our country so desperately needs,” Lieu said in a statement.

Lieu’s withdrawal from the law school commencement follows a UC-wide strike held by the American Federation of Local, State and Municipal Employees Local 3299 from Monday to Wednesday. The union has called on speakers to boycott UC commencements, and U.S. Sen. Kamala Harris announced last week she would not speak at UC Berkeley’s commencement ceremony Saturday.