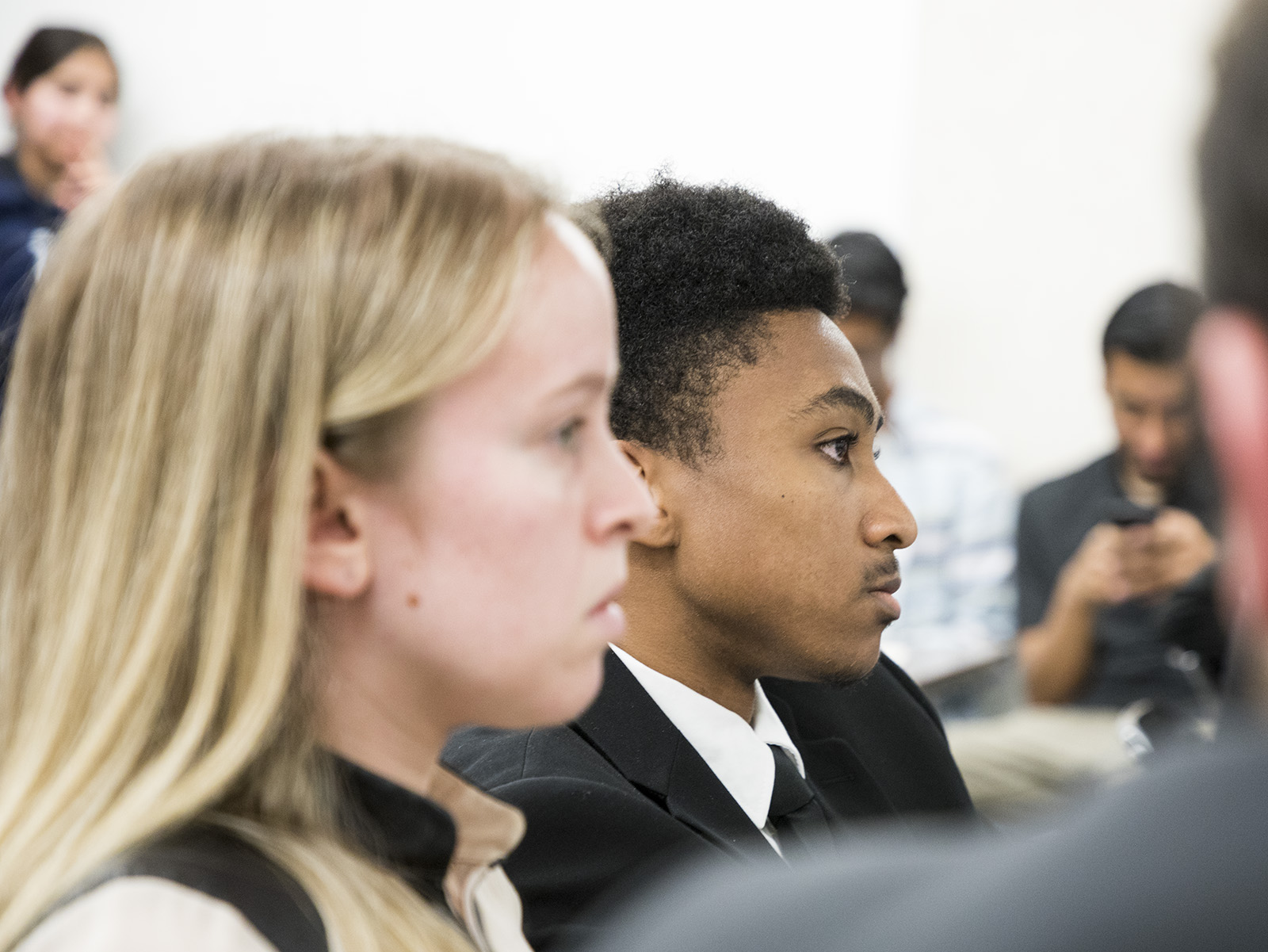 The undergraduate student government election board said during a judicial board hearing Wednesday it failed to adequately investigate a complaint about attempted voter coercion.

The judicial board held a hearing Wednesday night for a petition against the election board that claimed it failed to fully investigate complaint cases related to voter coercion and did not issue a reasonable sanction against Bruins United candidates Bella Martin and Victoria Solkovits.

During the hearing, Matthew Dunham, director of the Undergraduate Students Association Council Election Board investigations committee, said the board may not have properly issued a sanction for a complaint alleging Martin and Solkovits coerced students to vote for them at a fraternity house the night of May 3.

Sanction Case 59, which the election board issued Friday morning, barred the Bruins United slate from campaigning until 3 p.m. that day because it found Martin and Solkovits infringed upon a student’s right to vote in privacy at the Pi Kappa Phi fraternity house. The board, however, did not find that Martin or Solkovits coerced students to vote.

Matthew William Richard, one of the petitioners, said the election board prematurely ruled on a number of complaint cases alleging that Bruins United candidates targeted students at a party and told them who to vote for.

Several witnesses testified against the election board, claiming that contrary to the board’s ruling, voter coercion did occur.

Katie LaBarbera, who filed the complaint case for Sanction 59, said she and her friend were targeted by Martin and Solkovits at the Pi Kappa Phi party, who asked them whether they had voted and telling them who to vote for.

“We were cornered in the bathroom, and I told them I had already voted, but my friend said she didn’t and was asked to pull out her phone,” she said. “I kind of just felt trapped.”

Sue Han, who testified against the election board, said she witnessed Bruins United then-presidential candidate Claire Fieldman approaching intoxicated women at the Sigma Alpha Epsilon fraternity house and asking them to vote for her. Han added she also witnessed other Bruins United candidates telling students who to vote for.

Han said several of her other friends witnessed the voter coercion but were not willing to testify because they were afraid of potential repercussions.

Christine Tran, a witness for the petitioner, also said some students felt intimidated to provide their testimonies because of a Facebook post from Tina Daunt, Martin’s mother. Tran said Daunt wrote on Facebook that she had contacted a lawyer, which deterred students with few legal resources from testifying.

However, Dunham defended the board’s investigation process and said it pursued multiple ways to gain more evidence and testimonies when investigating Sanction Case 59.

For example, the board said it tried to validate evidence by matching testimonies between the filer, witness and the candidates because there was no tangible evidence for the investigation. He added the board concluded that the evidence for Sanction Case 59 was beyond reasonable doubt, based on the similarities of the time and location of the testimonies of the filer and candidates.

Dunham said the election code does not specify what type of evidence is required to issue sanctions and added the board imposes sanctions at its discretion.

The board added it contacted the filer and witness of Sanction Case 62, which claimed Bruins United candidates Martin, Solkovits and Izzy Gardner targeted men to gain their vote at the Pi Kappa Phi fraternity the night of May 3. Dunham said the board did not issue a sanction because it received no response from the filer or the witness.

The board said it was careful to issue any sanctions involving voter coercion because of the severity of the violation.

“Voter coercion is a serious violation, and the investigation committee had to be very certain about the evidence,” Dunham said.

In response to questioning from judicial board justices, LaBarbera said she felt the candidates attempted to coerce her into voting for them. Justices then asked Dunham why the election board did not issue a sanction for attempted voter coercion.

Dunham responded, “Going to admit – election board made a mistake.”