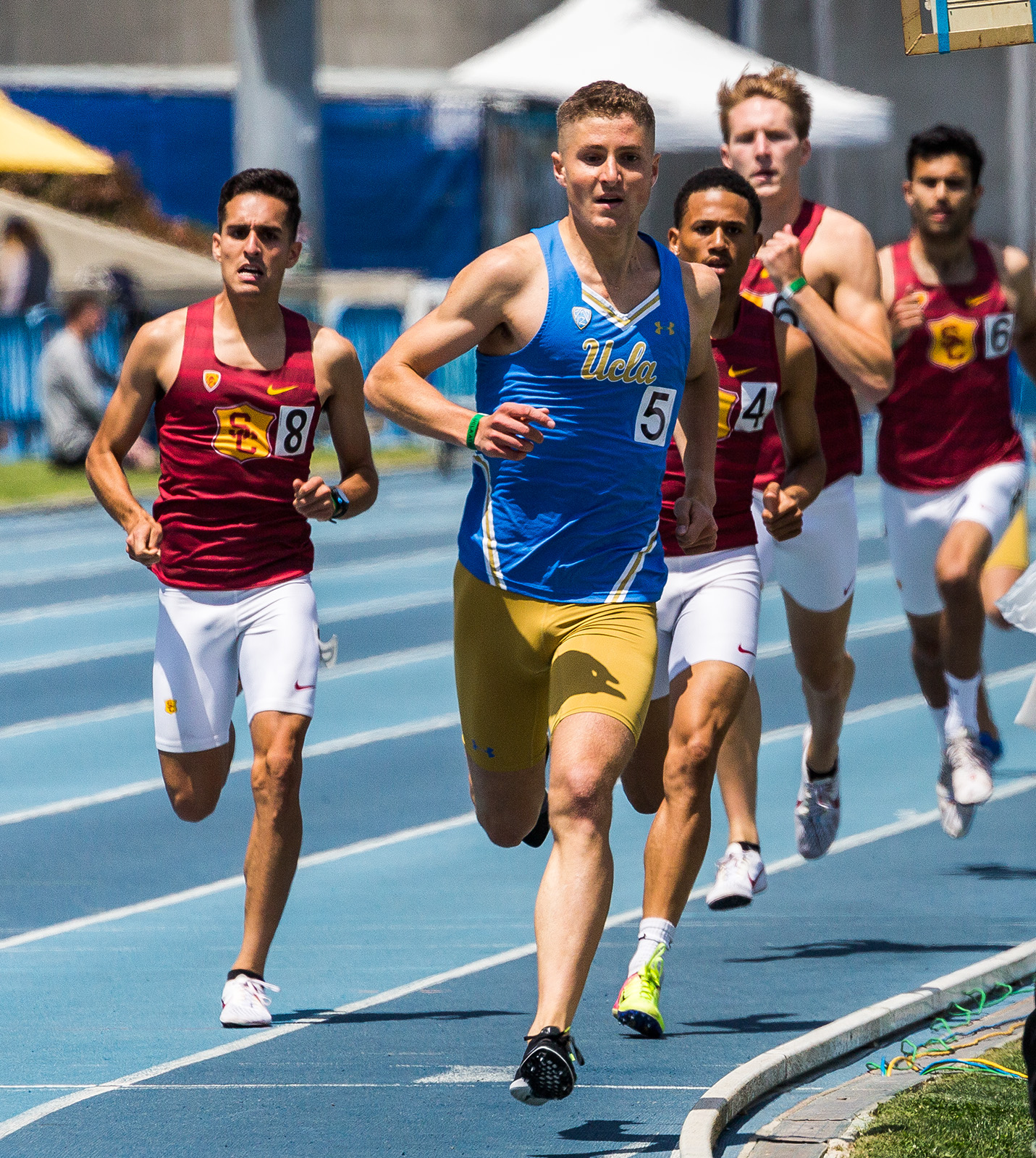 UCLA track and field’s distance team has been sitting in the middle of the pack all year, but a number of the distance runners this year have made big strides in their times The athletes have recently climbed up the national rankings and have bolstered a weak Bruins program. (Amy Dixon/Assistant Photo editor)

It’s been a down year for UCLA track and field.

At the end of the 2017 outdoor season, the Bruins had 25 athletes ranked within the nation’s top 50 in their respective events, according to TFRRS.com.

This year, 25 has dwindled to just 14 and the relay team, as the Bruins are missing a significant number of key athletes who would normally bolster that number.

Sprinters Rai Benjamin and Leon Powell, distance runners Austin O’Neil and Julia Rizk and jumpers Isaiah Holmes and Michael Burke were all in the top 50 at the end of the season last year. Benjamin was ranked in the top 50 in three events, as freshman thrower Alyssa Wilson is this year.

This year, all of them have either graduated, transferred to another university or are taking a redshirt year.

As a result, names that were nowhere in the top 50 last year have made a push to fill the gaps left by some of UCLA’s top athletes from 2017.

Distance runners junior George Gleason and redshirt senior Myles Smith are two such Bruins who have pushed up the rankings this year.

“(Gleason) has been training really well this year,” said senior distance runner Scott Snow. “He had a really consistent rise to how he’s running now. I don’t think anyone that trains with him would be surprised that he’s doing so good now. “

Junior Robert Brandt is another distance runner who has been able to bolster a particularly thin track and field team this year. Brandt is a new addition to the Bruins’ roster, transferring in from Cal after last year.

“It’s been a really smooth transition (from Cal),” Brandt said. “I’ve had a good group to work with … and (men’s distance assistant coach Devin Elizondo) has really been in tune with our training.”

Brandt and Snow are both headed to the Pac-12 meet this weekend in the hopes of bettering their times and to prepare for the Western regional two weeks after that.

Herrera will be in attendance as well, but will be one of very few sprinters racing for the Bruins this weekend, as the sprints team has struggled to maintain a presence on track with Benjamin gone and without Powell on the track.